My 8 Pieces Of Business And Money Advice For My Daughter

By Sallie Krawcheck, Chair of Ellevate Network and Co-Founder and CEO of Ellevest

New year, new opportunities, a time of advice handed down. Here’s what I told my daughter during our time together over the holidays, on money and business:

1) I’ve had jobs I’ve loved and jobs I’ve had to drag myself out of bed to get to. I’ve had bosses who coached and taught me and ones who….well….not so much. On both, the former is so much better than the latter. It’s worth keeping up the search until you find those, understanding that you have to make a living along the way.

2) Failure is ok. We females take it harder than the guys. But failure builds resilience and resilience builds long-term success, according to research by Accenture. The business world is changing so much more quickly than when I started out, I believe failure will become more common – and you risk failure by playing it safe and standing still.

3) As a society, we are becoming much more aware of inherent gender biases. But that doesn’t mean they don’t still exist. They do. You might not see them when you first start out, but – because likability and success are inversely correlated in women – you are likely to notice them over time, believe me. Identify them when you see them and discuss them. Sunlight, disinfectant and all that....

4) Ask for that raise. If you start out making $85,000 – and you are making 77 cents to a man’s dollar – getting this boosted to his level means that you can earn $1.7 million more over the course of the next 30 years. Yeah…$1.7 million more. We women report that we hate asking for the raise, but this is worth making yourself a little uncomfortable for, huh?

5) Then invest that raise in a diversified investment portfolio. We women are underinvested compared to men, a "gender investing gap" that we rarely talk about. Invest that money, instead of putting it in the bank [1] and you can earn another $1.7 million over those 30 years. Most women don’t recognize how much they are giving up by “playing it safe” with their money.

My team and I are working to launch Ellevest, a digital investment platform for women, to help close this gap. (Just wait til you see it. It’s going to be different from anything else out there. We’re rethinking a lot of long-held assumptions.)

6) There are logical reasons that “Queen Bees” (those senior women in business who don’t help other women) have existed. Historically, women were actually penalized at work for advocating for other women. Advocate and root for other women anyway. The table can get bigger, the pie can grow, more women can be successful.

7) Others have chosen different ways, but I had my children early and never hid the fact that I was juggling as fast as I could from my colleagues at work. Remember when I told you you could reach me by my cell anytime you had an emergency? Remember that time I was on a broadcast with hundreds of Smith Barney branch managers and you called…because 6-year-old you couldn’t find the pink nail polish? It was worth putting them on hold so that I could tell you where it was.

8) Work hard. Work hard at something you love. For most of my career, hard work and success were positively correlated. Not every year, in every job. But most years, in most jobs.

And I hope it always goes without saying: if you have to choose your ethics or your job, pick ethics every time. Every time.

This article originally appeared on LinkedIn 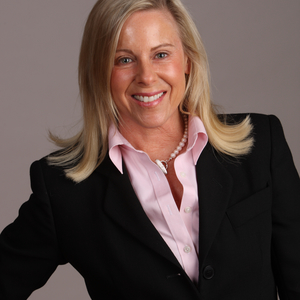 Great article for our daughters Sallie! I especially like number 6, as I could never understand this one, about why women wouldn't support other women. Thank you!