Make The Most Out Of Your Next Networking Event

Networking. The word gets a bad rep. People say networking makes them feel like they have to be schmoozy, salesy or fake. It’s even worse if you’re an introvert and would prefer to just be left to your own devices. But you can’t find a new job, create new business or even move up in your company without it.

In her recent Jam Session, Tara Lynn Foster talked about how she had to get over avoiding networking, especially when you are at a conference or another professional event. When she left a job at a large financial company to go off on her own, she realized that she needed to personally build relationships in order to see her business grow.

She realized this when had a ticket for the Inc. Women’s Conference. She knew there would be people there who might be interested in her services. The introvert in her didn’t want to go, but the businesswoman in her knew that she needed to.

Since then Tara has developed a different approach to networking. She sees it as something you build, rather than something you do. She says that when you approach it that way, it opens up a lot more possibilities.

She has four high-level tactics that she likes to use:

She breaks them down even further.

Crowd: You can know a lot, ahead of time, about who is going to be at an event you’re going to. Think about who you already know that is going. Think about who might be great to talk to. You can research these people. Did they just win an award? Did you two work at the same company? Put it in your toolbelt for later use.

Compliment: She likes to wear a unique jacket at events, a statement piece. She always gets compliments on it.

Commiserate: When breaking the ice with someone, she likes to try something like, “You know this is my first xyz conference.” It’s not a time to complain about the food or be a Debbie Downer.

Always remember how you’re standing. If you’re paired off or face to face in a small circle, it can be hard for someone new to break into conversation. She says to try a V for victory. Open up that face to face or circular conversation. It also makes it easy to exit.

Criteria: Be clear about what do you want to get out of the event. What would make it a success? Do you want to meet more people, speak directly to one of the presenters? You can’t confirm success unless you set the criteria. It sets intention.

Bring your character: Bring your best self to a conference. Make sure that when you walk into the room you present your best self, both mentally and physically. That means making sure your clothes are cleaned and pressed and don't have any remnants of the day on them.

Your curiosity: Be a good listener. If someone thinks they’ve had a great conversation with you, it’s probably because they got to do most of the talking. People like to share their stories, and they do that through open-ended questions. Keep a conversation going by avoiding yes or no questions.

Your concentration: As you listen, pay attention to details. Turn off electronics. Don’t use them when you’re in the room. The world is not going to end while you are at a networking event.

Be appropriately authentic. When you walk into a room it will take people eight seconds to form an opinion of who you are. It will take eight to ten additional meetings to change that opinion. So always give people the very best version of yourself.

Also remember that you deserve to be in that room. You were invited for a reason.

You’ve been in the room, you’ve had great conversations...so now what?

Think about Dorothy in The Wizard of Oz. She didn’t just talk to the scarecrow, she asked him to join her on the road.

Ask people for business cards. Follow up if there’s a connection.

The more you practice networking, the more it grow and the better you get at it. 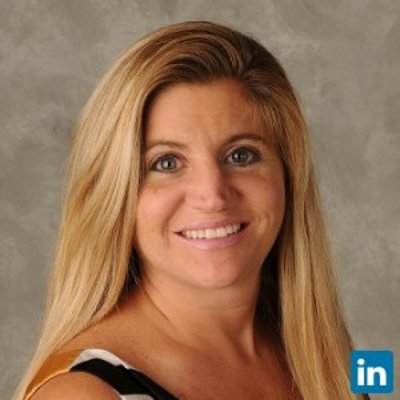 All great tips/reminders on Networking!