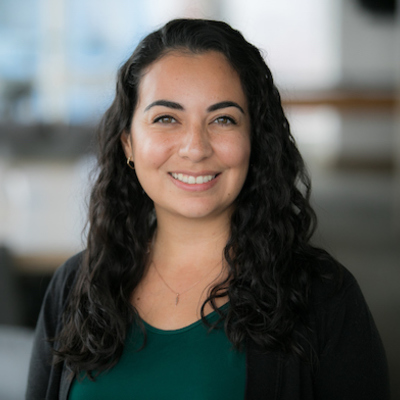 Ellevate Network recently had the opportunity to host a special panel discussion with global PR firm Weber Shandwick in New York City. The topic of the discussion was the Future of Women in Business, discussed by Michelle Giuda, SVP Global Corporate Communications at Weber Shandwick; Georgene Huang, Co-founder of Fairygodboss; Rebecca Caruso, Vice President of Communications and Diversity & Inclusion at L’Oréal USA; and moderated by Ellevate Network President, Kristy Wallace.

In a room packed with female professionals , these leading women in the world of business talked about the state of gender diversity in the c-suite today, the obstacles women face that are keeping them from advancing to top level positions, and what the landscape for female CEO's looks like in the future.

The Need for Transparency

Georgene Huang told us that she started Fairygodboss because there were no other websites offering the kind of company reviews she was searching for. "I was 2 months pregnant when I lost my job and found myself in this very awkward position of having to interview. It made me very conscious of my gender for the first time in my career," she said. "So when I went online to look at employee reviews [of companies], I was interested in specific things; whether there were leadership positions, whether there was networking, whether there was support." In the future, Georgene shared that Fairygodboss will be a place for employers to share how they support their female employees and what they're doing for gender parity in the workplace.

L'Oreal is a company that's already making moves to close the gender gap from within. "We have 68% women employees, and yet when you dice and slice the data, men are still at very top levels. So, we put a lot of programs in place to help them [women]," said Rebecca Caruso. "Our EDGE certification measures where we are in terms of men versus women in salary, promotions, and flex time taken at every level. So we know where we have gaps, and that helped us put a plan in place to address those things and to change those numbers."

Weber Shandwick has recently released research reports that focus on gender in the workplace. According to Michelle Giuda, "What we found is a paradox: the majority [of companies], 73-75%, do believe they will achieve gender equality in the c-suite by 2030. But only 44% actually have formal goals or plans in place to achieve that."

[Read More: Over Half of Ellevate Members Believe Companies Can Reach Gender Parity in 5 Years]

So what will it take for companies to realize the need to take action? It might mean making them aware of the importance of their reputation as employers. "What we found is that the proportion of senior women you have in senior management is correlated to your reputation," continued Michelle. "If you look at the most admired fortune 500 companies, they have twice as many senior women in their management teams versus contenders with less reputation."

But when the rumors are that there are not enough women in the c-suite because there isn’t enough talent, or because women are not interested in reaching these ranks, how do you move from there? There's now research that shows 76% of non c-level female executives report interest in pursuing c-suite positions, compared to 56% of non c-level men. The next step, Michelle says, is to find the discrepancy.

"If we look at how men describe it they’ll say there’s a lack of female talent and leadership. If you look at how women responded, they say it’s because of cultural barriers. Unless we can determine what the cause is, it’s really hard to determine what the solution is going to be," she says. "It comes down to how to address the cultural barriers women are seeing to break through that glass ceiling."

Part of the solution, says Rebecca, is listening to your employees. "Our surveys tell us a lot about the company culture, about the feel they’re getting, about the support they need. We put action plans in place to try to address those needs. You don’t get perfect results right away but if you don’t measure, you don’t know where you’re falling off the charts."

Based on a survey done of Ellevate members, almost half of respondents said new maternity and family perks, such as egg freezing and nannies on planes, aren't a step in the right direction for companies. Rather, they perpetuate the culture of all access, all the time. Michelle Giuda says this is because things like parental leave shouldn't be considered perks, but staples in company culture.

"The research we’ve seen says women want to have a culture that’s really infused with senior women that are invested in their development and their personal career goals," she said. "It comes down to a cultural piece and making sure it’s a priority in the company they work for, versus just a 'perk'."

And when companies make their company culture a priority, their reputation goes up. According to Weber Shandwick's recent reports, 17% of the executives of the most admired companies are women, compared to just 8% at contending companies.

"If you look at those companies and some of their best practices, it’s not rocket science," said Michelle. "They include making sure the CEO in the c-suite sees gender equality as a priority."

Rebecca added, "I think it certainly comes from the top down. If the chairman or CEO thinks [diversity] is a priority, it’s amazing how many people get on that bandwagon. The impact of personal story and communication is also key. Nothing resonates more with our employees like personal stories."

"And from a communications perspective, a lot of them talk about their goals, priorities, and the progress that they’re making, both internally and externally. It’s great for company culture and it’s also good for external reputation," said Michelle.

Having the Courageous Conversation

However, for the conversation of gender parity to happen within a company, employees and employers both have to feel like it's something that should be talked about. Georgene said, "It’s basically impossible unless there’s room or acceptance to talk about it. You’re not going to talk about it if you feel like you shouldn’t; It’s about leading by example."

The panel also touched on the importance high-level women being mentors for the women employees who strive for more. "When you look at executives who raise their hand and want to be CEO someday, about 29% of them are women who work for a female CEO," said Michelle. "So there’s a correlation between seeing a CEO woman at the top who inspires you and reminds you that it’s doable, and who is having an impact and inspiring the pipeline below them."

"Every time I meet a woman who wants to intern at our company I try to give her some feedback after the interview because I feel that it’s one of these skills that oftentimes, afterwards, you really don’t know how you did," said Georgene. "It may sometimes offend somebody or make them uncomfortable but that’s something I think is important to do."

Rebecca said that L'Oreal has made mentorship a priority, to teach women important business skills that will help them move forward in their career with the company. "We have a lot of mentorship programs at the company and we help them find the courage to speak up. As a French company L’Oreal is very big on confrontation, but confrontation is very different to the French."

"Anytime you get a chance to work with and mentor somebody it’s about pushing them to their boundaries and seeing how far they can go," said Michelle. "I know with my experience, the times when I surprised myself the most were when I was pushed beyond my comfort zone. Instill confidence and see how far people can grow and become leaders in their own right."

[Read More: Networking, Mentorship, and Sponsorship: What Ellevate Members do to Close the Gender Gap]

By the end of the evening, one important question remained; how do we inspire CEOs to believe that striving for gender parity is the right decision? Turns out, it may come down to more than just the numbers.

"There are a lot of studies that show high profit and performance in diverse companies," said Michelle. "But, I think it’s the external conversation that is going on, and those companies who are doing well and have diverse boards need to communicate that to their employees and the outside world."

Johanna Pulgarin is Program Manager at Ellevate Network, where she concentrates on managing the existing membership benefits program, and plays a key role in the development and administration of future benefits. Through conversations with users and future members, her goal is to engage the community and help foster meaningful connections through Ellevate's online platform. Continue Reading 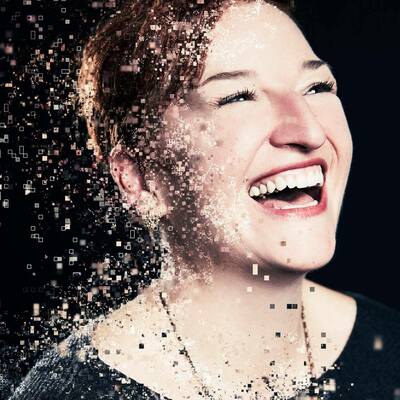 Great read - thanks for encapsulating some key points from what sounded like a powerful discussion.

Meet experts like Johanna to talk about how to use these ideas in your career:
I'm Ready to Meet the Community