Why Leaders Don't Usually Change -- and How They Can Learn To 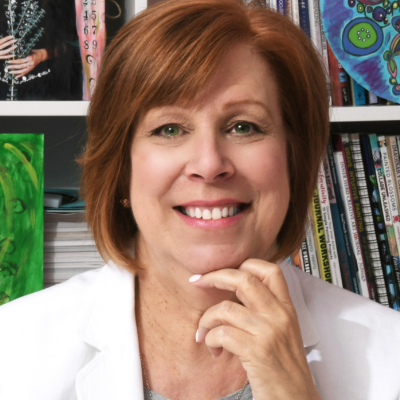 Over the years, I have worked with many leaders who seem to be on a hamster wheel of making the same mistakes over and over again. They are often frustrated and bewildered by their lack of progress despite all their efforts to improve their leadership effectiveness.

The learning industry, and probably your HR Department, provides all kinds of skill development. This multi-billion-dollar industry has a training program for every skill a person could want to develop in any industry. Training can improve our skill level – but it doesn’t have much of an impact on the effectiveness of leaders.

Consider your best boss. What were the behaviors they demonstrated towards you that causes you to hold them in this high regard of “best boss”? Perhaps they were fair and you value fairness. Perhaps they mentored you and helped you to shine in your company. What did they do?

Now consider your worst boss. What were the behaviors they demonstrated towards you that cause you to hold them in this low regard? Perhaps they were only concerned about their own success. Or, they were harsh and critical when mistakes occurred.

If you’re in a leadership role, you’ve likely done this exercise in a leadership training workshop. You go into the workshop and the facilitator opens with a light discussion about best boss/worst boss.

And then you receive your 360’ report and find out what kind of boss others think you are.

Whatever the feedback, you’re likely to take it on the chin and say something like “feedback helps me to be better” while secretly feeling disappointed and at a loss with what to do with this information. Feedback certainly can shine a light on where we need to focus our attention. But the challenge with 360’s is that they bring attention to the behavior – not the cause of the behavior.

In order to change beyond the level of a New Year’s resolution, we need to get to the cause of the behavior.

As an example, I was recently coaching a C-Suite executive. She had received 360’ feedback from her executive team that she wasn’t allowing her team the autonomy they needed to be effective in their roles. In other words, she wanted to have the final say on every decision.

They were very unhappy in their relationship with her and some of her key team members were looking for jobs outside their company. Her organization was going through triple growth, and losing even one key team member at this time would have had a tremendous impact on keeping up with the demands of this growth.

At the rational level, she understood she needed to empower her team and develop them to where she could be comfortable with how they were executing their business. She was well-meaning and wanted to be thought of as a “best boss”. She had made several “New Year’s resolution” commitments to change and while she was sincere in her desire, they were short-lived.

When we began her coaching program, she shared all the times and ways she’d tried to make this change. But there was something driving her behavior that even she couldn’t put her finger on. Every time she would make a full-hearted commitment to give her executive team more autonomy, something inside of her would snatch that back and she’d find herself once again having the final say on all decisions in her group.

This willingness created an opening for her coaching to go to the deeper level of her beliefs. I took her into a process where she was able to uncover her beliefs, to where she could “see” the system holding these beliefs in place, and to the roots of these beliefs.

In short, she grew up in a home where she did not learn to trust herself. Her every move, every grade, every sports performance was scrutinized and critiqued by her parents. They were well meaning and wanted to push her development. But as a result, rarely did she feel her accomplishments were celebrated. She never felt that all of her hard work was “enough.” All of this scrutiny taught her that while there was always room for improvement, perfection was the only time that celebration was warranted.

So what did this mean for her as a leader? Because she saw her team as a reflection on her own performance, every mistake they made, every inch of good that “could have been better,” she believed was a direct reflection of her work. This deep belief causes her observable behavior to show up as being unwilling to delegate.

[Related: How to be an Indispensible Leader]

When we see these systems within ourselves, we can begin to appreciate why changing that 360’ feedback is so challenging. In order for this leader to change her behavior and give her team more autonomy, she had to first work with her own belief system about perfection.

This is not uncommon in leaders (all humans, actually!) We all have belief systems that influence why we do what we do. The challenge is that for many leaders, they’ve never been given the tools to examine the root cause of the behaviors that hold them back and then do something about it.

Here's how you can change your own belief systems:

1. Notice when you’re behaving counter to your development goal is a great starting point. You might even want to keep a journal so that you can track yourself over time. Consider feedback you received on a 360’ that you want to change and create a development goal, i.e. “delegate more to my team.” Whenever you find yourself doing the opposite of this behavior, write down what you were thinking and feeling (Yes – we need to pay attention to our feelings. Feelings are the glue that holds our belief systems together). Over time, you may begin to notice a pattern of when you work counter to your goal.

2. Get an accountability partner. You may not always catch yourself doing the opposite of your development goal. Find someone you can trust to be honest (and supportive) of you who will bring it to your attention when they see you working counter to your goal. (Then go back to Step 1 and journal about it.)

3. Find a coach who does depth coaching. Not all coaches do this work, but look for one who was trained by an integral or ontological coaching school. They are trained to be able to be able to get to the "why" behind the behavior.

Meet experts like Terri to talk about how to use these ideas in your career:
I'm Ready to Meet the Community