Four Critically Important Rules for Getting and Giving Feedback 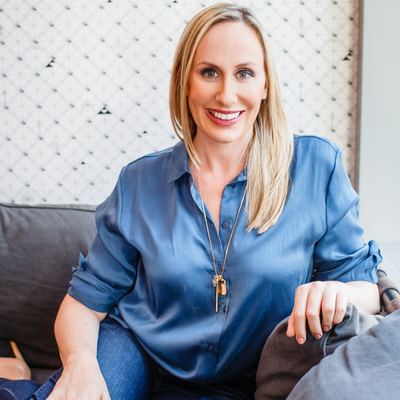 Last December, Kim Scott’s talk on “Radical Candor” on the First Round Review Blog went viral and made criticism cool. In the talk at Scott describes how her former manager, Sheryl Sandberg, was able to lovingly but assertively coach her into improving her public speaking by giving her extremely candid feedback. In the talk, Scott presents a framework for thinking about candid criticism and how it can help us all to be our best.

Sandberg herself has pointed out in her 2013 book “Lean In” that managers are often afraid to give female employees the same honest, critical feedback as they give to men. Sometimes in the case of, for example, how one dresses, this can be because of sensitivity around gender topics; in other cases, there may be a fear of hurting a woman’s feelings that (legitimate or not) stops criticism. The problem is, upon receiving feedback, the men are given a chance to improve. Women are not given this growth opportunity when they are not given critical advice.

As a female entrepreneur in an extremely competitive field, I had been thinking I should give this criticism thing a chance. And this was really brought home to me when I attended a Techstars panel on women in tech featuring female VC Samara Mejia of MATH Venture Partners. Mejia sees hundreds of entrepreneurs and reads through countless pitches, but she noticed a striking difference between the men and the women who pitched her firm. When the partners pass on male led projects, the men ask for criticism and they come back again and again. When the firm passes on women, they generally thank them for their time and are not seen again.

[Related: How Informational Interviews Can Help Even Experienced Professionals]

I’m not naturally thick-skinned but I came to realize that in a crowded marketplace, I need to get all the help I can to improve. And, as a woman, I can learn more if I actively elicit feedback from others. The only problem is sometimes criticism can feel insanely awful and not all criticism is useful or coming from a good place. Some people aren’t nice. Some people aren’t thinking about your interests, but have their own agenda. And some people just don’t have awesome ideas.

As a process person, I decided I needed some rules of the road.

Need to know whether to brush it off or take it in? Follow these tips to separate the tips from the potshots:

Respectful criticism is specific to a time and incident. Consider how it feels when someone says, “I was disappointed to get your report later than our agreed deadline. How do you think you can improve next time?” vs. “You’re always late. Do you even care about doing your job?”. The first might sting. It’s shining a light on a mistake and nobody loves to think about mistakes. But the second goes after your core personality; it’s needlessly hurtful. In fact, when criticism is too sweeping and general, the recipient will likely feel there is no point to even trying to improve.

[Related: How to Ace a Phone Interview]

Criticism, in a professional context, needs to be actionable. In other words, you have to be able to fix it. If you’re a manager, it’s your job to be able to suggest actions to fix the problem. If you don’t have any ideas, it’s not productive to bring up the concern. Imagine if your boss tells you your presentation is too long. “Ok, what do you think I should cut back on? What should I keep?”. “I don’t know, just seemed too long.”. While not necessarily mean spirited,it’s a lot more like whining than actionable advice.

Criticism in a professional sense should be about doing, not being. For one thing, we should be free to “be” lots of different ways in the workplace. We are paid for our work - not to change our identity. And it’s very hurtful to be criticised for our personal characteristics, if not offensive. When we want to change how someone impacts the workplace, we need to identify and provide feedback on their actions. Do or don’t do.

The jury’s in and the old idea of “sandwiching” a criticism inside a compliment is not effective. Studies have shown that this just puts the recipient on guard, waiting for the insult buried inside. They don’t really hear the positive breading. I personally think the sandwich is a flawed approach for a more basic reason. If we actually think the feedback we are giving is mean, we shouldn’t be saying it at all. If, on the other hand, we are giving feedback because we care about those we are leading and want them to excel, we should give the criticism with confidence. Part of leadership is modeling calm and grace through tough times.

We all carry baggage, and for some of us, giving and receiving criticism does not come easily. But the most successful people find ways to receive criticism because it is essential to growth and improvement. And at the end of the day, you may be wise to disagree, to stay your course, or to choose something different than your mentor advises. The important thing is that you are able to listen with a clear head and to objectively see yourself and your actions as others do.

Ultimately, feedback is knowledge. And more knowledge is always a good thing.

Megan Matt is the founder of Augl, a platform for service businesses to support clients on mobile through reporting, forms and data collaboration. Megan has been an executive in global services for ten years and is passionate about finding ways to empower small businesses to succeed in today's fast paced world.

Enthusiastic about women in tech entrepreneurship and learning from other women leaders. Continue Reading

Meet experts like Megan to talk about how to use these ideas in your career:
I'm Ready to Meet the Community