Why Do Women Have to be Perfect at Work? 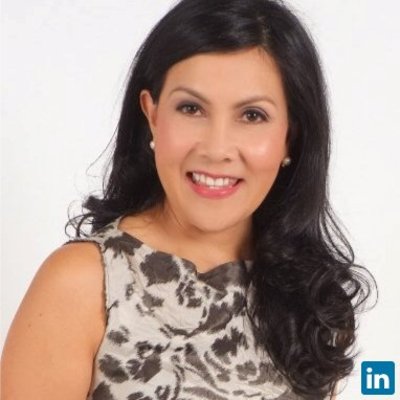 Social and cultural conditioning teaches us what behaviors, demeanor and roles we should expect from men and from women. These expectations were set centuries ago when the world was a very different place. Yet, not enough has changed in cultural and social expectations for men and women today. While women are far more educated today, and many work full-time, both men and women still unconsciously expect women to display behaviors and demeanors more appropriate to the mid-20th century, than the 21st century.

Success in the workplace requires the same characteristics in both men and women. In reality, men get praised for displaying assertiveness, objectivity, tenacity, initiative, political astuteness and charisma, while women who possess and display the same characteristics are labelled as pushy, aggressive, “ice queen”, emotional, manipulative, tough, spinster and masculine. Even when they have earned their place at the table, they get referred to as “tokens”. Mindsets have to change for there to be real progress in equality in the workplace.

If we insist on pejorative labelling, and pointing out how flawed our women leaders are, and denying them their humanity, then how on earth can our successful women be beacons to truly inspire more women to follow their lead?Many successful men, if judged by the same standards that we have for successful women, would not survive the avalanche of personal criticism irrelevant to their job performance or character. We expect our successful women to be paragons of virtue, to be “just right”, not too hot, not too cold. But we don’t expect the same of men. We allow men their complexities and their flaws but not women. We want women to exude a sheen of perfectness (as defined by mid-20th century values), we don’t expect the same of men. This double standard must stop.

We must celebrate the amazing courage, resilience and brilliance of the women who made it to the top, and have compassion, respect and understanding for the hard choices these women had to make in their lives to achieve their success. Even if these are choices we won’t make for ourselves, we need to respect the choice of others. Successful women get criticized because they are viewed as privileged and out of touch, and therefore not fit to lead other women since they can’t possibly empathize with the struggles of ordinary women. That is not the point. A role model is there to inspire and lead, the role model is not our best friend. If a role model is exactly like us, then they are not role models, they are simply peers that we can pace ourselves with.

Successful women worked their way to the top, most were not born privileged, so these women had starting points similar to most people, and they found a way to achieve and contribute. We should look at what made them stand out and look to those qualities for inspiration and guidance.

Women have complex and challenging lives. Our life circumstances vary greatly, and there is definitely not a “one size fits all” solution. However, none of us are special snowflakes, and we can all gain by adopting and adapting from women role models who have found ways to overcome difficulties on their terms, and let them inspire us to transcend our own circumstances. The role models we pick will be as diverse as our own lives and challenges, and they can be from all walks of life.

[Related: 5 Things You Can Do to Improve Gender Equality Today]

But when we don’t identify with successful women role models, we need to refrain from criticizing and tearing them down. That woman role model may be another woman’s beacon, and maybe our daughter or granddaughter’s beacon one day. It is not a personal affront when a woman succeeds on terms we disagree with. It diminishes all women when we decide to tarnish a role model with our criticisms because we don’t identify with them, disapprove of their personal choices, or because we don’t think they did enough to help all women. It reinforces the double standard that women need to be perfect (but not men), and messages everyone that successful women are “fair game” for personal attacks. This simply reinforces the fear, and contributes to women choosing to “play small” to avoid controversy, and criticism.

We have to re-frame how we view women role models, and what we expect from them. The re-frame can look something like this:

1. We acknowledge that they are people just like us, they are vulnerable and flawed, and we have compassion for them,

2. Then we recognize and applaud, that despite the vulnerability and flaws, and very likely many obstacles, they have managed to do something good or great (remember that nothing is absolute, it’s all relative), whether it’s for themselves, their family, their organization, their country or the world,

3. We identify the qualities, circumstances and motivations that got them there, (could be passion, need, self-awareness, ambition, courage, inspiration from another role model, positive self-belief, perseverance, education, family support etc), and the choices they made along the way,

4. Then we ask if there is anything they represent that we can adopt for ourselves to help us on our journeys, and inspire us to reach a little higher,

5. We hold that little nugget, and adapt it to our own circumstances (the goal is adaptation, not 100% adoption),

6. If we don’t find any nuggets for ourselves, we can safely assume that there is a nugget there for someone else,

7. Then we silently (or not) wish them the best in their journeys, and we continue with ours, confident that we have treated her with the respect she deserves even as we may not identify with her, and make her choices,

8. We remember that so long as she did good somewhere, that is good enough (that’s the standard we hold for men). Women leaders cannot save the world for women on their own, that takes a village.

When we elevate the qualities that contribute to success for women, and we celebrate those women, we elevate all women in the process, and the world will follow our lead. This is an important part of getting to equality in the workplace and in the world.

Donna coaches women on career success and leadership, and she embraces this role everyday with excitement and gratitude. She has worked on Wall Street, been a start-up entrepreneur, and a real estate broker. She is a very proud mom of 2 teenage boys who keep her young. It iDonna's mission to help women lead lives to their fullest potential, and succeed on their own terms.To learn more about Donna, visit www.donnameyer.org.

It's my mission to help women lead lives to their fullest potential, and succeed on their own terms. I coach women to think big, and live well. Having worked with women as professional colleagues, clients and friends, I KNOW that women are as talented as men in the workplace, in business and in life, so we have every reason to share equally in wealth and abundance. My broad experience and international work as an investment... Continue Reading 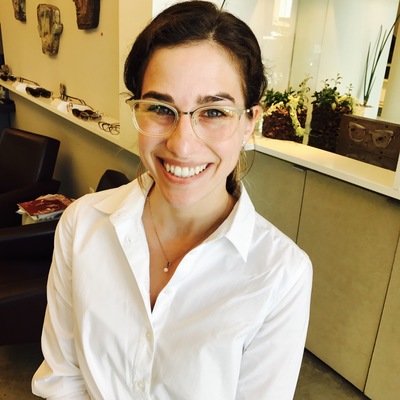 I really like the focus here on adaptation not adoption. There's a lot of wonderful advice for women on how to succeed in the business world, but it can be so prescriptive. In the past few days I've read two different articles, one telling me to project authority by wearing dark, neutral colors in the workplace and one telling me to embrace my femininity and wear bold colors that will get me noticed – and that's just about how to dress! Never mind the advice on asking for a raise, leading a team, dealing with casual sexism, etc. I always appreciate when women who have made it to the top share the personal attributes that have helped them succeed, but it's good to remember that we are no one but ourselves and we have to adapt the wisdom and inspiration we receive from others to fit our own path.

Meet experts like Donna to talk about how to use these ideas in your career:
I'm Ready to Meet the Community