Three Types of Mindsets that Prevent You From Succeeding at Work 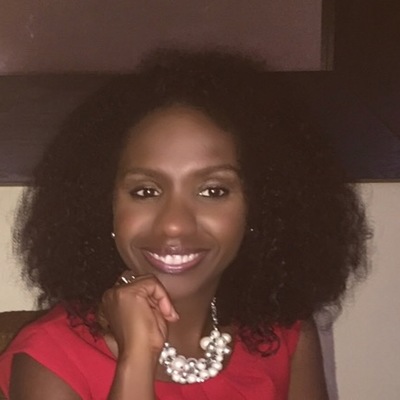 If there’s one thing Soraya’s known for, it’s her hard-working attitude. She’d be the first one in the office, and the last one out. She’d eat at her desk, taking on more than everyone else, volunteering for every project, and adding on to her to-do list over and over again. Until she hit a brick wall. She realized she wasn’t happy at work, and to top it off, her colleague got the promotion she had been working so hard for.

For the longest time, like Soraya, I thought working hard, keeping my head down and logging in hours at work was the formula to succeed at work. So every time I’d face a failure, I’d blame it on myself, the circumstances, the environment, the other people... And every time I’d achieve a victory, or pass a milestone, I wouldn’t stop long enough to appreciate it and build on it for the future.

So many of us wonder why we’re not where we want to be in our careers. Why this or that other person has risen higher than us in Big Corporate. Or why it’s so hard for us to make it to the next level. So we start questioning ourselves, others, the system, politics, etc.

[Related: The One Thing You Must do in Order to Get Promoted]

There are certainly many reasons that can prevent one from being successful at work. And yes, a number of these reasons may or may not involve external factors and circumstances. However, one of the most overlooked aspects of career success for many, if not most of us, is mindset.

As I came to find out later rather than sooner, our thought patterns, belief systems and mindsets do define our reality. This applies to our careers as much, if not more, than it applies to our entire lives. After all, don’t we spend the majority of our time at work? Isn’t it where many of our interpersonal relationships get defined, and where so many of us get a (false) sense of worth? Which in turn can lead to perceiving ourselves and others in a way that doesn’t allow us to bring our full potential to the table. So we may end up shrinking, backing away, or just settling.

Out of all the negative mindsets that can affect our career, these are the most challenging I’ve had to deal with (and am still dealing with):

The confidence gap is real! Despite all the progress we’ve made as women, we’re still nearly absent at the top of the corporate game. Yes, we’re earning more degrees than ever before in the US, constitute half of the workforce, and are even closing the management gap. Yet, we’re still confronted with a debilitating lack of self-assurance, as shown by overwhelming evidence.

I can’t count how many times this “I’m not enough” mindset has kept me from striving at work. This constant feeling that all things being equal, I didn’t deserve the promotion, or wasn’t qualified enough for the job.

[Related: 4 Ways to Embrace Your Strengths and Claim Your Power]

It’s not until we’re willing to face this self-limiting mindset that we can finally express our full potential. One of my favorite mantras is a very simple one: “I’m enough!” In life as well as at work, holding this belief can make a world of difference between actively claiming success, and letting it pass us by.

If there’s one place the green-eyed monster reigns supreme, it’s at work. That co-worker who nabbed the promotion before us. Or that big opportunity being handed to your colleague. It’s so easy falling prey to comparing our careers, and ultimately our lives to others’.

As Iyanla Vanzant puts it so well, every time “we compare ourselves to each other, we commit violence against ourselves.” Understanding we have different paths, and that one’s career is unique, makes all the difference.

Failing is hard, especially at work. Yet, it’s from our mistakes and failures that we learn the most important lessons about life and work. Believing that failing on this project, getting a bad review or dropping the ball on a deadline, makes us a failure, creates a snowball effect that’s hard to stop.

I’ve had to remind myself time and time over, that I couldn’t allow myself to remain in a place of failure. It’s OK to fail, what’s not OK is to stay there and start believing you’re a failure.

Have you dealt with any of these mindsets at work?

This article previously appeared on The Corporate Sister.

I'm a working mom, professor, writer, author and consultant, as well as founder of The Corporate Sister platform. I'm currently working on gender diversity in business, more specifically in accounting, research as well as on my second book. Outside of work, I love hanging out with my little ones, family and friends, and am an avid reader and writer. Continue Reading