This morning I’ve announced a second round of funding for Ellevest. In addition to raising money from institutions like Silicon Valley-based venture capital firm Khosla Ventures and Morningstar, Inc. our newest investors include Venus Williams (yes, that Venus Williams); Mellody Hobson, president of Ariel Investments; Theresia Gouw and Jennifer Fonstad of Aspect Ventures; Sonja Perkins and Karen Boezi of Broadway Angels, a group of women investors who invest in women-owned businesses; and Astia Angels, which also invests in women-owned businesses.

Two thoughts on this:

The first is that this is women investing in women. At Ellevate Network, “invest in women” has always been one of our principles and, more importantly, something we’ve lived by. And we see women “investing” in women at the Network all the time by spending time together, sharing advice, sharing leads, and sharing insights. We all believe in this concept of women “investing” in women deeply.

What makes me most proud about this funding announcement is it’s women literally investing in women. And a number of these women —  Venus Williams, Karen Finerman, Sharon Vosmek and Shamini Dhana — are members of the Ellevate community.

They are investing their money in Ellevest, which has a goal of helping other women invest their own money. And since we all know that money is power, they are using some of their hard-earned power to help other women realize their own. Talk about paying it forward.

My second thought is that this funding round is the result of networking. As so many of us know, networking has been cited as the #1 rule of success in business, and we believe in it at Ellevate Network. (Get it?) I’ve written before that my path to buying Ellevate Network (and founding Ellevest) began with my sitting next to Arthur Levitt, former Chair of the Securities and Exchange Commission, on a flight out of Phoenix. I remember saying to him “You’re Arthur Levitt!!” and of course he said “And you are..??”

Well, it turns out that same string led down a different path. I met a venture capitalist….for whom Ellevest was too late-stage, but he sent me over to Khosla Ventures, now our venture capital investor in this latest round.

So networking matters. In fact, it can be life-changing. Like course-of-your-life-changing. It’s helped my Ellevest squad put together an A-List of women investors.

I’ve been in the financial services industry for three decades and I can tell you that nothing like this — a group of women this powerful, investing in a business whose goal is to make women more powerful — has ever happened. I can’t wait to see who’s next.

(Oh, access to Ellevest remains invite-only….unless you’re part of the Ellevate Network community. In that case, you can use this link to get to the front of the line: https://secure.ellevest.com/invite/ellevatenetwork . You know, family and all that.)

Investing entails risk including the possible loss of principal and there is no assurance that the investment will provide positive performance over any period of time. 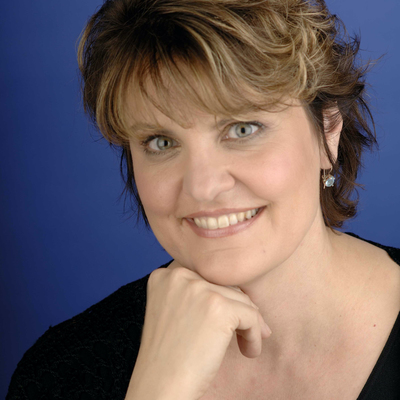 Great news and testimony to the power of women helping women!