The Purpose and Power of Positive Feedback 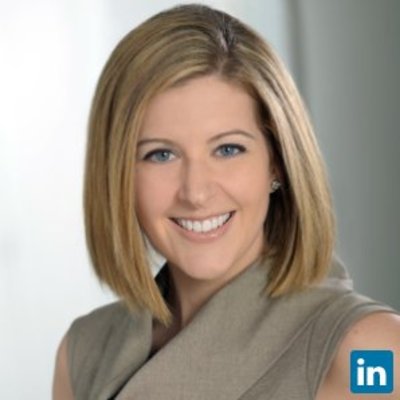 I regularly find that leaders harbor emotionally-laden, often erroneous, beliefs about themselves and their own leadership talent that compromise their ability to perform. Put simply, most leaders don’t know their own strengths, and it undermines their effectiveness.

Take the example of the over-talker, a leader who has to have the first and the last word. Often lurking in the deep recesses of the over-talker’s brain is a well-kept secret: many privately doubt they are smart enough. When a leader sees him- or herself as not that smart, he or she feels anxiety and compensates by trying too hard to demonstrate to themselves and to others how smart they are. They have something to prove. They feel compelled to exhibit their knowledge by profusely sharing it, in effect coming across as a know-it-all. And it’s not just the leader’s reputation that suffers. To the extent that he or she blocks others' efforts to contribute and deprives subordinates of the opportunity to develop, it’s the team’s overall effectiveness at stake.

This anxiety often pervades their own mental frame despite the fact that their peers regard them as plenty smart, even exceptionally so. The comments I often hear are, "Mary is incredibly brilliant, but she doesn't know how to manage people." Sound familiar?

Leaders typically overdo it to compensate for a perceived (often imagined) deficiency. Stated another way, leaders overdo what they underestimate.

This is exacerbated by the fact that I regularly find that leaders do not know the extent of their own strengths. In fact, the strongest leaders don't see what they do well as clearly as their coworkers see it. This finding is consistent with a more general finding in social psychology research. While people regularly overestimate their performance in areas in which they are not competent, the most competent people in a given area underestimate their competence. They are of the opinion that other people are as capable, or even more, than they are.

[Related: 5 Vital Behaviors to Learn When You Become a Leader]

Our challenge as consultants is that resistance to positive feedback is human nature. We all suffer from "negativity bias." That is, we react to the bad more strongly and persistently than to the comparable good. Senior executives are not immune to this. In fact, it is compounded by the fact that as managers climb the corporate ladder, they get less and less candid feedback about their weaknesses. CEO's and other top leaders are well aware of natural tendency for subordinates to want to "suck up" to the executive team and often treat positive feedback with skepticism.

[Related: Four Critically Important Rules for Getting and Giving Feedback]

In practice, I help people overcome that resistance to positive feedback by gathering and presenting a large quantity of data about a leader’s positive attributes, drawing from a large representative sample of those who are best able to evaluate the leader—superiors, direct reports, peers, former colleagues, and when applicable, customers—and present both qualitative data in the form of interview quotes and answers to open-ended questions, as well as quantitative ratings on a 360 assessment.

By sharing incontrovertible evidence of leadership strength comprised of positive co-worker feedback, leaders come to believe that they indeed have strength in an attribute that they formerly underestimated in themselves. Allaying that anxiety naturally alleviates overuse of that strength because the leader stops feeling compelled to overcompensate.

Jennifer Farrer is a leadership consultant and communication expert in the quality of life business. With a trained eye for what’s really going on and a knack for forcing tough issues with both warmth and persistence, Jennifer helps business leaders—from entrepreneurs to Fortune 500 CEOs—focus on the right things, have more productive (and enjoyable!) working relationships, and make fundamental changes to ultimately lead better—and lead better lives.

Hello there! I'm an eight-plus year Ellevate member because I have met so many smart, ambitious and FUN women who are now good friends of mine. My coaching and consulting company helps growth-minded organizations and executives develop the individual and collective mindset that best supports their goals for themselves, their employees and organization. Grounded in contemporary neuroscience, our method for learning and change helps clients unearth the thoughts and feelings that keep them stuck in old patterns.... Continue Reading