The Breakdown Before the Breakthrough: Now is Our Time 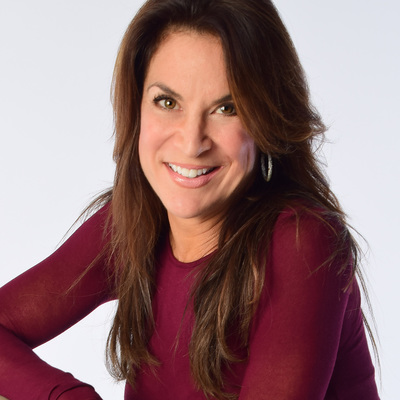 It’s so easy to take sides, get angry, blame and criticize. It doesn’t help and that only increases the divide.

If you take a look at any time you’ve personally grown, it’s because of the breakdown before the breakthrough. You had enough of whatever wasn’t working for you. Maybe you hit rock bottom by losing that job, getting that diagnosis, being on the end of that massive and painful betrayal. It rocked your world, it shook you to the core. You couldn’t imagine healing from something of that magnitude, from the psychological earthquake that would forever change your worldview into 2 sides: before it happened and after it happened.

Take a look at what happened next.

At some point, you made the decision that you’ll overcome this, that you’ll figure out a way to get through it.

It wasn’t easy. You slayed many dragons along the way. There were days where you were so emotionally and physically exhausted from the trauma that you felt like giving up and giving in. You couldn’t imagine healing from the pain, from the hurt and there were days where getting out of bed was all you could do.

Think of what happened next.

You picked yourself up and continued to climb. With each step, your confidence grew, your belief in yourself grew and a new resolve grew as you realized you can do anything.

Look at you now.

You can look back at that dark time with love, pride and compassion for yourself because of where you are now and what it took to get there. You never imagined you had that strength, that ability and that amount of resilience but you did.

It was the breakdown before the breakthrough.

Every time you overcome a challenge of any kind, it’s like another notch in the belt of an improved level of confidence and self esteem. You don’t earn those feelings by running away from that obstacle, by blaming others for your circumstance or by numbing yourself so you don’t have to face it, but by finding ways over, under, around and through them.

Now is the time to nurture our wounded hearts and minds and then take action to move forward.

Yes for so many this feels like an insurmountable climb but it was YOU who at one point many years ago, crawled, then stood, then waddled, then walked, then ran. You didn’t sit there complaining because you were crawling. You had a goal, an incentive and every reason to keep trying. Falling wasn’t the end of it where you gave up and gave in but made you realize that “you’ll get this walking thing” if you just stick with it.

It’s that resolve we need now and we need to realize how incredible we are when we function as a team. If we each do our part, the magnitude of our efforts can be so far reaching, impacting those who may not be ready or willing to see that just yet.

It reminds me of that story of the woman on the beach, surrounded by hundreds of starfish washed up on the shore. A boy walks up to her seeing the woman carefully placing each starfish back into the water one by one. The boy thinks she’s wasting so much time and says “There are so many, it’ll take so long to make any difference with all these starfish”. That’s when the woman says: “It just made a difference to that one, and that one, and that one…”

Let’s all do our part in whichever way we’re uniquely guided to help. As a collective, we’re unstoppable and this may just be the breakdown we need before the breakthrough. I have faith in us and in U.S. Do you?

I'm Dr. Debi Silber, President of Debi Silber Companies, LLC. and I run The Silber Center for Personal Growth and Healing and The PBT Institute (Post Betrayal Transformation Institute) in New York. I'm also the founder of www.PBTInstitute.com. I'm a transformational psychologist, a health, mindset and personal development expert, leadership and motivational speaker, consultant and author of the Amazon #1 Bestselling book: The Unshakable Woman: 4 Steps to Rebuilding Your Body, Mind and Life After... Continue Reading

Meet experts like Dr. Debi to talk about how to use these ideas in your career:
I'm Ready to Meet the Community