The election of Donald Trump as President of the United States could just be the best thing that has happened to feminism in a long time.

Now stay with me for a second. Here’s why I think this could be the case:

That’s because it’s all out in the open: the Billy Bush conversation, the recent New York Times OpEd on “bro talk on Wall Street,” even the light sentence for Brock Turner. And while as a mother and an aunt, I hate it, I hate it, I hate it that we haven’t made more progress for younger women, this does represent an odd form of forward motion: we can’t really deal with an issue until we fully understand the issue.

This is some proof that we can’t rely on others to fight this battle for us, and so we must redouble our efforts.

It’s hard to fight a battle that is not yours with the same energy of your own. This despite all of the research on how the advancement of feminism is good for businesses, the economy and society. The intellectual argument has not won the day.

[Related: What the New President Means for Professional Women]

I’m hearing from more and more women that we must “put on our big girl pants” and do this ourselves.

The key to this is that we women have tremendous resources: we control $5 trillion of investable assets, we direct 80% of consumer spending, we’re more than half of the workforce. We’ve got a lot of power.

So it’s becoming clear that, if we care about this, we have to do something different – and more – tomorrow than we did yesterday.

It can be a range of things, some big, some small... but incremental to what we are doing today. We can:

*Talk up other women at work

*Don’t work at the company that doesn’t “get it” on making the work environment one in which you can be successful (Yes, I went there)

*Think hard about not joining or quitting a company that has no successful senior females running P&Ls…if they don’t “get it” by now, honestly, when are they going to get it?

*Invest our money in the markets, to give ourselves the opportunity to earn a higher return and close our personal “gender investing gap,” which has historically cost us...big time

*Invest our money in companies that promote women (check out the Pax Ellevate Global Index Fund – full disclosure: I’m a partial owner – or the She Index)

*If you’re able to, fund another woman’s business, through one of the crowdfunding sites that are springing up

*Encourage other women to run for office

*Start your own business, perhaps a business with a strong mission

*Agitate for mandated parental leave. Maybe it won’t happen at the national level (leaving us as the only developed country in the world without one); but let’s also fight at the company level (where only some 21% of companies have one… despite the fact that these leaves pay for themselves pretty quickly)

*Talk to your children about these issues, honestly and openly. Let them know why this is important and why the fight isn’t over

So doing all that we can to be in financial control feels more important today than it did two weeks ago. It’s important that we break the old gender norms of “the man manages the money; I manage the household.” That leaves us retiring with two-thirds the money of men…but living 5+ years longer than they do. You don’t have to invest with Ellevest, but please get yourself a financial plan and invest.

Final thought, and it's an important one: This isn’t about excluding the men. It’s about including women. If women earn more, it grows the economy. If women invest more, it unleashes capital to grow businesses. It’s a net win for all of us.

For other thoughts on what this new Trump era means, please see “A Letter to Young Women, in an Age of Trump.”

What did I miss? What else can we be doing? What else will get us there?

Sallie Krawcheck is the CEO of Ellevest, a digital investment platform for women. She is also Chair of Ellevate Network, a global professional women’s network. She is the author of Own It: The Power of Women at Work, to be released in January 2017.

Investing entails risk including the possible loss of principal and there is no assurance that the investment will provide positive performance over any period of time. 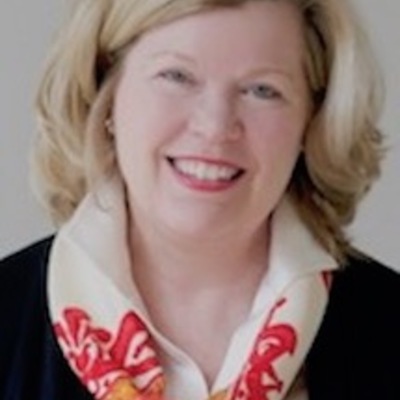 Sallie, please don't forget the social security inequities. For the parent who stays at home to manage children AND supports their partner's career- is only considered 1/2 of a person in the calculations of our social security system. This leaves many retired women (and soon men) with poverty level social security payouts and yet no one talks about this! 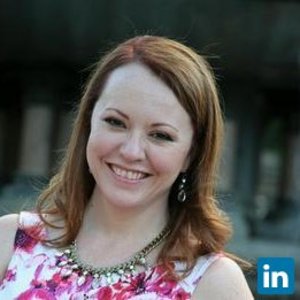 Sharri, That is precisely why you have the ability to choose which spouse's social security payout to draw from. If your spouse has paid more in, you can opt to draw your spouse's payout instead of your lower payout.