We Voted - Was it Enough? Here's What You Should Do Now 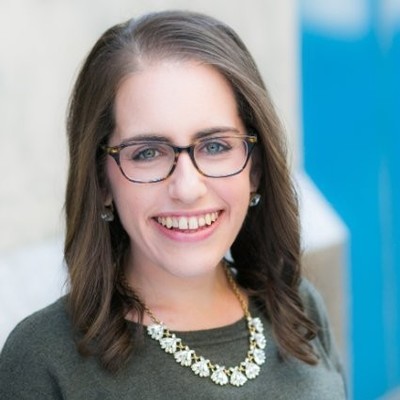 To the unlikely activist —

I know, it’s weird to think of yourself as an  activist. It’s uncomfortable to even read that sentence. You’ve never really been that interested in “politics” or “social justice” - whatever that even means. Other people are on it, right? They’ve got it covered?

Let me break the bad news to you - it’s no longer enough to be a good person, do a good job, and vote.

I, too, thought that was enough. I made sure I was registered to vote and I went to the polls, wearing my Hillary pin, and I thought to myself - I’m so proud! Look at what a good job I did!

It was not enough.

There are people out there that I disagree with - people who don’t believe in a woman’s right to choose, people who don’t believe in climate change, apparently even a lot of white supremacists - and they have megaphones. They have strong convictions, they have platforms for sharing them, and they definitely do not hold themselves back. They are opening their mouths, and they are opening their wallets.

Are there people out there that you disagree with? Have you opened your mouth or your wallet?

[Related: It's Important to Use Your Voice Now]

If you, like me, have also been scraping by with the bare minimum, here’s what you can do now - and I mean in the next 15 minutes:

Voice your opinions to your representatives.

1. Don’t know who your representatives are? Don’t be embarrassed - it’s easy to look it up and get their contact information. A phone call is better than an email, but an email is better than nothing. Go here, put in your address, then send an email telling them what issues are important to you. Tomorrow, when you’re emboldened by your first step, give them a call. This spreadsheet has scripts for issues you may be interested in.

2. Not sure what to say? Start by asking them to denounce the appointment of Steve Bannon, a white supremacist - I think this is an issue liberals and conservatives can agree on. You can literally just read this scripts to them on the phone. (Living in NYC, my representatives - Schumer, Gillibrand, and Maloney - have already spoken on the issue, so I emailed to thank them for already taking a stand.)

Donate to organizations doing work you believe in.

1. Never donated before? Pick something you care about - like civil liberties, access to healthcare, resources for veterans, or climate change. Google it, learn about the people who are out there doing the hard work, and then support them. If you don’t think twice about buying new jeans or fancy groceries, you shouldn’t think twice about this.

2. Not sure how much to donate? Whatever you’re able to spend sends a message of your support. $5 or $25 or $50 is more than zero, and you can do it without getting up, assuming your browser autofills your credit card information. Donations are tax-deductible, which means you don’t pay income taxes on money you donate; the dollar you donate actually only costs you around 70 cents.

3. Still not sure where to start? The ACLU supports civil liberties, like stopping religious and gender based discrimination. It took me under 30 seconds to donate, and you can even read about what they’re currently focused on.

Speak up with the conviction of an angry YouTube commenter.

1. Are you usually quiet on social media, not looking to put yourself out there for a fight? Try posting a link to an article you agree with. Not only is sharing information important, but using your voice emboldens others to do the same. If that’s too far, start by liking what others post. Then try retweeting. It doesn’t hurt you, and it helps people who have the courage to speak up.

2. Do you see people putting themselves out there, writing and sharing what they believe in, only to  get torn apart online by commenters? Stop what you’re doing and put in a kind word of support to balance out the threats and hatred. If you’re not going to write an op-ed or record a podcast or go on television, you could at least thank the people who are brave enough to voice their opinion.

3. Are you currently afraid for your family’s safety? If not, you’re in a position of privilege. Speak up to defend and support your friends, colleagues, and neighbors who don’t share that feeling of security. Yes, I mean on Facebook, in the street, and at home. Read up on how to have a discussion without anger. If you haven’t got the message yet - it’s time to be brave.

Do these actions feel too small to be worthy of your time, each just a drop in the bucket? You’re not wrong - these are the smallest of steps toward actually participating as a citizen.

We could be volunteering in our neighborhoods, for the ACLU, or for a local campaign.

We could be reading up on what’s important to Americans on the other side of the aisle, reaching out to those that you disagree with, and having the difficult conversations that will be necessary for us to move forward.

If all of that starts to overwhelm you, remember - contacting my representatives and donating $50 took less than 10 minutes. You can do something that matters right now, wherever you’re reading this, without getting up. Don’t be ashamed of not doing more; be proud that you took the first steps.

It’s up to us to drown out the rising chorus of hatred. We are the people we’ve been waiting for.

Rebecca Spitzer is the Director of Product at Ellevate Network, a platform that supports all women in speaking up for themselves and for each other. She's hoping that courageous conversations can make a difference, and that some things that have already been said are worth repeating.


Have more questions? Follow up with the expert herself.

Meet experts like Rebecca to talk about how to use these ideas in your career:
I'm Ready to Meet the Community