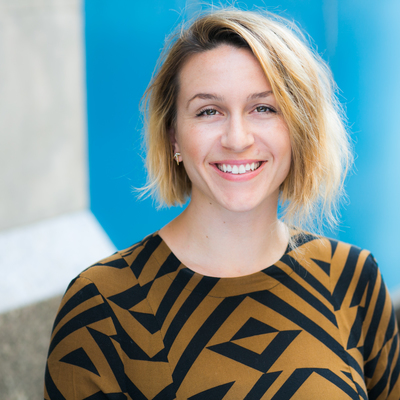 “We need to do something different tomorrow than we did today. We can’t wait for other people to do it for us. We need to own this.” - Sallie Krawcheck

OK, we all know that the Presidential election this year really shook things up. As the dust begins to settle, many people are left wondering, “Where do we go from here?” maybe, “What can I do now?” or “How will we make sure our voices are heard?”

Ellevate Network is in an extraordinary position in that we are a  nonpartisan group of women who believes in the power of women. We believe the world can be a better place, and we’re ready to get our hands dirty to make it happen.

So, we brought together some of the most insightful voices of today to talk about what this election means for professional women and what actions we can take today to move forward and work for a better world together.

Note: *Denotes where you should be supporting other women who are doing this, too (easier said than done, but we got you).

Lead Where You Are*

“Find your something and take the inevitable hits to make change happen.” - Sallie Krawcheck

Many of us [women] are socialized to be good girls and blend in with the crowd. It can hurt to make your voice heard, and if you do happen to be someone who has the opportunity to do so, it can be scary. We’ve seen plenty of women who leaned all the way in and got smacked right out the door;  we don’t have to cite them for you.

Start by reading Feminist Fight Club by Jessica Bennet. This will literally give you a script to recite every time someone speaks over you in a meeting, says something inappropriate to a woman at work, and more.

The research shows that when men stand up for women, people of color, and those with disabilities, it enhances their reputation. When women do the same, it diminishes their reputation. Understand that this may be your reaction, too. Make a decision to recognize this reaction within yourself, make the courageous move to speak up for others at work, and own your words. Stand up for your convictions at work. Sallie Krawcheck did (psst - she’s fine).

And make sure you’re being you. There is so much advice out there telling women to act more like men, but trust us, the world needs your [female] perspective and your voice. Coach yourself to speak up at work. By the way, you are allowed to fail, too - remember,  that’s how we learn.

Advocate for other women at work. Expect blowback. And if you work somewhere that doesn’t support that, leave. Women are opening up companies all the time where their daughters and nieces will want to work.  CEO’s are making changes to their companies to respect women’s voices. Women are taking the lead, and guess what - you are one of those women.

Run for Office + Write Your Congress *

“Walking away right now would be the worst thing to do.” - Lauren Leader-Chivée

Did you know that women have turned every election since 1980? That includes this election. Trouble is, US women are still significantly less politically active than their male counterparts (e.g., Congress received 2 million fewer calls from women this year than men), as well as their female counterparts in other countries (we rank 73rd in the world for women engaging in the political process). If we expect to have true equality, we must engage in the political process.

[Related: Embracing the Power of Diversity with Lauren, Podcast Episode 30]

There is something happening here. Women are not seeing the connection between being politically active and making a real change. As Lauren stated, “You have to be in the game to change the game.” And guess what? Women who run for office are just as likely to win as men. The problem is,  few women actually run. Even fewer receive funding.

Check out She Should Run, All In Together, Running Start, Vote Run Lead, and Off The Sidelines.

Pick out a woman candidate who you support. Write her a check. Lauren said that she writes checks for women on both sides of the aisle because the research shows that once she gets elected, she’s more collaborative and bipartisan than her male counterparts. Women who run for office need our support desperately. (Here’s how women stacked up this election)

Call and email your Congresswoman or man. Every day, if you like. Remember these people work for you, and when their voicemail gets shut down and their email inboxes are flooded, they notice.

And run for office. There are over 90,000 school board seats available in the United States. There are multiple town council and municipal seats open that you don’t have to quit your job to sit on. Run.

Jamia said it best: “To the President-Elect: I’m going to run for office; we’re ready, we’re coming, expect us.”

Vote With Your Dollar

“Use your power. Don’t wait for someone else.” - Sallie Krawcheck

Women control $5 trillion of investable assets and control 80% of consumer spending. Women are more than half the workforce.

Because of the quick rise of social media and the internet as a way to spread information in the past 5 to 10 years, there are no longer proprietary secrets that used to silo people. Women have access to resources now more than ever to take control of things.

It means we can start our own businesses if we reject the businesses that are out there. We don’t have to buy from companies that don’t align with our values (see BuyUp Index). We can build workplaces that care about women and understand their need to be heard.

[Read more: Why the Final Wave of Feminism Will Have Everything to do with Money]

VC’s might be slow to understand that women-led companies are more successful, but crowdfunding knows what’s up. Support your favorite female-led company here, here, or here.

And if you’re already an investor in Snapchat, Facebook, Uber, et. al?

"Use your power as a shareholder to demand answers," said Jamia. Do they provide adequate parental leave? Do they pay their women the same as their men? Do they provide affordable healthcare to their employees? It’s your right as an investor to know these things, and holding business leaders accountable for these issues is a very real way to incite change.

Because you can always bring your money elsewhere.

Speak Up In The Media*

“We are the ones we are waiting for.” - Jamia Wilson

One of the big lessons of this election is that many people were caught off-guard by the result; after all, if your Twitter feed had all the same opinion, there was nothing to worry about, right? Wrong.

The country is divided in many ways right now, and the lack of journalistic standards in this election illustrated that more than ever. Facebook and Google have taken actions against fake news sites as a result, and many are left wondering where they can really find out what’s going on.

Well, for one, we need to expose ourselves to news that we may not want to hear (more on this next). And for another, if we see that there is a voice missing in the news, we need to write a story. Yes, you. Write a story.

Only 18% of op-ed submissions are written by women. We already know that when women get involved, results are better. People understand us more. We develop credibility by publishing smart content.

However, the research shows here that when women are seen to be looking for attention or power, the emotion they evoke from both men and women is “moral outrage and disgust.” Again, understand that you might be one of these people.

So when another woman writes a piece, whether you agree with it or not, support her right to write it. Make a conscious choice to support women who stick their necks out, even though that may not be your gut reaction (remember, we are conditioned to think this way). And better yet, if you’re in the media, pitch other women’s stories. Be relentless at doing so.

[Read more: Quotes About the Importance of Relationships]

Own your expertise and don’t be afraid to show your power. OK, be afraid, but do it anyway.

Jamia said she does this by utilizing her community. Her husband speaks up for her if they’re pulled over by law enforcement. Her colleagues read her mentions on Twitter sometimes if she can’t stomach the trolls.

Get Used to Feeling Uncomfortable.

“Tolerance is the easy, do-nothing way out.” - Mark Lipton

Lauren appears regularly on FOX News, and although she sometimes wonders why, the truth is that FOX News has more viewers than CNN and CNBC combined in primetime.

We should all be watching FOX News, and CNN, and everything we can get our hands on. Having a Twitter feed full of people who agree with you is not going to help you live in the world of reality. This election showed that there are a tremendous amount of people who feel let down by the current state of the political establishment, and if you don’t start listening to people who don’t agree with you, nothing will change.

[Related: We Voted. Was It Enough?]

Luckily, women are extraordinary collaborators, listeners, and problem solvers. As a person (and company, if you’re a business leader), take a lesson from Refinery29 and Vox - who both made a conscious effort to bring differing points of view to very difficult conversations.

Seek to understand people you don’t agree with, and expose yourself to points of view that make you uncomfortable. That is the beginning of real change.

Meet experts like Tina to talk about how to use these ideas in your career:
I'm Ready to Meet the Community