Be a Walking, Talking Alpha 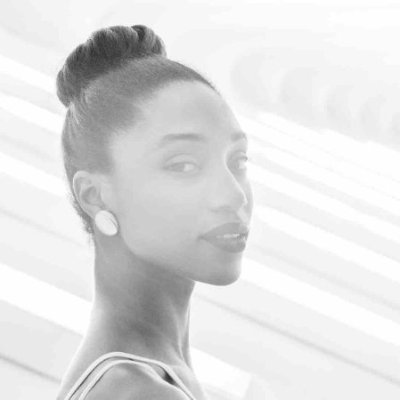 As woman in a male-dominated environment, success sometimes can be an uphill battle. Trust me, as a 25-year young financial journalist, I know.

I am not male-bashing or playing victim to gender inequality, I’m talking from experience. Ninety percent of the people I am surrounded by are successful male Baby-Boomers. They will tell you that in order to be successful, one must be commanding, committed, detail oriented, direct, assertive and aggressive. What they fail to mention is that when a woman embodies these same traits, she is called demanding, obsessive, emotional, and rude.

When society assigns gender to a particular profession and when our current gender is in opposition to that profession, it is not surprising that conflict, confusion, and tension are the end result.

Despite the inevitable glass ceiling created when men are uncomfortable with their women counterparts, the truth is women are walking, talking alphas. When women embrace who they are, “stick to their guns,” and stay persistent with who they want to be, we can freely pursue everything the world has to offer.

To combat stress, amplify presence as a woman, and to be successful in a male-dominated workplace, it is so important for women to know their worth.

Take the Emmy-award winning show Mad Men which takes place in the 1960’s. Peggy Olson starts out as a secretary and endures a chauvinistic atmosphere. However, through her intelligence and creativity, she gets a seat at the table and eventually becomes one of the head honchos at a top ad agency. Our generation has a seat at the table, but there is still far to go. I’m hoping that the next generation does not have to have “rules” for working in a man’s world. But until then, I hope these tips below will be helpful.

First rule of thumb: be unapologetically true to who you are as an individual. I always thought I needed to "act like a man,” or "put on a low stern voice" in order to be successful — a plan that completely backfired. The unintended message was there is something wrong with how women lead. By emphasizing who you truly are, you are declaring your utmost strength, not weakness. Always remember: women are walking alphas because they are resilient, passionate, intuitive and strong by nature. Any of these traits can mark one for success. We truly have the utmost power to heighten credibility, while still being who we are without losing ourselves in the process.

Find a successful woman mentor in the workplace. Having an experienced veteran who is also a woman in your field will help you navigate tribulations you may encounter on a daily basis. A mentor will understand unfortunate situations like being surrounded by clients who constantly make chauvinistic remarks. If you don’t have access to a woman mentor in the workplace, read about successful, intelligent, and powerful role models you aspire to emulate.

Landé Asiru graduated from the University of California Santa Barbara with a double major in Dance and Film and Media Studies. In her current role, she works as a financial reporter on Wall Street, covering trends in wealth management, retirement, and the mutual fund industry.

Meet experts like Lande to talk about how to use these ideas in your career:
I'm Ready to Meet the Community