Emojis Are Finally Empowering Women — Here’s How Your Brand Can, Too 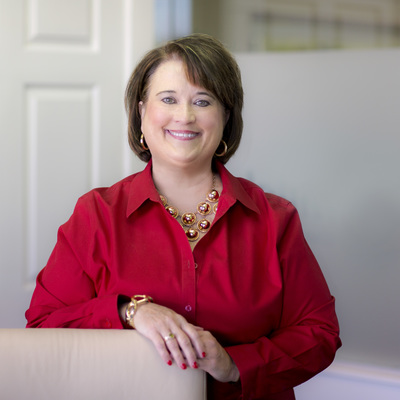 “Misguided.” It’s just one of the words you could use to describe many of the messages sent to women these days. Another would probably be “out of touch” — that’s three words, but who’s counting?

If someone were counting, however, he’d have already worked out that the fairer sex accounts for 85 percent of all consumer purchases — including cars, homes, and healthcare. What’s more, female spending power is estimated at $5 trillion to $15 trillion a year, and that’s in the United States alone. It surpasses $20 trillion worldwide.

You’d hope brands would stop treating women like a niche market and learn to speak their language. Luckily, it’s not difficult, and a somewhat recent update has given you just one more reason to start.

[Related: 3 Ways Brands Can Jump on the Wave of Emoji Speak to Reach Women]

This summer, iOS users saw 11 new characters (finally) portraying women in professional ways — not just as a dancer or an “information desk person.” Your next text or post could feature a woman as a farmer, mechanic, scientist, or businessperson.

Existing emojis have also gotten a makeover, with female options for everything from cyclists and weightlifters to police officers and detectives. These characters are starting to reflect the multifaceted people women truly are.

Emojis can be empowering, fun, concise, and relatable — not to mention that you can find them everywhere. They present the perfect opportunity to engage female shoppers; they’re more likely than males to have a positive perception of brands that use emojis.

And though emojis have a reputation for being popular among kids, teens, and 20-somethings, many people are regular emoji users, including 62 percent of people 35 and over.

Don’t be left behind. Add personality to your Instagram posts, or use them to tweet tantalizing clues about an upcoming launch or event. Tease consumers with a mysterious post using a new female emoji. Use this update to relate more authentically to your consumers.

WWF sparked a lot of attention with the first emoji-based fundraising campaign. To raise awareness of protected animals, the nonprofit chose 17 endangered animals in emoji form. The campaign encouraged people to donate a dime for every tweet using one of the chosen characters to “save real animals from extinction” — and it was retweeted more than 36,000 times. That’s a huge jump from WWF’s average number of retweets, which sits somewhere between 200 and 300 per tweet.

[Related: Is Your Brand Relevant or Redundant? Why Consistency in Branding Matters]

While this initiative wasn’t female-focused, you can take a page from the same playbook using iOS’ new female emojis. Here’s how you do it:

1. Bone up on characters. Think of emojis as another language. After all, you’re about to venture into a territory where everyone is fluent. Learn the native tongue to communicate effectively. Otherwise, you risk saying all the wrong things.

2. Make it relevant. Slapping any emoji at the end of your message doesn’t make it relevant or relatable. When brands use a female emoji arbitrarily, that’s patronizing, not appealing. Like words, choose your emojis wisely.

Procter & Gamble’s Always brand is no stranger to women empowerment — and it often uses emojis to get the point across. In December, its #LikeAGirl ad, focusing on sexist emojis and their impact on young women, was a finalist for #TheYouTubeAd That Takes A Stand.

When Always tweeted about the nomination, it made sure to include relevant emojis showing women playing basketball and biking. In fact, Always is a master of artfully peppering the visual aids throughout its tweets, and it’s even asked its women followers to weigh in on their favorite updated female emojis.

3. Join in the fun. Don’t confuse emotion with sentimentality. Emojis should be fun. Use them to show your brand’s lighter side.

Take Taco Bell, for instance. The fast-food chain created an entire movement around an emoji. After hearing complaints that there wasn’t a taco emoji, it launched a Change.org petition advocating that Apple release one. Around 33,000 people ended up signing the petition, and Apple included a taco emoji in its iOS 9.1 update.

4. Offer up context. Your audiences will likely recognize the character you’re using, but they may not always understand why it’s in your post. Unless it’s obvious (like Taco Bell’s), give your followers some context on your campaign.

5. Engage influencers. Marketing has gone social. Consumers look to other consumers to help with purchase decisions. That’s where influencers come in. Reach out to other strong women on social media to see whether they can help spread your emoji-infused campaign even further.


6. Test the campaign. Like any marketing effort, get a read on the reception of your emoji campaign, tweaking it as necessary. Both Twitter and Instagram make it easy for brands to monitor conversations. Keep tabs on what’s being said.

Emojis have finally caught up with the times, so there’s no reason marketing shouldn’t follow suit. Just make sure to understand what you’re using, and pay special attention to avoid stereotypes. You want to empower women and close the gender gap, not offend your female audience.

Sarah Clark is the president of Mitchell, an award-winning public relations firm that creates real conversations between people, businesses, and brands through strategic insights, customized conversations, and consumer engagement. The agency is headquartered in Fayetteville, Ark., with offices in Chicago and New York City. Mitchell is part of Dentsu Aegis Network, which is made up of nine global network brands and supported by its specialist/multimarket brands. Dentsu Aegis Network is Innovating the Way Brands Are Built for its clients through its best-in-class expertise and capabilities in media, digital, and creative communications services. Offering a distinctive and innovative range of products and services, Dentsu Aegis Network is headquartered in London and operates in 145 countries worldwide with over 30,000 dedicated specialists.

Clark is one of the top strategic communications professionals in the country, with more than 25 years of experience in corporate communications and an exceptional track record in protecting corporate reputations and redefining perceptions in key areas of business.

Sarah Clark is the president of Mitchell, an award-winning public relations firm that creates real conversations between people, businesses, and brands through strategic insights, customized conversations, and consumer engagement. The agency is headquartered in Fayetteville, Ark., with offices in Chicago and New York City. Mitchell is part of the Dentsu Aegis Network and has more than 300 offices in 110 countries. Sarah has more than 25 years of experience in corporate communications and an exceptional... Continue Reading

Meet experts like Sarah to talk about how to use these ideas in your career:
I'm Ready to Meet the Community