What is Corporate America Getting Wrong with Their Female Talent? 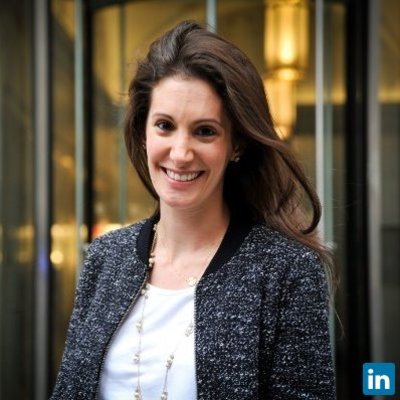 When I first announced I was pregnant to my old boss, the first words out of his mouth were “Congratulations!” Quickly behind that statement was the question, “How are you going to transition your accounts?” I was totally caught by surprise. I was only ten weeks pregnant. The only reason I told my boss I was pregnant in the first place was because itwas pretty obvious after seeing me vomit in the trash can next to my desk every morning. However, I didn’t have my game plan figured out on how to manage my leave. I didn’t know who was going to step in for me while I was gone. I figured I had another seven months to go to figure all that out. Did I really need to have those answers for him right now?

Looking back on it years later, I get where he was coming from. The wheels need to keep spinning for a company to function on all cylinders. It makes sense that he would be concerned with how my accounts would still flourish, knowing I would be gone for several months after having my daughter. At the same time, what I realize both as a mom and as professional with a background in both finance and psychology, the miss-step this manager (and millions of other managers who do the same) made was breaking a level of professional trust we had up until my announcement.

What does professional trust mean? It’s the understanding between an employee and their manager that an employee should be given the chance to do their job well without being micro-managed. In turn, because the employee feels her manager gives her autonomy and control, she will be more likely to perform.

Maintaining professional trust is one of the key ingredients to allow a relationship between managers and their subordinates to thrive. This especially is the case for new parents. The biggest misstep I see managers make is breaking this professional trust by not fully believing the expecting woman can take the necessary steps to manage her own leave.

As a researcher, one of the biggest indicators of a woman returning to her pre-baby employer is the level ofFamily Supportive Supervisory Behavior (FSSB)her manager demonstrates up until her maternity leave. Employees reported supervisors who demonstrated high FSSB noted higher job satisfaction, lower levels of work-family conflict, and fewer intentions of leaving the organization.

Ways managers can demonstrate FSSB are very simple. These include modeling good behaviors for work-family balance, creating a team that is supportive of family life, helping out with scheduling conflicts for new parents, and also by simply trusting that parents can manage their workload just as well as they did before having their baby. In fact, many of my female clients report becoming a parent was their greatest efficiency hack! They have to utilize every hour of the day well in order to get everything done. Also trusting expecting mothers will ask for support from their boss if they need it.

If my manager and I ever got to do a redo of our conversation when I announced my pregnancy, I bet he would have left it at “Congratulations” and saved all the other questions for later. I certainly would have felt he trusted me to take care of my work in the midst of the biggest transition of my life: parenthood.

Jena Booher is the Founder of Babies on the Brain LLC, a company dedicated to empowering women in their intersection of career, kids, and self-care.

Jena Booher is a maternal mental health expert who empowers women in their intersection of career, children, and self-care. She owns both a private coaching practice and works alongside an MD in NYC counseling women and couples who struggle with miscarriage and infertility. Jena is an active Huffington Post contributor and does public speaking for various companies around NYC in an effort to help retain their top female talent. In addition, Jena is a community... Continue Reading

Meet experts like Jena to talk about how to use these ideas in your career:
I'm Ready to Meet the Community