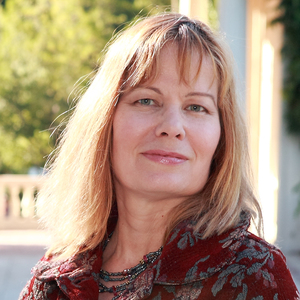 Americans are still working too hard and too long. The average American puts in 258 more hours per year than the average European. If you’re a startup founder or small business owner, I’m willing to bet you work even more than that.

Having built my career by bridging the worlds of Hollywood and Silicon Valley, I’ve seen up close how professional demands can overwhelm highly driven people’s lives to the point that little else seems to exist for them outside of work. During my tenures both at Apple and Silicon Graphics, people were expected to work long hours to reach their goals, especially leading up to product launches and big company events.

This 24/7 mindset and work culture have been brewing for many years — most notably in the tech space — and well before Google’s and Amazon’s expectations of their employees made headlines. As much a curse as they are a blessing, smartphones, email, and social media are only making things worse. A client told me recently that it’s becoming more and more common for venture capitalists to test startup founders by asking them to review documents or take calls and meetings during off hours or weekends. If they aren’t willing to do that, the VC won’t consider investing in them.

While I found this anecdote particularly troubling, plenty of people will claim that there’s nothing inherently wrong with a workforce that never stops. In fact, many believe it’s the surest path to success. Employees (theoretically) have more flexibility, and innovative firms can grow faster without regard to time-zone barriers. Moreover, it’s been argued the 24/7 mentality benefits gig-economy freelancers all over the globe.

To the contrary, evidence shows that constant work is a detriment not only to the employee, but also to the company is growing. Here are three good reasons to shake this bad habit and reclaim your personal life — and to encourage your employees to do the same.

[Related: How to Prioritize Positivity in Your Daily Life and Why It Matters]

1. More Does Not Equal Better

Humans are not robots. When we try to work 24/7, the law of diminishing returns kicks in, and we lose functional capacity. In 2015, a Stanford University study showed that productivity starts to plummet after about 55 hours of work in a week. That means someone who puts in 70 hours accomplishes no more than someone who works 15 hours less.

So the question is: Were those 130-hour workweeks that early Google employees are reported to have put in really the key to its domination of the market?

Scheduling time for regular rest and rejuvenation can — and should! — become the policy at more companies. I work long hours, just like everyone else. And I find that, when I allow myself to take a real lunch break and get outside, I feel revitalized and energized. I’ll also occasionally run errands during the week so that I’m not just doing chores once the weekend rolls around.

Personal security firm Revolar is a prime example of a company that understands that employees’ health directly correlates with the organization’s health. Its founders believe that employees who aren’t in the right frame of mind shouldn’t try to sell anything. As startup life is all about selling, Revolar encourages its employees to take time to get a massage, do yoga, or even head out for a hike by giving them generous amounts of personal time.

Some companies even offer longer-term sabbaticals that allow employees to reboot internally and return ready to tackle bigger challenges. A startup might have a harder time providing this perk than a more established company would, but if you set reasonable expectations for your employees, it ultimately helps your business.

[Related: The Downside of Multitasking]

2. Burnout Is a Physically Real Thing

Take it from me. A few years ago, I hit burnout hard and experienced an “adrenal crash.” My hormones went haywire; I lost energy and simply couldn’t function at a moderate level of productivity.

Our bodies and psyches give out when we reach the upper limits of what we can actually do physically and mentally. And this doesn’t just affect individuals — the resulting low morale and absenteeism is expensive for companies, too. One study found that healthcare costs for workers with high stress levels are 46 percent higher than for those with lower stress, reducing overall profits for U.S. companies by billions annually.

When you’re leading a company, the challenge doesn’t lie in getting everything done, but in getting the right things done. Understand that you — and your employees — will never finish your to-do lists. But, if you can focus on three to five things that will move the needle every day, you’ll see results and banish burnout.

[Related: There's Nothing Nice About Burning Out - Three Ways to Overcome it Now]

If the work-life scale tilts too far toward work, people will eventually quit. When they’re losing time with family, not to mention their peace of mind, they instinctively look for alternatives where they can restore their focus on what truly matters to them.

Some studies estimate that it would cost six to nine months of an employee’s salary to replace him or her, and replacing executives can cost up to twice their annual salaries. Aside from the financial hit, constant turnover adds even more stress to your organization, contributing to more burnout, and the cycle continues.

If you want to keep good employees (hint: you do), then offer them benefits that honor their personal lives and their professional goals. This means helping high performers carve out clear career paths within your organization while simultaneously affording them enough free time to fuel those aspirations.

This flies in the face of Silicon Valley culture, but even when you love work, life is about so much more than how you earn a living. As a business leader, the best thing you can do for your business is to set reasonable policies and expectations around working hours for yourself and your staff. Not only will you recharge more consistently, but you’ll also find your employees are firing on all cylinders more often.

A highly sought-after consultant, super-connector, trusted advisor, celebrity wrangler, and thought leader, Kelli Richards is the CEO of The All Access Group. She facilitates strategic business opportunities in digital distribution among innovative technology companies, talent and media companies, and brands to foster new revenue streams and deliver compelling consumer experiences. As a trusted advisor, she transforms the quality of people’s lives. Kelli is also the author of a bestselling e-book, “The Magic and Moxie of Apple: An Insider’s View."

Meet experts like Kelli to talk about how to use these ideas in your career:
I'm Ready to Meet the Community