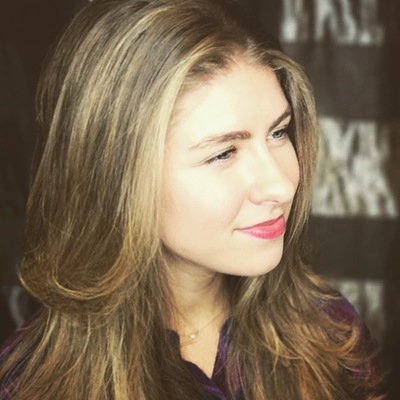 As women and allies continue their marches around the world, a phrase used by Rebecca Walker, the prominent American writer and feminist, was demonstrated: “the genius is here.” There has been, and will always be, challenges to overcome, regarding justice, equality, and human rights. Yet productivity will wane if those in the fight do not continue to learn from others and their experiences. The fight will falter if those on which it rests forget to believe in their own abilities — and capabilities. This year is a wake-up call to some, while obvious to others. Both sides call themselves feminists.

[Related: It's Women's History Month, and We're Taking Back Feminism]

Anxiety about the state of things was palpable. The issues that still needed changing now lacked the prospect of hope.

That was the atmosphere in which Rebecca Walker, the renowned feminist author, delivered Feminism in a New Era to a crowd of hundreds at the University of Washington on January 11, 2017 — just prior to the worldwide Women’s March.

Two months on, amid a list of growing challenges, that bleak hopelessness has diminished. Hope has grown as the year has moved forward.

At Walker’s talk we did not define feminism for 2017. Perhaps, I should say, we did not narrowly define it. For what this new era cannot call for is defining something that is meant to be limitless — and that is where I find hope anew.

In the introduction to her 1995 anthology, To Be Real: Telling the Truth and Changing the Face of Feminism, Walker states:

My hope is that this book can help us to see how the people in the world who are facing and embracing their contradictions and complexities and creating something new and empowering from them are important voices leading us away from divisiveness and dualism.

A passage that is very much still relevant, this year is going to call upon all of us to reject divisions in new and sometimes painful ways. A narrow and self-serving view of what issues we need to dedicate ourselves to is utterly futile. Furthermore, the fear of learning new things that did not fit my worldview made me hesitant to engage on items of substance when what mattered needed to be defended. So, too, that fear appeared when simply analyzing and dissecting my beliefs amongst like-minds.

[Related: Gender Diversity: Are we Asking the Right Questions?]

Roxane Gay’s powerful collection of essays in Bad Feminist breathe truth into facing down how one sees the world:

To have privilege in one or more areas does not mean you are wholly privileged. Surrendering to the acceptance of privilege is difficult, but it is really all that is expected. What I remind myself, regularly, is this: the acknowledgment of my privilege is not a denial of the ways I have been and am marginalized, the ways I have suffered.

The instructions at many of the Women’s Marches were to walk side-by-side, not to leave others behind, and to listen before we took action.

"How can we be apart of the future in a proactive way?,” Walker posited.

In February, I organized a Women’s March Huddle on Capitol Hill in Seattle, WA. The Huddle was a rare experience to meet with women who were strangers, and with whom — even if we had met under a separate set of circumstances — we would never have felt the collective permission that we did to delve into the issues at hand. We decided to start small but mighty. We have made strides to expand our awareness beyond our own individual expertise and interests, and have looked towards creative ways to hold our representatives to account. We have also, importantly, sought to challenge our perceptions by aiming to expand the Huddle to un-like minds.

[Related: My Path to Understanding — and Owning — my Feminism]

I recognize what the new era cannot be – none of these tools at our disposal to further women’s rights, however cloaked in goodness, can be divisive. Feminism is a tool to address this new era, but we must be intentional about who it is seeking to help (hint: all women). Additionally, feminism has to leave room for us to recognize our shortcomings and our strengths, connect us to counterparts that will encourage us, and it must intersect in our lives in ways that push our own growth.

At the University of Washington talk, Walker impromptu suggested that feminism may need to be "blown up" to start anew, and, ultimately, be fit for purpose. I agree – it should be blown up. But, by blown up, I see it as being inflated, as if one were to blow up a balloon. Inflated with any number of the other issues it does touch, or should be touching, and raising those issues up (passionately!) with it.

Walker tells us “the genius is here.” I think we should recognize this, but not assume we already know everything there is to know about this genius – be it our own genius, the genius of others dear to us, or the genius of strangers. It is 2017 – a time not just to act, but to actively learn.

Brianna Lee Burt has her masters degree in human rights from the London School of Economics, and was based in New York for the past three years working for an international human rights organization on issues such as women, peace and security, gender equality, and gender justice.

Curious about people. Always looking to empower women. Open to opportunities. My writing style has been adapted to academia, advocacy, fundraising, and blogging. My ambition is to keep learning what gets individuals excited and engaged. • Storyteller • Proactive Problem Solver • Leader • Collaborator Get in touch! Continue Reading

Meet experts like Brianna Lee to talk about how to use these ideas in your career:
I'm Ready to Meet the Community