The One Question That Could Change Your Career Trajectory 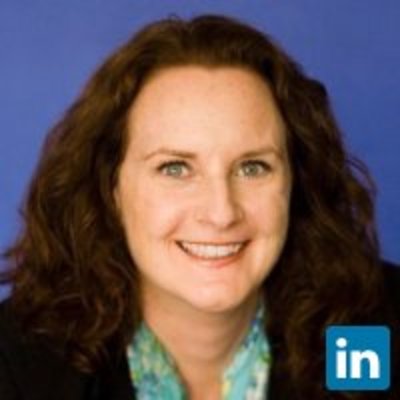 People often ask me how I had the guts to move to Singapore when I’d barely even heard of the place just weeks before moving there. (In my defense: That was in the early 1990s, when the country was a lot less well-known in the West.) Or they wonder what made me decide to move to Moscow when I’d just signed on to stay in Singapore. Even switching from a highly successful career in consulting to an in-house role—and then back again more than a decade later—caused some serious eyebrow-raising among my associates.

Having now coached, mentored and inspired thousands of women, I’ve learned that women really need to focus on answering the second question. We can normally envision and accept the upside of an opportunity, but we have much more trouble, as a whole, in accurately assessing the downside. Women all too often shy away from risky or unconventional moves. But if my career and those of the dozens of other C-suite women I’ve worked with are anything to go by, risk-taking is critical to success. The key is to take the right ones.

How do you find out what the right risks are? If the potential upside of an opportunity is clear and compelling, then the only real question you need to ask yourself is: What’s the worst thing that could happen?

For example, when I was in my mid-twenties, I had negotiated a deal with my company that would have me sent to Europe after two years in the U.S. But when the call finally came, I was told I was going to Asia instead—Singapore to be precise. At the time, I knew exactly two things about Singapore: It was really, really far away from Philadelphia, and it was very hot year-round (so as a girl with long curly hair, I knew I’d have a bad hair day every single day). So with that “in-depth” understanding, what possessed me to say yes?

It’s simple: I calculated that the worst thing that could happen was that I’d either hate it or I’d fail, and either one would see me returning to the U.S. within six months and moving into my parents’ basement. Was that an outcome I wanted? Absolutely not. I was very proud of having become financially independent right after college. But could I live with it? I decided that I could put my pride aside and do it if I had to. So I gave up my boyfriend, car, and pets, and moved to the other side of the world.

That one decision launched a 10-year odyssey in which I lived and worked around the globe—based in Singapore, Moscow, and London, with stops in about 50 other countries as well. Those were inarguably some of the most amazing years of my life, and they were without question what made me stand out to both Unilever and Kraft when I later decided I wanted to work in-house.

So my advice to everyone is simple: Take risks. Take big risks. But only do so once you’ve clearly identified the worst-case outcome if you fail and are pretty sure you can live with it. I can promise that if you do that, you’ll never have to look back and regret the moves you didn’t make.

This is a great (and inspiring) article! We do need to take more risks and ultimately any "failure" is a step in the right direction because it's something you tried and can now cross of the list, and it puts you closer to whatever is the right thing for you.

Meet experts like Perry to talk about how to use these ideas in your career:
I'm Ready to Meet the Community