Born to Lead: Memoir of a Bossy Girl 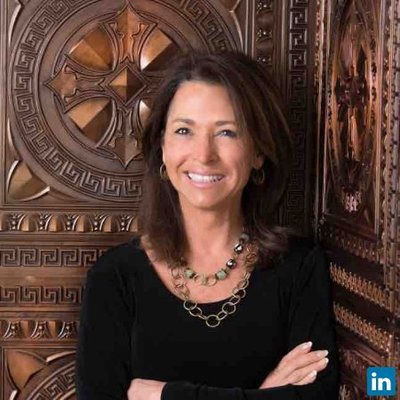 Confident little girls historically have gotten a bad rap. Self assured and assertive, they exhibit qualities rooted in the desire to lead. Assuming responsibility, they know what they want and the steps necessary to accomplish their goals. These take-charge qualities, abhorred in girls, are celebrated in boys. Self-possessed boys are tagged for future success. Self-possessed girls are labeled “Bossy."

What exactly does being bossy mean? A Google search reveals the following:

Clearly, there are no positive attributes associated with the word bossy in our culture.

[Related: Please Step Forward: Claiming Your Place as a Leader]

I can’t help but reflect upon a September day in 1964. I was four years old. Having picked out my clothes the night before, I carefully laid them on the floor of my room. From headband to saddle shoes, I knew just what I wanted to wear that special day. Heading out the door my plan was to walk to the bus stop by myself. It was my first day of Kindergarten and I was determined to go it alone. Asking my mother's approval, her response was simply, “Yes, but take Sissy with you.”

Sissy was my faithful childhood canine companion, my very own Lassie! The bus stop was only two houses away and mom never let me out of her sight. Nonetheless, I walked to the corner with lunchbox in hand, Sissy by my side and stood fearlessly among the older neighborhood children. For the first time in my life I was off on an adventure without my mom and I couldn’t be more excited. I stepped onto the school bus, tiny legs climbing the giant steps and the big doors closed behind me. As the bus pulled away, the only thing emanating from the smile on my mother’s face when I glanced out the window to look back at her, was pride.

How well I remember Kindergarten. I enjoyed school and loved to stay busy. I'd organize my classmates in activities during playtime and throughout recess. From clapping out the erasers, to fetching milk cartons from the cafeteria during snack time, if there was a job to do, I eagerly volunteered!

My Kindergarten report card has provided a few good laughs throughout the years. Scoring outstanding in all categories, there was a brief note in the comment section that read, “Elisa is a good student, but she has the tendency to be bossy.” Apparently, I was a 4-year-old boss! It proved to be an illustrious start to a successful academic career. I would go on to be a very engaged student, a class officer, a member of the HS Leaders Club and the National Honor Society. By 21 years of age, I had earned a Masters degree in Communication Disorders.

So much has been written lately about the negativity surrounding bossy girls. I decided to travel back in time and explore the bossiness of my early childhood. The research began at home.

“Mom, what was I like as a little girl?”

Willful, independent, happy and kindhearted were words she used to describe me. “I had the utmost confidence in your ability to make good decisions. I trusted you.”

Realizing I might have to dig a little deeper than my own mother’s biased memory, I reached out to 25 friends from my grade school years, many of whom I hadn’t seen since HS graduation.

With no prompting other than the fact that I was writing an article, I asked them to honestly answer a series of 15 questions about me. Including personal attributes such as patience, sensitivity, consideration, respect and intrusiveness, I went on to ask question such as:

Lastly I asked them to describe how they remembered me.

Not one single childhood schoolmate remembered me negatively or as a bossy child. It was quite the contrary. Those who felt I expressed my own opinions qualified it by stating that I never forced my opinions on anyone.

Numerous studies have been done on this very subject. Time and again they have shown that women leaders are more likely to receive critical feedback than men in leadership roles, and the women who lead are more often described as being abrasive and aggressive vs. the men who are referred to as brilliant and knowledgeable. One such study utilized an interactive chart developed by Benjamin Schmidt, a Northeastern University history professor with data gathered from 14 million student reviews on the Rate My Professor site. This site allows you to search for any word to see how often it appeared in reviews and how gender and department break down its use. The chart brought to light the unconscious biases that extend beyond the confines of student evaluation of professors. It suggests that people tend to think less of women in professional settings; praising men for the same things for which women are criticized. Additionally, people are more likely to focus on women’s appearance or personality while focusing on men’s skills and intelligence. It’s cultural conditioning that has roots in early childhood.

Isn't it time that a higher value is placed on our strong-minded daughters? As a society, it’s imperative that we begin to view this type of “bossiness” as a precursor to leadership. Instead of telling them to simmer down, lets encourage and work with them to fine tune their skills and grow into strong leaders. The stigma associated with bossiness needs to not be assigned to young girls who display strength and confidence in their take charge attitude and decision making ability.

Semantics aside, if being bossy in elementary school meant being a conscientious, organized student who played well with others, someone who led and didn’t follow, someone who was kind to their fellow classmates, then I proudly own being "Bossy"!

An Executive Coach and Speaker, Elisa Grandizio brings 20+years of personal and professional experience as a business woman, an entrepreneur and a Woman in Business. Her current focus is channeled on helping others attain excellence and balance in their lives.

An entrepreneurial executive with 20+ years experience in technology and leadership services, Elisa possesses a unique combination of talents. Strengths include excellent interpersonal, verbal and written communication skills. A success oriented, organized professional with the ability to lead and problem-solve, who strives to maintain a superior level of focus and team-work. Accomplishments include creation of an award winning mobile language translation application, ensuring product development to the highest industry standards. Credited with branding RantNetwork’s “Communilator”... Continue Reading

Meet experts like Elisa to talk about how to use these ideas in your career:
I'm Ready to Meet the Community