The Sisterhood of the Traveling (Work) Pants 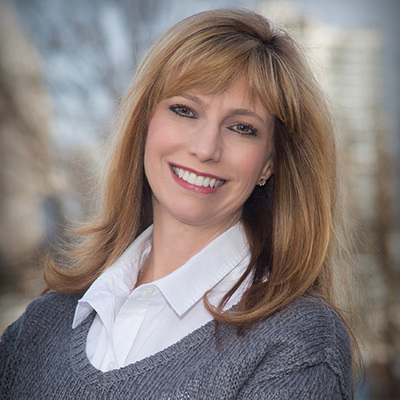 It was a table filled with 11 smart, engaged decision makers. Gathered in one room and tasked with the development, design, and operational implementation of a $150 million dollar medical institute expansion project. At the table sat architects, administrative executives, practice managers, informational technologists, infection prevention consultants, and equipment specialists. The powerful collection of experts were energized at the collaboration occurring and pleased with the progress they had made over the last 4 months. They paused and looked up as a physician walked in (there to add personal input for the future area he would be working in) looking visibly confused as he entered the room. "Am I in the right meeting?" he asked, stepping back out surveying the hallway and the other conference space looking for what he thought must be where he was to go.

He wasn't unsure because he was lost, he was clearly confused as he surveyed the table of the 11 women, his brain sending a conflicting message as to what this lead team should look like. "Where are all the men?" he asked looking a bit sheepish as he realized what had just come out of his mouth. The awkward pause was palpable, but only momentary, as the lead architect quickly responded: "Well it's a new day- let's sit down and get to work." Everyone in the room burst out laughing, including the red-faced physician, releasing the gender-specific tension. He did, indeed, sit down and get to work clearly with a new frame of reference as to what professional work "looks like".

The true story above is but one example of the strong unconscious gender bias that is still prevalent in the professional workplace. Clearly illustrating a "Lean-In" moment, it identified the gaps that still remain in women's empowerment in the workplace as illuminated by author Sheryl Sandburg's book Lean In: Women, Work and the Will to Lead. The lead female architect that assertively handled the situation with poise and grace tactfully pointed out the elephant in the room without creating conflict. She supported her "work sisters" in the room by role modeling a tactful way to address and re-frame women's' role in the professional work environment.

Women are still underrepresented at every level in the corporate pipeline. Many people assume this is because women are leaving companies at higher rates than men or due to difficulties balancing work and family. However, our analysis tells a more complex story: women face greater barriers to advancement and a steeper path to senior leadership. Female leadership is an imperative for organizations that want to perform at the highest levels. Yet based on the slow rate of progress over the last three years, it will take twenty-five years to reach gender parity at the senior-VP level and more than one hundred years in the C-suite.

How can you and your work sisters impact the equality of women in the workplace and begin to eat away the embedded cultural biases that still remain 96 years after the women's suffrage movement successfully ratified the constitution and guaranteed women the right to vote?

Discuss what you have learned in this article, explore and read the links provided, educate yourself. Knowledge is power. Encourage women that work with you to do the same.

Encourage other professional women around you to take a risk, manage them up for the work that they do, bring a junior worker with you and encourage her to sit by your side at the table and join in the discussions occurring.

Say What Needs to Be Said

If you hear a comment that is disparaging to women, disrespects a woman, or is clearly misogynistic in content, address it immediately and professionally. For example the other day a colleague heard a male colleague say (in reference to a professional woman who had just returned from maternity leave), "You know how hard it is for them to get back in the game after having a baby." She stated, "Yes I remember that you had a new daughter last year, I am sure you can identify with what the challenge is for new parents."

Create Your Own Professional Sisterhood Club

Author Jessica Bennett of "Feminist Fight Club" describes in her book how she and like minded female coworkers created the Feminist Fight Club. Jessica describes their club as a fight club "but without the fighting and without the men. Every month, the women would huddle in a friend’s apartment to share sexist job frustrations and trade tips for how best to tackle them. Once upon a time, you might have called it a consciousness-raising group. But the problems of today’s working world are more subtle, less pronounced, harder to identify—and harder to prove— than those of their foremothers. These women weren’t just there to vent. They needed battle tactics. And so the Feminist Fight Club was born."

Remember Your Own Biases

Are you contributing to the problem by purposefully not involving women, interviewing women, being catty about women colleagues, and not standing up for yourself as a woman professional?

The Sisterhood of the Traveling Pants was a charming-coming of age novel for young women written in 2001 about 4 teenaged female friends who found a magical pair of jeans that fit each of them, despite the fact that they were all different sizes and had different dreams. The girls decided to "share" the pants over the summer enabling each of them to find their confidence and do great things. Imagine if such a pair of pants existed (work appropriate of course) for working women. They would be the cutest pair of chino's, expertly tailored, that looked fabulous on every woman who slipped them on. Magically conveying confidence, empowerment, and supporting each woman who wore them to achieve her career dreams, the pants would serve as a catalyst for the Sisterhood of Working Women. Imagine a world in which each woman would take a turn with the pants then pass them along to a fellow sister in need. It's your turn, I have sent them to you, (they are on their way in your StitchFix box). Now pass them on.
--

Angela Hosking is the Administrative Director of Central Operations at the Levine Cancer Institute. She has a passion for leadership and change management, and is known for igniting and maintaining a motivated work culture, building strong, collaborative, influential work-teams and producing quality outcomes. She's also the author of the Leadership Elevate Her blog, which is dedicated to growing and empowering women leaders in corporate culture by teaching effective coaching skills to maximize the teams they are building.

Angela is a Leader/Speaker/Author, eternal-optimist Director of Nursing, with a passion for leadership and change management. Angela is the author of HerOneTribe.com which empowers women to live their most confident life as a fearless female within her online Tribal Community. Angela is known for igniting, maintaining and developing motivated work cultures. As a speaker, Angela shares how to inspire and create collaborative, influential work-teams who produce quality outcomes . Angela is also an Independent Contributor... Continue Reading

Meet experts like Angela to talk about how to use these ideas in your career:
I'm Ready to Meet the Community