Our next live welcome session is Wednesday, Nov 30, 2022Loading….

3 Ways Women of Color Can Get Ahead in Tech 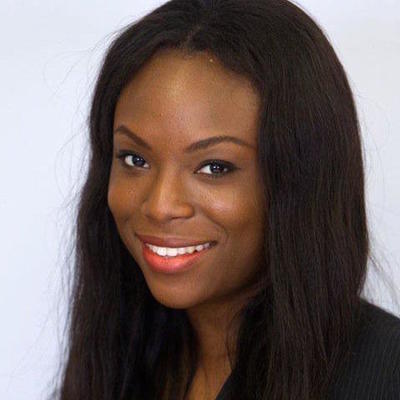 Despite being lauded as the hotbed of progress and innovation, Silicon Valley has a way to go when it comes to diversity.

The business case for fostering a diverse workforce is well-established, yet companies throughout Silicon Valley continue to have a gender wage gap and employ a disproportionately large male workforce. Various companies have taken steps to correct discriminatory hiring, compensation, and career advancement practices, but we can do more. We must all come together to fight the battle against workplace gender bias of the “young boys’ club” known as Silicon Valley.

For women of color, the road to equality is fraught with unique obstacles. Our intersecting identities — gender and race, as well as other elements like age, sexual orientation, class, and religion — can multiply the judgments we face every day. Unfortunately, many of the gender-focused hiring and compensation strategies continue to underserve women of color.

This isn’t a pretty picture. Though the odds may be stacked against us and the obstacles may be great, I know from personal experience that women of all identities and backgrounds can not only break into, but also thrive within Silicon Valley. It takes authenticity, relentless drive, and a collaborative spirit. It’s not easy, but it’s possible. Here are three research- and experience-backed strategies to help women of color establish and advance careers in tech:

1. Seek out champions, not mentors.

One major flaw still lingering in the tech industry is biased mentorship. Numerous studies have found that business leaders primarily invest in subordinates who are most like them — meaning white men tend to mentor other white men. Though their intentions are not malicious, this practice leaves women and people of color at a disadvantage for continued professional growth and career advancement opportunities.

Instead of adhering to this system, focus on building relationships with professional champions — people who have your back because they believe in your talent, not because of your race or gender. These could be current or former teachers, advisors, employers, or colleagues. Then, as your career progresses, pay it forward to the next generation by being a professional champion to your own diverse group of talent.

I always follow up with the people who’ve helped me. These are people I knew from high school, college, my first few jobs, graduate school, and, now, as an executive and entrepreneur. When others invest in me, I want them to see the impact they’ve had.

2. Bring your whole self.

A Deloitte study found that more than half of all U.S. workers conceal a part of their identities at work in attempts to better "fit in." Minorities, in particular, feel pressure to change who they are to avoid damaging stereotypes or hurtful prejudices.

When I started out, I worked hard to not be labeled an “angry black woman.” Looking back, I realize that my preoccupation with being who others wanted me to be did nothing to change their preconceived notions — it just stunted my productivity.

[Related: Addressing Stereotypes Directed at You (With Positivity Instead of Shame)]

Avoid bias traps by bringing your whole authentic self to work every day. Work hard and happily accept any task, no matter how small (an approach I learned from a one of my champions, Steve Blank, who also happens to be a white man!). Over time, your positive outlook and work ethic will generate a reputation for excellence that will outshine gender or race.

And remember, the cool thing about being rare is that it makes you valuable, so offer up your unique perspective whenever you can. I’ve learned to have conversations with people about unconscious bias. I’m open, honest, and vulnerable with them. This lets them feel the same way toward me, which creates a conduit for powerful dialogue.

Instead of networking for your own self-interest, put yourself out there for the little girls just like you. Speak at schools, attend career fairs, volunteer at STEM camps, or meet with aspiring entrepreneurs in one-on-one settings. Whatever you do, boldly represent a career path that many minority children might never have thought was possible for them.

It’s often a tough road for women of color in the tech industry, but there’s hope for the future. By seeking opportunities for growth, working fiercely and fearlessly, and being authentic, you’ll pave the way for the next generation of female minority entrepreneurs.

Dara Treseder is a globally recognized senior marketing executive with a passion for innovations that improve the human experience, public health, and women’s issues. She currently sits on the board of the Public Health Institute, one of the largest, most comprehensive public health organizations in the nation. She’s also the co-founder of NeuBridges, an innovation consultancy that, since 2014, has trained more than 1,000 entrepreneurs around the world. Before founding NeuBridges, Dara was an Entrepreneur-in-Residence at Stanford University’s Venture Studio, and she’s driven strategic growth efforts at Goldman Sachs and Apple.

Dara Treseder is a globally recognized senior marketing executive with a passion for innovations that improve the human experience, public health, and women’s issues. She currently sits on the board of the Public Health Institute, one of the largest, most comprehensive public health organizations in the nation. She’s also the co-founder of NeuBridges, an innovation consultancy that, since 2014, has trained more than 1,000 entrepreneurs around the world. Before founding NeuBridges, Dara was an Entrepreneur-in-Residence... Continue Reading

Meet experts like Dara to talk about how to use these ideas in your career:
I'm Ready to Meet the Community