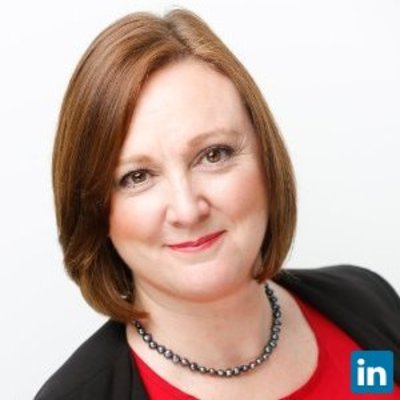 It’s usually not a positive impact, is it? It’s a lapse in integrity, and yet we witness this sort of behaviour from leaders all the time.

I coached someone who was intent upon crafting his own set of values for his team, which seemed like a good idea until I asked him what his company’s values were. When I pointed out that his version was essentially a rewording of the values that his company had already outlined and regularly shared, he responded, “Yeah, well, that’s just HR speak.”

The repeated, visible lack of regard for the company values rendered them almost useless. Is it any wonder, then, that employees dismiss company values as a lot of hot air with very little substance?

This tide is changing, though. People are waking up to the importance of company values, helped by the outpouring of sexual harassment stories coming from Silicon Valley.

Employees are more willing — and importantly able — to publicly hold leaders to account. You don’t need to hire an expensive lawyer to support your case in the courtroom to destroy a company and a leader’s reputation. Simply having the courage to evidence your story on a blog and share it on various social media channels can bring a company’s leadership grinding to a halt.

[Related: Why Company Bad News Doesn’t Always Mean You Should Turn Down A Job]

Just ask Travis Kalanick or Dave McClure, two Silicon Valley hotshots brought down several pegs in the spate of recent sexual harassment claims. Even Google’s lower-than-industry-average gender ratio and its shockingly large gender pay gap blows the lid on the mystique in which the Valley likes to shroud itself.

All is not as it seems in the Land of Innovation. While the tech darlings may be able to create innovation with widgets, they lack serious prowess in innovating the ways in which they manage, develop and promote people. The community is facing the consequences of failing to focus on a fundamental truth of business. Lasting business success relies on strong leadership delivered by people who practice what they preach with the understanding that they will be held to account when they don’t.

Before the Internet, it was easier to operate in secrecy. Well, guess what? Those days are gone. What I find interesting is the fact that the very people who create the platforms that enable such transparency behave as if they are above it. They also operate within the vacuum of a community that shows very little regard for anything apart from pushing the envelope of technological advancement.

Hel-lo-o! Has a whole industry lost sight of its reason for its existence in the first place? Isn’t technology about improving humanity’s experience of living?

It smacks of inauthenticity to put on an inspiring show for external audiences while draining the life out of the people who help you make it happen. It reeks of inhumanity to treat people as pawns in a game or objects with whom you can do your bidding. It reveals an arrogance that ultimately leads to reputational damage, or worse, total business destruction.

These values may not have been intended, but they are being clearly communicated through behaviour. You need only look at the actions of a person to determine if their walk aligns with their talk.

And that’s exactly why 90 per cent of all startups fail. Yes, I know that failure brings kudos in certain circles. It’s like a badge of honour some entrepreneurs wear proudly. There is certainly a lot to be gained and learned through failure, but repeated failures strike me as a backward approach to business.

In this jockeying for position, arrogance is mistaken for confidence. Hubris does not allow for humility and self-honesty. Instead, it creates an imbalanced foundation that eventually brings a business crumbling down.

[Related: Creating the Environment: Moving from Distrust to Trust]

Why do I care? I began my career in tech back in the 1990s, and I find it depressing that, in an industry where I once felt supported to see myself as limitless, it’s now filled with excessively-inflated egos and money-obsessed narcissists who have lost touch with their humanity.

Does the industry need a facelift, or does it require something deeper? I feel the soul is missing, and that’s why the industry is going through a very public roasting. Business leaders forget to take care of the most important component of their business - their people. Without people to deliver and develop the product IP, there is no business, unless of course the aim is to replace people with AI bots. Heaven help us!

In the Age of Disclosure, the threat of losing a job isn’t enough to keep people from lifting the lid on the real company culture that lies beneath the PR facade. In some cases, it is the very impetus to blow the whistle and burst the inauthentic bubble that surrounds certain companies, industries and leaders.

Ask yourself why you’re in business. Are you out to make a quick buck and impress your friends, or is your goal to create a legacy of lasting value? Both are valid, but it’s your actions, not your words, that will determine the outcome. A trustworthy reputation is an essential ingredient to longevity in an increasingly transparent world. While you may not be able to control market forces, you are in complete control of your actions and the attitude that fuels them. These days, it's not what you say but what you consistently DO that will shape your reputation.

Use this opportunity to learn from others’ mistakes. If you identify your values and make it your mission to live, eat and breathe them with integrity, you will be on your way to creating a leadership core that radiates brilliance. In a swirling sea of egos, you will stand out as a lighthouse guiding your fellow travellers' path to success.

Lori West is the founder and managing director of The Brilliance Trailblazer, a leadership development consulting, coaching and mentoring company. Her mission is to cultivate agile, inclusive, purpose-driven organizational leaders who are ready for 21st century. To find out how you can become a Brilliance™ Trailblazer, click here. To download a free copy of Lori's eBook, Poised for Progress, click here.

I am founder and managing director of The Brilliance Trailblazer, a leadership development consulting, coaching and mentoring company. My mission is to cultivate agile, inclusive, purpose-driven organisational leaders who are ready for 21st century. Continue Reading

Meet experts like Lori to talk about how to use these ideas in your career:
I'm Ready to Meet the Community