Fight White Supremacy with Your Wallet and Your Voice 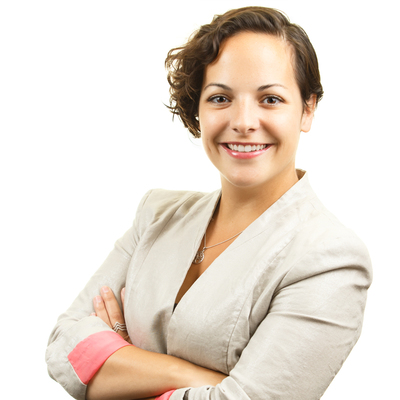 I want to use this platform and my privilege as a white woman to explicitly condemn the racist white supremacist rally in Charlottesville, VA this month. I’m sick over their message and the resulting violence and death. It is clear that this hatred is not new, and did not come out of nowhere. I have seen a lot of other white people expressing shock and disbelief over the blatant racism that was on display. This hatred and racism is not new; white people are just now finally being forced to face it. People of color have had to experience this hatred in the form of police brutality, redlining, gerrymandering, and more. This isn’t new to them. So let’s do our part and stand up against racism, white supremacy, and hatred.

[Related: How Much Social Responsibility should Firms Assume, and of Which Kind?]

Yes, the 2016 presidential election was important, but the 2018 mid-term elections and all local elections matter just as much, if not more. Our representatives in Congress make our laws, good or bad. Just because someone has been in Congress for 40 years doesn’t mean they should stay there. Let’s get people into government who actually reflect our values and want to make our country better.

Don’t know where to start? Check out organizations like EMILY’s List and Run for Something. Do research around candidates in your own area. You can donate or volunteer at their local campaign office.

Thanks to Jessica Raven from Collective Action for Safe Spaces for recommending also donating to the organizers on the ground, so they can keep doing their work. Donate to Treyoncé and Em.

Of course, there are many things we can do that do not involve opening our wallets. If you want to take things a step further, or if you can’t afford to donate your money, there are other things you can do.

If you want to be active in the resistance against hatred and white supremacy, you can donate your time and skills. Find an organization in your area (perhaps a local chapter of one of the organizations I mentioned above) and become a volunteer.

I believe that silence makes you complicit. If you don’t speak up when you hear or see racist, homophobic, sexist, or transphobic words or behavior, you’re condoning it. Your silence tells your friends and family that what they do and say is okay, and that they will not have to face consequences. And just a reminder: this is not a free speech issue. You aren’t infringing on their right to say hateful things, you are merely holding them accountable for their harmful beliefs. They can say anything they want, but there can (and should) also be social consequences. (Remember, though, inciting violence is NOT covered by the first amendment.)

There are representatives out there who aren’t openly supporting white supremacists, but many of them aren’t explicitly condemning them either. And like I said above, that’s basically condoning their message. Let your representatives know that you will not stand for racism and violence, and that they shouldn’t either. Remind them that 2018 is right around the corner. This applies to your local politicians as well, so contact your mayor, city council, and state representatives.

If you’re a white person, it’s not up to people of color to educate you on the history of racism and its continued impact today. When those who are most impacted by racism have to expend their time and energy educating those who aren’t, it’s an added layer of emotional labor. So do your part to educate yourself. Here’s a helpful syllabus to get you started. But when people of color DO want to educate you, listen and believe them! Don’t monopolize the conversation by insisting that you’ve never seen that kind of racism, or that you aren’t a racist person. That derails the conversation and makes it about you, rather than the actual issue at hand. Step back, listen, and learn.

There is truly no excuse for not voting, if you are an eligible voter with access to your polling place. I know our political system can be demoralizing, and it often feels like our vote doesn’t matter. But the only time our vote doesn’t matter is when we don’t cast it. So make sure you are registered to vote, find out where your polling place is, and get to the polls on election day. I’m not just talking about the presidential election, either. I’m talking about mid-term congressional elections, and mayoral elections, and even school board elections! They all matter, and they impact you and the people you love. So make sure you’re doing something about it.

If you want to take it a step further, sign up to register people to vote and/or volunteer to drive people to their polling place. And don’t forget to fight voter ID laws in your state.

Maggie Germano is a Certified Financial Education Instructor and financial coach for women. Her mission is to give women the support and tools that they need to take control of their money, break the taboo of discussing debt and income, and achieve their goals and dreams. To learn more, check out Maggie's website, maggiegermano.com.

I'm a Certified Financial Education Instructor and financial coach for women. My mission is to give women the support and tools that they need to take control of their money, break the taboo of discussing debt and income, and achieve their goals and dreams. I do this through one-on-one financial coaching, monthly Money Circle gatherings, my weekly Money Monday newsletter, and speaking engagements. Passionate about many issues affecting women, I also serve on the board of... Continue Reading

Meet experts like Maggie to talk about how to use these ideas in your career:
I'm Ready to Meet the Community