Why Angel Investors Should Spread Their Wings For Latinas 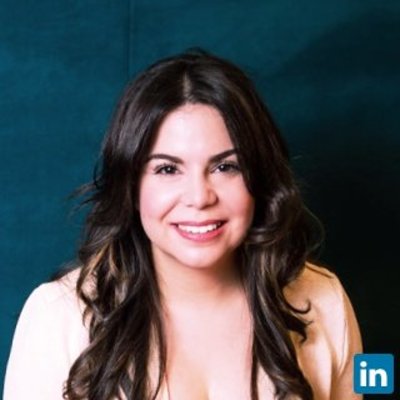 The future is female, and we are seeing that across the globe, but the future is also Latina. The National Women's Business Council states there currently are 1,469,991 Latina-owned businesses in the United States, generating $78.7 billion in receipts. Latinas are on the rise: there has been an increase of 86.6% in Latina-run businesses since 2007. In 2012, Latina-owned employer firms paid their employees $13.2 million, a 41.4% increase over 2007, generating $51.4 billion in receipts.

In 2015, only 25% of U.S. angel investors were women, and only 5% were minorities. Unfortunately, people are more likely to invest in founders who are like them, and the strongest similarity people see is gender. Men invest in men.

However, women are now players in what was once a man’s game. In 2016, more than one in four angels were women — 26%. The percentage of angels who are women has more than doubled since 2011, when it was only 12%. This is a reflection of women’s growing wealth and their interest in making an impact, which includes investing in other women and solving the world’s most pressing problems.

Latinas are on the rise, and funding is not coming from traditional sources.

Women entrepreneurs who express passion and confidence are more likely to succeed and to attract an investor. To capture the wallets of investors, future entrepreneurs need to capture the investors’ imagination with how the product or service is a “must have” for the market, and they also need to know the difference between angel investors and venture capitalists.

An angel investor is an accredited investor, a high net-worth individual who has an income of at least $200,000 per year (or $300,000 for a joint salary) with the expectation that this income will continue into the future. Angel groups are becoming more prevalent because they work to syndicate many angels together into a single investment, and are a great way to invest quickly. Venture capitalists (“VCs”) are typically formed as Limited Partnerships, in which the Limited Partners invest in the venture capital fund.

While venture capitalists are professional investors who invest other people’s money (at least $2 million) in ventures and generally focus on companies that have achieved operational milestones, angel investors do not invest for a living; rather, they invest their own time and money (often less than $100,000), and in companies at an earlier stage of development. The degree of involvement that angels expect to have in the business varies, from actively involved to a hands-off approach, but entrepreneurs will always benefit from their advice and experience.

Angels make decisions typically on their own, while VCs generally will have an investment committee working together to make decisions. Both angel investors and VCs will hold private equity from having made investments directly into private companies. VCs and angels want to see a return across their entire portfolio of investments of approximately 20-30% per year. The reason angels look for such a high return is that half of their investments are likely to go down and not return anything to the investor, while VCs get paid regardless of what happens; they take a salary from a portion of their funds raised. Angels are more interested in the success of their cause and more willing to do some heavy lifting in times of need.

Angels’ most common motivations are:

I am inviting all of the Angel Investors to spread their Wings For Latinas and invest to elevate Latina leadership while empowering a new generation of philanthropists. Latinas comprise the fastest growing group of entrepreneurs, outpace other groups in college attendance and attainment, and are professionals and leaders. Together, we will leverage the power of Latina leaders to create angel investors and philanthropists who are committed to contributing to Latina leadership programs and endeavors to further the pursuits of Latinas for the benefit of their communities and our world. If Latinas are provided with the information, tools, support, and a giving network, then they will engage in impact-investing focused on financially supporting Latina leadership initiatives. If you’re interested in taking a part of investing in Latinas you can message me on Twitter @Angelissina.

Angelique Sina is a relationship manager for financial institutions. She was appointed by the Mayor of Washington, DC to serve as Commissioner for the Latino Community. As a passionate advocate for women’s business success, she launched a Hispanic women’s leadership series and serves on different national boards, including being the Executive Director of an organization she co-founded.

Angelique Sina is a Global Relationship Manager at the World Bank Group. The World Bank has 180+ member countries and a global alliance of private sector companies where she has served as an account manager and spearheaded transactions generating over $500 million in revenues. In 2016, she was appointed by Mayor of Washington, DC to serve as Commissioner for the Latino Community. Born in Puerto Rico, Angelique has worked predominantly in the government relations and financial... Continue Reading

Meet experts like Angelique to talk about how to use these ideas in your career:
I'm Ready to Meet the Community