5 Negotiation Mistakes That Trip Women Up 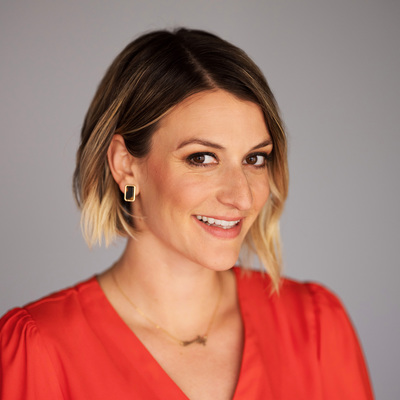 In a recent episode of Stuff Mom Never Told You, co-host Bridget Todd and I confessed to making all kinds of embarrassing negotiation fumbles throughout our career paths.

Part of coming up in the world of campaigns and politics like we did entails a LOT of job-hopping, since your work is at the mercy of the election cycle. But for all it’s uncertainty, all that job-hopping also gave me tons of opportunities to practice my negotiation skills – and I learned a lot through trial and (mostly) error.

Being the research nerd that I am, I hit the books and made it my mission to learn everything I could about how to become a negotiation boss, especially taking gender dynamics into consideration. In diving into the research, I realized I’d made some common, critical mistakes that trip so many of us women up.

I hope by sharing these missteps – along with more productive alternative approaches – I can help other women on the rise avoid the same tripwires.

The all-too-common practice of asking job applicants to state their own salary requirements has been shown to perpetuate already-unjust pay disparities between men and women. If the average woman is already making $8,000 less than their male counterpart one year out from college, that pay gap only compounds over time if employers base compensation on salary history.

Knowing how problematic this practice can be for women and people of color, states like Massachusetts, New York, and California have already taken action to outlaw employers asking about salary history.

Fortunately, there’s an elegant three-step strategy for how to dodge the question, which I lay out in this brief video.

If you’re feel truly backed into a corner and find yourself forced to answer the question, I’m partial to Cindy Gallop’s motto quoted in Jessica Bennett’s Feminist Fight Club. Gallop says, “Ask for the highest number you can utter without actually bursting out laughing.”

I realize negotiating via email can feel like a safer bet. You have the opportunity to proofread your message and ensure you say exactly what you want to say. It can feel less nerve-wracking than a live conversation. It’s strongly prefered by the introverts and conflict-averse among us. I get it.

But here’s the unfortunate reality: without vocal tone or body language helping to soften the assertiveness essential to asking for more, many women will suffer from the bias against women who communicate assertively.

And let’s face it: no one likes to receive a laundry list of demands. When you present your counter-offer via a live conversation, you’re able to deliver your priority asks one at a time and gauge the response before moving on to your next ask. I made the mistake of emailing over a bullet-point anthology of a counter-offer that resulted in the initial offer being rescinded, an applicant’s worst nightmare. While that outcome is extremely rare, a similar fate befell a professor who negotiated via email, too.

Instead of negotiating via email, use email to set up a time to talk through the details of the offer live (either in person or over the phone), at which time your body language and/or vocal tone will help cut through the otherwise “curt” impression an assertive counter-offer can give when delivered via email.

[Related: How Much Is Too Much When You're Negotiating A Raise?]

I’m all about being an unapologetic #nastywoman when it makes sense, but during a negotiation, appearing pleasant is critically important – especially for women. I realize that navigating that balance between assertiveness and acting “ladylike” is comparable to tap-dancing on a tightrope, but research shows that slapping a smile on your face is well worth it.

Negotiation-induced nerves can often cause your face to drop and make you to appear stone-faced. Practice delivering your counter-offer with a smile to prevent your nerves from coming across as so serious that you border on appearing angry.

Should we have to contort ourselves to be treated as valuable professionals? Hell, no. But we’re operating in a world full of injustice. That’s the reality of the situation. At the end of the day it’s up to you if you’d like to hack into people’s unconscious bias to tip the scale in your favor or not.

Mistake 4: Forgetting That Everything is Negotiable

According to the Bureau of Labor Statistics, salary accounts for only about 70% of the average employee’s total compensation. As a result, it’s imperative that job-seekers don’t leave 30% of their compensation on the table when entering a negotiation.

Let’s say the prospective employer with whom you’re negotiating can’t meet your salary request. Don’t think that’s the end of the negotiation conversation. Pivot to other non-monetary benefits that can add value to your employment. Is it the ability to work from home once a week? More vacation days? Having a budget for professional development opportunities available to you each quarter? Coverage for transportation, health care, child care? How about stock options? A guaranteed performance review and promotion consideration six months into your contract? Don’t leave these extremely valuable variables on the table.

[Related: Non-Salary Perks You Should Ask For]

Mistake 5: Waiting For The Red Carpet

Keep in mind, no rational employer is going to roll out the red carpet and invite you into the negotiation. It’s on you to initiate the negotiation conversation.

Research shows that women are more likely than men to ‘follow the rules’ of the workplace and assume that the processes of hiring and doling out promotions are more formal than they might be. Don’t be afraid to push back on the “status quo” and ask for more, even in an environment that seems structured against negotiation.

When I was offered my first full-time job straight out of college I was grateful just to be given the opportunity. I couldn’t have agreed to their initial offer fast enough, accepting immediately over the phone. I didn’t even realize that a negotiation was possible. Don’t repeat that mistake. Take the initiative to ask for more – because you’re worth it.

Have you made any of these common negotiation mistakes? What did you learn from your negotiation experiences? What strategies have you found most effective? I’d love to discuss them with you in the comments below!

This was originally published in my Forbes Leadership column and reposted here with permission.

Emilie Aries is the Founder & CEO of Bossed Up, an innovative personal and professional training organization that helps women craft sustainable careers. She's also the Co-Host of the Stuff Mom Never Told You Podcast.

Emilie Aries is an author, speaker, podcast host, and the Founder and CEO of Bossed Up, a personal and professional development company that helps women craft sustainable careers. Learn more at www.emiliearies.com Continue Reading

Meet experts like Emilie to talk about how to use these ideas in your career:
I'm Ready to Meet the Community