Dr. And Mr. Surgeon: Fighting Unconscious Bias In Ourselves And Others 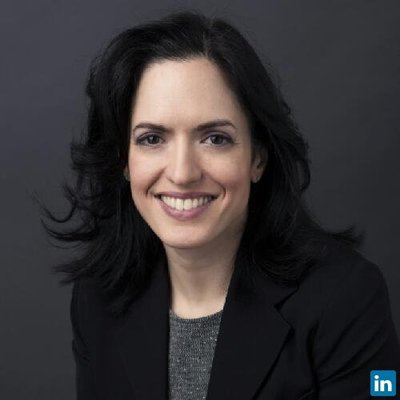 There is an old riddle I heard when I was 12 years old about a boy named Arthur who gets into a car accident with his father. He ends up at a trauma center, in need of an urgent operation. The old surgeon sees him, approaches the boy and his father, and says, “I can’t operate on him. He’s my son Arthur.” The question is: How can that be?

Throughout medical school and residency, I got used to the fact that the surgeons hob-knobbed in the locker rooms, and I was always around the nurses. Not that I minded them, but there was a great divide between myself and the rest of my peers in that respect. I remember thinking that the hospital locker room is the only place where the men’s room is nicer (and bigger) than the ladies’ room. That’s because the boys are the docs and the girls are their assistants.

As a resident, I often entered a patient’s room wearing my scrubs, clogs, white coat, stethoscope, and ID prominently featured, only to be asked where the doctor was. I struggled to get young female nurses to help with my patients while watching them take the initiative to help the male residents by offloading their chores. I thought this would end once I became an attending, that it would be magically obvious what my role was once I was “in charge.” But first guess at who I am when I enter the recovery room remains “social worker?” or “nurse’s aide?”

After all these years, it is sobering to see that things haven’t changed much at all, despite the fact that most of the students in medical school today are women. It is also disheartening to realize that, at least in my experience, most of the discrimination I face comes from other women. I want to scream at them and pound my chest, “Are we really the biggest part of the problem?”

In stark contrast to my medical bubble is the corporate environment of my husband’s world. His boss is a woman, his backup is a woman, and his company prides itself on a human resources department that champions gender equality in the workplace. But, even with these important structures in place, women’s experiences in the workplace remain different from men’s, regardless of the domain. So how do we resolve the gap?

One of the most important distinctions to make is the difference between equality and equanimity. Women and men are different, and it is unreasonable to imagine that they would or should have equivalent experiences in the workplace. But different doesn’t need to mean better or worse. Perhaps the goal is to ensure that difference does not impose a negative impact, rather than push for unnatural parallels. The key to progress is to identify those differences, acknowledge them, and create a level playing ground that takes them into consideration.Studies on corporate governance demonstrate clearly that companies run by women have some distinct advantages. They endure hardship more readily, mostly because they take on less disproportionate risk. Employees tend to feel more heard, and communication between levels of management remains more open. These findings echo studies of female physicians and their patients’ experiences. Women doctors tend to listen more, ultimately providing improved care because they miss fewer details.

While my gender continues to be a source of frustration in this profession, it is oddly simultaneously becoming a tremendous advantage. At least in plastic surgery, many patients feel more comfortable with a female surgeon. Maybe it’s because I understand their point of view. Maybe it’s because I know how uncomfortable bras are, or because I actually listen to them. Or perhaps it’s just because I can say words like “boobs” without it being creepy and unprofessional. I love being a female surgeon, and I will gladly take the good with the bad at this point.

I still get invitations in the mail addressed to “Dr. and Mrs. Michael Bartsich” (not his real name). I still get pushed around a little by the jocks in the OR lounge (well, they attempt it at least). I still get called “honey” by male surgeons who seem pretty happy with themselves for being so nice to me. And I still struggle with how to deal with it most effectively. But I have found that great strides can be made when you parlay your difference into advantage, leveling the playing ground through distinction.

Taking a moment for introspection, I have to admit that I’ve played my own part in the mess over the years. When I ask a patient about one of their other physicians, I default to “What did HE say?” But I am working on it, and I think/hope that I am slowly becoming part of the solution; and not just by being a female surgeon myself. I also hope that by continuing the conversation, I am helping to champion progress by modeling the “different but equally effective” principle in an environment that does not have a structured model for resolving gender relations. Having borne the brunt of this bias for many years now, I look back at my 12 year old self and deeply admonish her. “Can’t you see, you loser?” I ask. “The old surgeon was Arthur’s mother!”

Dr. Sophie Bartsich, MD FACS, is a Board Certified plastic surgeon who specializes in aesthetic surgery of the breast and body, as well as professional rejuvenation for men and women. As an Ellevate member, she strives to help other women reclaim their confidence through physical and mental self-improvement. See more at www.doctorsophie.com.

Ellevate Network is a global women’s network: the essential resource for professional women who create, inspire and lead. Together, we #InvestInWomen.

After completing my undergraduate education is psychology, I pursued a graduate degree in design marketing at Parsons School of Design. I had a brief career in the art and fashion industries, but eventually found my way back to my true calling: medicine. I quickly discovered the best profession for me, a mix of science, surgery, and art: Plastic Surgery. A former student at the Lycee Francais, I spent my formative years in a European educational... Continue Reading

Meet experts like Sophie to talk about how to use these ideas in your career:
I'm Ready to Meet the Community