Want to Save Your Company From Scandal? Give the Gift of Culture 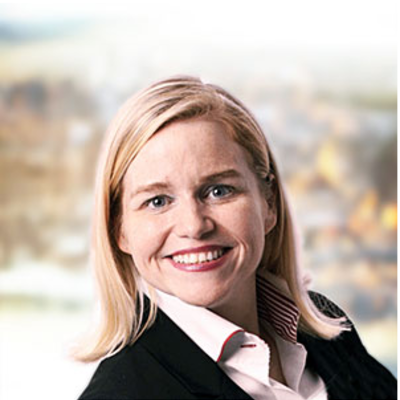 The holidays are upon us, and you’ve probably given lots of thought to how you’re going to show your appreciation for your employees and all their hard work.

But really, all your employees want going into 2018 and beyond, is a strong, inclusive culture. And it starts at the top.

This past year, we’ve seen firsthand what a toxic culture — one that degrades an entire segment of your employee and customer base — can to a company and a corporate career. A grassroots movement to expose sexual harassment and assault in the workplace has taken aim at major executives and politicians and, in many cases, taken them down. Uber CEO Travis Kalanick. Hollywood heavyweight Harvey Weinstein. Rep. John Conyers. Sen. Al Franken. Charlie Rose. Matt Lauer. Garrison Keillor.

The companies they’ve worked for have been left to pick up the pieces and rebuild their brand — ensuring the public that the apple fell very, very far from the tree.

It begs the question: How can you protect your company from such scandals? There’s no silver bullet, of course, but the key to prevention lies in a strong, inclusive culture — and leaders who get it.

The C-suite sets the cultural tone across all aspects of a business and is responsible for how inclusive an organization is — or isn’t.

I’ve seen this firsthand throughout my 20-year career in energy, which is one of the worst when it comes to the number of women in its ranks.

But the diversity gap isn’t unique to the energy sector. The 2017 Women in the Workplace study, a collaborative effort between Lean In and McKinsey & Company, found that one in five C-suite executives is a woman. One in 30 is a woman of color.

On top of that, nearly 50 percent of men think women are well-represented in leadership at companies where only one in 10 senior leaders is a woman. And a third of women feel the same way.

That’s a culture problem, and it’s going to take strong, committed leadership to fix it.

It sounds like common sense, but there is now research to support it.

Earlier this year, the Boston Consulting Group joined forces with the World Petroleum Council to look at the gender gap in energy specifically.

In an industry where the vast majority of CEOs are male, that means a lot is riding on a few good men.

Or maybe not: June marked the launch of the CEO Action for Diversity and Inclusion led by a steering committee of CEOs and leaders from Accenture, the Boston Consulting Group, Deloitte US, The Executive Leadership Council, EY, General Atlantic, KPMG, New York Life, P&G and PricewaterhouseCoopers.

The initiative has collected commitments from more than 150 CEOs to take a specific set of actions to cultivate a diverse and inclusive environment, one that empowers employees to promote diversity and inclusion, too.

The key word there: action.

While pledges and public statements about a commitment to diversity sound great, they don’t push the needle for women in the workforce. That’s going to take action — and leaders who are committed to change.

On the website for the CEO Action for Diversity & Inclusion, there’s a place for companies to highlight the real work they’re doing to change the face of their businesses. Entergy, an integrated energy company based in New Orleans, implemented a new three-fold process to ensure local diverse suppliers can compete for contracts. KPMG created its Women’s Leadership Summit to move more women into C-suite positions. And Emerson, a global engineering and technology company based in St. Louis, signed the CEO Action and then announced it had joined Pink Petro, the global community I created to fight the gender gap and stereotypes in energy.

This isn’t just important from a PR perspective; it’s a business imperative.

Three-quarters of oil and gas employees are 50 years of age and older, according to the report from the Boston Consulting Group.

There won’t be enough men to fill the gaps when those employees start to retire. The energy industry will need women to survive.

Safety and quality are other key considerations, especially in a high-hazard industry, and the report ties more women in the industry to improved problem solving, greater creativity and lower-risk decision-making.

And last but certainly not least comes revenue. Past research has shown that an organization with 30 percent female leaders can add 6 percent to the bottom line.

That’s true across all industries, not just energy.

Given all that’s at stake, I’m going to ask something of all those CEOs who get it – and even those who don’t: Consider yourselves, and the rest of your C-suite, chief culture officers for your organizations.

Take a page from Peter Coleman, CEO of Woodside Petroleum, who told the crowd at the World Petroleum Congress this summer that diversity and inclusion “must be led by me.” He also issued an advertisement to dissatisfied energy employees everywhere: “Working for a company that promotes bias? Leave and come work for us.”

In the big world of deal-making, the new T&Cs — in energy and beyond — are talent and culture: talent, because the pipeline as it stands can’t support the industry’s future needs. And culture because, increasingly, that is what will bring people into our businesses and keep them there.

This is not an HR matter; it’s something the C-suite — the entire C-suite — needs to own, now more than ever.

Katie Mehnert is the CEO of Pink Petro, a global community aimed at disrupting the gender gap in energy. She’s a former Health, Safety and Environment leader at BP and Shell and a Top 40 under 40 entrepreneur.