​Leading from the Next Generation: Four Simple Ways to Stop Reinforcing Gender Stereotypes in the Workplace 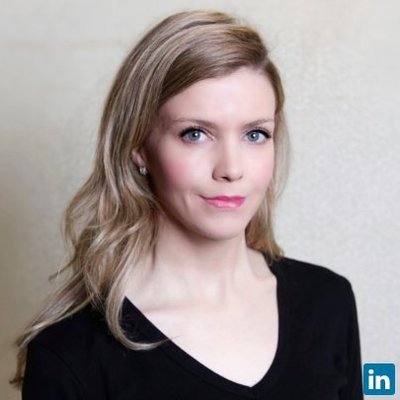 A recent BBC series, No More Boys and Girls: Can Our Kids Go Gender Free?, examines how adults treat children differently based on their gender and how this may affect equality in adulthood. One particular segment caught my attention. It documents how adults engage with young children at playtime and how they (unconsciously) influence gender-stereotyped play. Both men and women offer the girl soft or nurturing toys (a pink dolly or fuzzy bear) for role-play, while they offer the boy complex toys such as a form fitter, a multi-sensory rattle, or a puzzle game. Without even realizing it, they are perpetuating stereotypes that girls are quiet, soft, and caring, while boys are dominant, hard, and problem solvers. Such stereotypes often linger into adulthood.

The BBC series struck a chord. It reminded me of past office experiences where female co-workers were asked to complete “office housework,” tasks unrelated to the scope of their responsibilities — ordering food for an internal meeting, planning an office baby shower, leading an office cleanup, or even loading and starting the office dishwasher, to name a few — the assumptions apparently being that women perform these tasks better than men, or enjoy them.

If we are to have truly diverse and inclusive workplaces, then we must be more conscious of how our behavior affects the people around us. The suggestions below are not difficult steps to behave in a neutral, non-gender-biased way and move beyond traditional norms into the reality of a workplace where women are earning more advanced degrees than men and are increasingly being tapped for leadership roles.

Be thoughtful about assigning tasks

Think back to your last meeting. Who was asked to take notes or order food? Was it a woman? Was that part of her job, or did someone perhaps ask her because of a bias that “women take better notes”? Before assigning roles and responsibilities to team members, think about the tasks involved and why you ask a particular person to perform them. This is a first step in making decisions consciously and without bias.

On the other hand, if others often ask you to perform tasks that aren’t part of your role and that feel gender-biased, speak up. It’s possible the requestor is simply unaware of the potential for bias. Alternatively, suggest someone better suited — for example, a colleague known for finding great local food delivery sources.

If you often raise your hand to “help” (as many women are inclined to do), be aware that doing so could sustain such a cycle of gender-biased requests.

Women and men alike enjoy travel, adventures, politics, movies, architecture, sports, fashion, and more. Interest depends on the individual, not the individual’s gender. Yet social norms often dictate our conversations: for example, people expect women like to talk about fashion, family, pregnancy, weddings, decorating, or shopping and that men like to talk about sports or home improvement. A certain brother-in-law I know would disagree; he can’t name most NFL teams, and has no interest in doing so.

[Related: What I Didn’t Expect When I Was Expecting: Confronting Societal Norms as a Working Parent]

Connecting on common interests is at the heart of building relationships. Don’t box others into topics based on their gender and, in groups, be aware of whether people are engaged and adjust topics so that everyone feels included. In fact, one of the best strategies for remaining open and flexible in communication is to listen and ask questions.

Invite everyone to play

Similarly, hobbies and activities are not gender-specific. Participating in the office football fantasy league has introduced me to a group of football lovers with whom I wouldn’t otherwise interact much. We have bonded over banter and bad rankings. Encourage everyone to take part in such activities, and make sure those who join aren’t made to feel uncomfortable simply because of their gender. Another good way to include everyone is to plan team outings where members take turns choosing an activity for the group. Don’t limit “inclusiveness” to your co-workers, either — if developing relationships with clients is part of your role, invite all to take part in a golf game or attend a Broadway show.

Expect excellence from all

Studies have shown that women are successful across all levels of traditionally male-dominated STEM (science, technology, engineering, and math) fields. Moreover, arecent study by the Peterson Institute for International Economics found that companies with more women in the C-suite tend to be more profitable — in part because of diversity in thought, opinion, and perspective.

An easy rule of thumb is to expect the same level of engagement and excellence from everyone, regardless of gender. Don’t make assumptions about life or career goals; for example, don’t think that women aren’t working as diligently as men toward their next raise or promotion, whether or not they are the sole or primary earner in the household, or assume the mothers on your team are not as driven about their careers. Rather, expect that everyone can do the jobs for which they were hired, that performance will vary by person, and that everyone wants to succeed and is open to new challenges. At the same time, make your career goals known to your manager. If you are working towards a promotion, make sure you have proven you are ready.

Step up and lead change

As a child, I built forts, played with Legos, and created cities in the sand for my toy cars and trucks — and my Barbies were strong, independent career women. And I’ll admit, as a grown-up I’m not the best note taker, coffee maker, or party planner. These tasks have never come naturally to me, and I am not necessarily interested in performing them. Fortunately, I have not found these to be expectations for me in my current firm.

[Related: Addressing Stereotypes Directed at You (with Positivity Instead of Shame)]

If gender continues to influence the tasks, projects, or responsibilities we assign to employees, we are doing them and the organization a disservice and fueling a perception that women are not as capable of performing more strategic work. Rather, we need to help our co-workers build different skills and grow professionally into great leaders.

The gender-stereotyping cycle needs to stop. Women and men are equal in their drive, motivations, and interests in acceptance and performance. As the next generation of leaders, we can – and need to – lead by example.

Terri Mackay is a Senior Marketing Manager at West Monroe Partners. With over 8 years of experience in the financial, technology and consulting industries, Terri merges data, digital, and design to implement effective marketing strategies.

I’m a Marketing Executive with over 8 years of experience in the financial, technology and consulting industries. I merge data, digital and design to implement effective marketing strategies.

I have studied, lived and worked around the globe (London, Moscow. Almaty, Paris). I am extremely passionate about my work, which centers on designing and executing strategic marketing initiatives, performing market research & analysis on both my company and competitors as well as solving complex business development issues.

I am excited to join a group... Continue Reading

Meet experts like Terri to talk about how to use these ideas in your career:
I'm Ready to Meet the Community