Another Word for Thinking 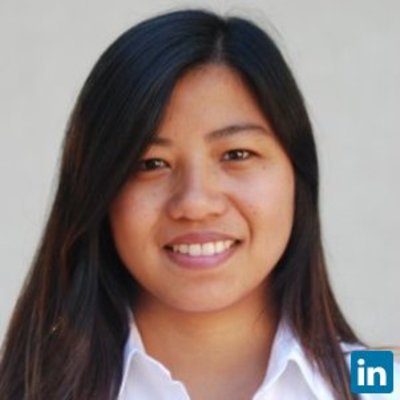 Language is fascinating, as is culture. Guy Deutscher, in his book “Through the Language Glass” has so eloquently described in detail how language and culture influence each other. A change in word can change how we perceive, experience and understand a phenomenon.

Being multi-lingual, I understand this quite intimately. One of the downside to this, is that I also find that, through linguistic comparisons, words can sometimes fail certain experiences because they don’t always fully capture them. Perhaps this is why I am also a linguist in poetry, which breaks down syntax and certain rules in language. Art is an alternate language.

Bringing back to verbal and written language, we can play around with similar concepts seen through different world languages. I am not an expert in Pali language, which is used only in Buddhist religious texts for most part. However, I am fluent in Burmese and many words in Burmese come from Pali. One such word is Sait in Burmese, which is written as Sit-ta or Cit-ta in Pali. It approximately translates to Mind in English.

What is interesting about this Mind or Cit-ta is that, although it shares the fundamental meaning of mental processes in its definition, there are slight variations in its connotations. Mind, in English language, is commonly understood as “intellect or understanding, as distinguished from the faculties of feeling and willing” as defined by Dictionary.com. We often use the word “mind” to refer to thoughts or cognition, which is information processing.

Meanwhile, Cit-ta or Sait, in both Pali and Burmese, is understood as more than just thoughts and cognition. It includes the faculties of feeling and willing as well. Dictionary.com does include this definition of “(in human or other conscious being) the element, part, substance, or process that reasons, thinks, feels, wills, perceives, judges, etc.” for the word ‘mind’. However, in American and most English-speaking societies, we do not always use this definition in our speech and other forms of communications.

Humans and Thinking with Mind

Humans do think with our minds. We do so with the capacities of the Pali and the latter English definition of mind. We do not think only with our intellect, void of feeling or willing. We think with our humanity, simply because we are human. With the advancement of technology, both mobile and wearable, we can re-think this on some level. But I’d rather leave that discussion to another article. On the basic level, we are humans, which means we think as humans, and humans have humanity within us. The last sentence may seem redundant. Yet it needs to be stated explicitly, because there is an assumption somewhere out there in our systems, that we do not act as humans would.

If we are to be authentic, and to use our full human potential, let us start thinking with our humanity, with all of our intellect, feelings and willing. This is not to say, we react. There is a critical difference between reacting and responding, just as there is a major difference between projection and intuition. I am saying, let’s think with our intuition. Let’s respond, not simply react or rationalize. Response is a reply action to a stimulus, hence there is an element of mutuality with it. The collaborative effort of response builds social capital. Rationalization and reactionary efforts don’t. Reacting does not require skill as it is an emotional knee-jerk reflex. Rational and logical thinking does take some skill. Similarly, responding with intuition takes skill as well. As with any skill, it can be learned and acquired.

If you want to learn how to hone your responding skills, to cultivate your intuition and develop your thinking with humanity, you can do so, with the presence of a facilitator. Samudara LLC brings together a confluence of specialized knowledge and technical assistance to propel organizations and communities toward new destinations through consultation and thinking facilitation. You can contact me at ssmaung@samudara.net or (510) 725-4021 so we can explore the depths of your human potential and the waves of social capital you can create.

Trained in psychology, human development, counseling, and culture and systems, Su Su Maung has extensive experience with facilitating change in human behavior and empowering communities. Her active leadership on the executive boards of organizations, her career as a Licensed Marriage and Family Therapist (MFT51546), her role as a psychology instructor, and her interests as a literary artist bring a unique interface of science, humanity and creativity into her work. She is skilled at providing behavioral... Continue Reading

Meet experts like Su Su to talk about how to use these ideas in your career:
I'm Ready to Meet the Community