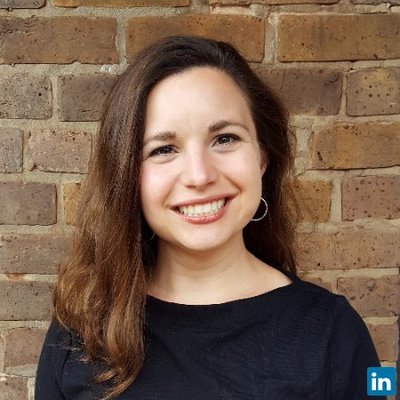 I'll never forget the first time someone quit my team. This person  —  let’s call her Kelly* —  was bright, talented, a high performer and, as I learned too late, extremely dissatisfied.

After she left, I struggled with a lot of self-doubt and was very hard on myself at first. Did this mean I was a bad manager? Had I inadvertently driven her away? Through lots of introspection and conversations with mentors and coaches, I now have a clearer picture of where things went wrong.

Here are five valuable leadership lessons I learned from this experience... the hard way, of course.

1. Set the right kind of expectations.

It’s never too early to have a conversation, or preferably several, about expectations for an employee’s role and what success looks like now and in the future. Before Kelly left, I did a lot of expectation setting with everyone on my team, but it was mostly project-based. I spent too much time talking about deadlines and deliverables and not enough time talking about broader success. We should have had more, and earlier, conversations about expectations for everyone’s roles more holistically, including mine.

As a survivor of many painfully bad performance reviews, I was skeptical about performance management for a long time. I realize now that just because I’ve only seen it done badly, doesn’t mean it isn’t important. If you aren’t checking in regularly with employees about performance (I wasn’t), they won’t know how they’re doing or where they stand. Unfortunately, this means they might assume the worst.

3. You are not your direct reports.

I really wanted to be the kind of manager to Kelly that I wished I had had when I was at a similar stage in my career. But the keyword in that sentence is "I." Kelly didn’t need the kind of manager that I would have needed. She was her own person and needed very different things. It was incredibly humbling to make this mistake because if you’d asked me whether I should manage everyone the way I’d want to be managed, I would have said, “No, of course not!” But I made the mistake anyway. With the best of intentions, I slid into it effortlessly, without even realizing I did so.

4. Don’t give yourself too much credit when things go well.

I recently hired someone new to join my team (let’s call her Olivia*), and things seem to be going well. If Kelly hadn’t come first, things would probably still be going well with Olivia, with one important difference: I would be giving myself too much credit for it. True, I’m a better manager now, but it’s equally true that Olivia and I have a lot more natural alignment in terms of our communication styles and preferences. I wouldn’t be aware of this dynamic if I hadn’t had the experience with Kelly.

5. Don’t be too hard on yourself when things go badly.

Lest you think I’m too pessimistic, I want to add one final lesson: it’s OK to lighten up on yourself when (not if) you make a mistake. People are nuanced and complex, and there were probably factors behind Kelly’s decision to leave that were beyond my control.

We all make mistakes sometimes. I hope you can learn from a few of mine, or if you’ve made them, too, at least know that you aren’t alone. As a mentor once said to me, “Here’s to making better mistakes in the future.”

*All names have been changed. All stories that involve real people have been published with permission from the individuals involved.

Robin Cangie is a career and leadership coach. She works with individual leaders and companies develop the skills they need to work and lead effectively in the 21st-century economy. Learn more at robincangie.me.

My work centers around this question: What does it mean to work and lead effectively in the 21st century? As technology and change proceed at breakneck speed, our approaches to working and leading haven't caught up. The result: confused and disengaged employees, dysfunctional organizations and leaders caught in the middle. My vision for the 21st century is a workforce that’s less afraid, less confused and more empowered to navigate a complex, uncertain world. My approach focuses... Continue Reading

Meet experts like Robin to talk about how to use these ideas in your career:
I'm Ready to Meet the Community