6 Tips on Breaking into a Male Dominated Industry 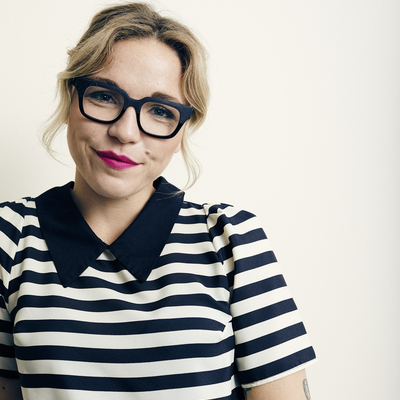 Women! Only two letters away from being just like men. Except it’s not that simple. We don’t want to be just like men! We want to be ourselves! Sure, we’re “women in business”, but at the end of the day aren’t we all just business people?

As if wearing a skirt suit, pantyhose, and pumps aren’t uncomfortable enough, we are now having to justify being a business rockstar.

I’m a chick who broke into the insurance industry, which, as we know, is very oldschool. I’m here to give you tips on how to play with the big boys, and how to switch up the playing field until the game is your own.

When is the last time you heard a man say he had a dumb blonde moment? Or that he’s feeling irritable because of PMS? Everyone is forgetful, and everyone can get in crabby moods. The only difference here is that men don’t apologize for it.

Own everything you do. Lean on your strengths, but also acknowledge your weaknesses.

I had my first real interview during spring break of my senior year in undergrad. Even though I was applying to be an art director, I still saw it as the great, big business world. So I bought a blue skirt suit and nude pumps, and was on my way.

Never. Have I ever. Worn a blue skirt suit again. I was rocking a look that wasn’t my own. I wasn’t confident in it, and I wasn’t comfortable in it.

These days I typically rock a black v-neck, black skinny jeans, and boots. I know what you’re thinking-- but, you’re in insurance! It doesn’t matter what industry you’re in. If you’re quirky, be quirky. If you’re artsy, be artsy. If you’re weird, be weird!

All that matters is that you’re being true to yourself. With that, you will be confident and collected. And then, you’ll be dressed for success.

Tip #3: Just because you don’t look like a typical business person doesn’t mean you’re not.

When I entered the insurance industry in 2014, I had a faux hawk with a rattail. Yes. You read that right.

I may have stuck out like a complete sore thumb, but with it, I brought a new perspective. If you look different, or act different, that probably means you are different. And different people can bring different ideas to the table, which is always a good thing to keep ideas rolling.

Don’t ever apologize for being yourself. Just because you may not look the part, doesn’t mean you weren’t born for it.

Remember when I told you I had a crazy haircut when I got into insurance? I didn’t even think twice about it. I also happen to work with my wife. Never even acknowledged it.

I’ve never hidden anything, I just don’t wave my hands in the air pointing out how different I am from everyone else in the room. I just live my life, work hard, and get things done. I’ve found that if you don’t make your differences a big deal, others won’t, either.

People are going to think what they want. This goes for in the workplace, and outside of it. And oftentimes, no matter how much you want to impact people’s perceptions, often times you cannot. So why not spend your energy on your next big move, rather than justifying your studded platforms?

Tip #5: You don’t need to overcompensate.

If you perceive entering the workplace as women as a disadvantage, you might not be wrong. Let’s face it, many people might not view you as the ultimate alpha in business when you don’t fit into a certain mold. But dogs come in all shapes and sizes, and all of them can bite.

People come from all kinds of backgrounds. Maybe you’ve had less experience, or less schooling. Maybe your clothes aren’t as chic. Maybe you’re not as charming or beautiful. That surely doesn’t mean you aren’t as great as anyone else! In fact, you might be smarter, more strategic, more creative, or even funnier.

If you go with the good, and don’t get hung up on what may be shortcomings, you’ll be well on your way to dominating in no time.

Tip #6: Don’t let anything get you down.

A few months back, I was standing outside of my office building with two guys that share the space. Our office is fairly casual, but two men approached us in suits and briefcases, so I guess they were there on “official business”. They walked up to my two very tall, very male friends and introduced themselves, shook hands, and walked off.

I wish I had said something, but I was so shocked that they 100% ignored me that it took me a second to process what had just happened. They had no idea who I was, or what I did. Maybe they just saw me as a short, blonde woman. Whatever it was, they glazed right past me.

Things like that happen all the time. And if it happens often enough, it can wear on you. Try to keep your eye on the prize. If you don’t quit, you’ll be a force to be reckoned with. Have at ‘em, girls!

Hannah Sullivan is the co-founder of Pogo, an startup that provides business insurance to the self-employed. She is a graphic/web designer turned insurance expert. Her hobbies include people watching, eating popcorn, and going to bed early.

Hi! My name is Hannah. I own an insurtech startup called Pogo. We provide business insurance for the self-employed. My passion is helping business owners stay protected and stay successful! Check us out at pogo.co Continue Reading

Meet experts like Hannah to talk about how to use these ideas in your career:
I'm Ready to Meet the Community