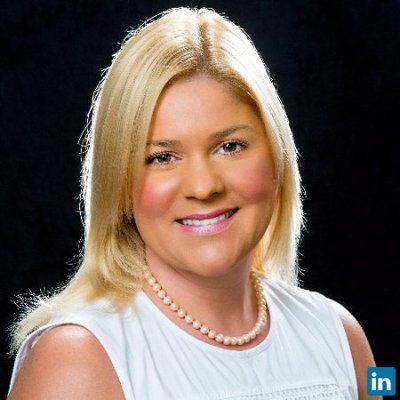 We know that women make only around 79 cents for every dollar that a man makes. What many people don’t realize is how long this practice has been unlawful.

It’s been unlawful for 55 years.

For more than half a century, this practice has been outlawed, yet it’s still happening in our workplaces across the country.

[Related: What is Equal Pay?]

The unfortunate reality is that, despite the laws, employers still seem to have the upper hand when it comes to this issue. Too many employees aren’t aware of what their rights are or how to assert them. Many women aren’t even aware of how grossly underpaid they are. And too many women who are aware that they’re underpaid are afraid to speak up for fear of losing their jobs or experiencing other retaliation. The shaky job market in recent years certainly hasn’t helped this climate.

However, continuing to allow employers to pay women less is only perpetuating the problem. Do we really want to go another half century letting females get paid 20% less than men just because of their gender?

Legislators have already done their part by creating these laws. Although the laws have provided some relief for employees in certain circumstances over the years, it’s obvious that more needs to be done. We can’t depend on employers to lead the charge. They’ve demonstrated for 55 years that their main focus is their bottom line, and since continuing to pay women less is in their best interests, it will undoubtedly continue so long as the risk of doing so remains relatively low.

But that risk increases substantially for employers if all women in the workplace start to make bold moves, hold their employers accountable, and stand their ground until the gender pay gap is completely closed. It’s on us to start holding employers accountable and force change. Here are 6 steps every woman can take to help level the playing field.

Start by researching what others in your field are making.

If you find that you’re being paid much less than the average for someone in your field with your experience level, or even just on the lower end, this could be a strong argument for a raise, or could be the starting point for filing a formal complaint about your pay. But make sure you know the compensation range of those in your field first before diving in or pointing any fingers.

Ask your company if they publish their gender pay gap data.

In the UK, companies that have over 250 employees are required to report their gender pay gap data, and the government makes that information publicly available. While we don’t have a law on the books like that here in America (yet), there’s no reason that employees can’t start demanding more transparency from their employers.

Ask your male colleagues what they make.

Money is such a loaded topic in our society, and there’s certainly a stigma in most workplaces about discussing salaries. However, “pay secrecy,” the practice of preventing employees from talking about their compensation amongst one another, has been illegal since 1935. This is another law that has been on the books for decades and simply has not been enforced. Employers who have pay secrecy policies are breaking the law and cannot legally retaliate against employees who discuss their salaries. So ask you male colleagues to show you their pay stubs. Ask them to support you in seeking the pay that you’re lawfully entitled to. And hopefully, if they want better, brighter futures for their daughters and sisters and female loved ones, they’ll step up and do the right thing.

Ask for a raise.

Let your employer know that you’ve been doing a lot of research on what people in your field make and on the gender pay gap and that you think you deserve a raise or a promotion. Go into the discussion not only with reliable research on what individuals in your field make, but emphasize the value that you bring to your company through your work, and highlight your successes and accomplishments. Asking for a raise can be uncomfortable, but we all need to start doing in more so that it becomes the norm and employers grow to expect such requests from female employees.

Get an accountability partner.

There truly is strength in numbers. So if you join with another female colleague at work, or a group of colleagues, and make a commitment to go through these steps together, you can support each other through the process. Having a trusted friend and colleague by your side as you take this bold leap can make a world of difference. And the HR rep is gonna be a heck of a lot more worried if they have five female employees walk into their office demanding gender pay gap data as opposed to just one.

The unfortunate reality—and what has kept too many employees silent for too long—is that employers often respond to employees who raise concerns like this by criticizing the employee’s work performance. However, retaliating against an employee who has requested equal pay or threatened to file a complaint is an unlawful practice that can get the employer in a heap of trouble, not to mention possible liability for defaming the employee’s character. It is critical to keep a paper trail of everything that is happening at work so that you can protect yourself and your reputation.

Employers have demonstrated for 55 years their refusal to voluntarily pay men and women the same, using loopholes in the laws and other technicalities to avoid responsibility. So let’s start to put some pressure on them. Yes, it’s uncomfortable, but you know what’s more uncomfortable? Continuing to work for 20% less pay than men receive.

Employers have had a tremendous amount of power and leverage in past decades, and they also have an interest in protecting their reputations. Taking a stand is not for the faint of heart. Standing up to your employer, the entity that provides you with your livelihood, can be terrifying. But what’s even more terrifying is to think that our daughters will be in the same boat, making .79 cents on the dollar for every dollar than a man makes 20 years from now because we refused to take charge and act.

Meet experts like Ashley to talk about how to use these ideas in your career:
I'm Ready to Meet the Community