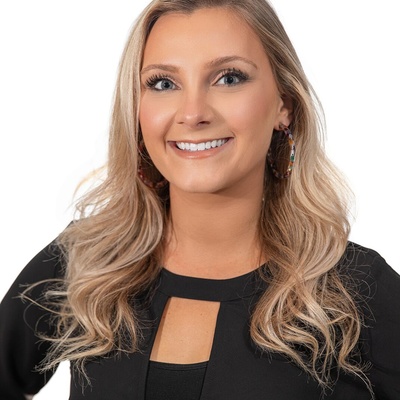 Many people have said to me that there is no such thing as a gender pay gap; they simply believe it’s a fallacy. It pains me to admit that a few of these people have been my best friends and family - you don’t even want to see the eyeroll situation during these conversations. I used to get really angry and would look at these people in a new - and dare I say, disdainful - light. That was all until I realized that none of these people are hateful supporters of gender inequality - the issue was simply a lack of knowledge. So, let’s go ahead and educate...

Equal Pay Day is a day to recognize the stark difference between the amount that men and women get paid. It is in April strategically to show how far into the year women have to work in order to make equal salaries men made the year prior. Since Equal Pay Day is this April 10th, that means that the salary that men made in the year of 2017 was only matched by women approximately 3 months into 2018.

This year, the research done by Payscale shows that women make 76% the amount that men make. So for every dollar that a man makes, women are making 76 cents.

I recognize my great amount of privilege in using the number 76%, too, because the truth is that it’s the most optimistic number when it comes to the gender pay gap. 76% is actually the average difference in salary among all women to men. When you look at the disparity between other minorities and ethnicities, the differences grow in intensity. Black women make 62.5% of the salary that white men make. And Latina & Hispanic women make a mere 52.5%.

Keep in mind that Equal Pay Day is not a day to condemn men and talk about all the ways in which women are treated unfairly (that’s everyday for me... kidding!). It’s a day to bring awareness to the fact that these inequalities unequivocally exist.

Still need some convincing? Take a look at some of the leading corporations in the country: Salesforce; SpaceX; and, Gap. They’ve coordinated audits on their companies to show that they’re committed to closing the gender gaps in business. While some of the results have been staggering - Salesforce, for instance,  paid $6 million in salary adjustments after seeing the results of their gender pay study — to me, what is more staggering is that some companies remain ignorant to the systemic issue at hand.

Now that we know the facts, what can we do about it?  Here are 5 Money Moves (Hey, Cardi B) that you can make this Equal Pay Day:

1. Check your privilege at the door.

If you don’t believe there is a gender pay gap, that’s likely because you are privileged enough to not be aware of the inequalities. Instead of just saying “there is no such thing,” do some homework. Talk to people - and not just people like you. Read articles. Get educated.

Make changes within your own power. Ask for the raise. Promote the work of other women at your company - especially those of minority or ethnic backgrounds.

Ask the companies that you work for to perform audits into their own salary practices. And furthermore, have the results published publicly to hold them accountable for necessary change.

4. Remember that there are other factors that play a part in the gender pay gap.

Women are not always given the same opportunities as men, they’re not promoted as often as men, they don’t ask for raises at the same rate as men, and finally, there’s the whole unpaid labor issue, as women are often responsible for as the caretaker of the household.

Now is the time to be making the money you know you deserve.

Madeline Kelley works on Business Development at Ellevate Network to create partnerships with companies to help them attract, retain, and develop their female employees. She believes that by providing companies the opportunity to partner with Ellevate in concurrence with, or in lieu of, their internal women’s groups, they will be able to help increase the number of female leaders in the workforce.

The opinions of Ellevate employees expressed here are their own and not reflective of that of Ellevate Network.