Networking: The Subtle Art of Wooing Your Contacts 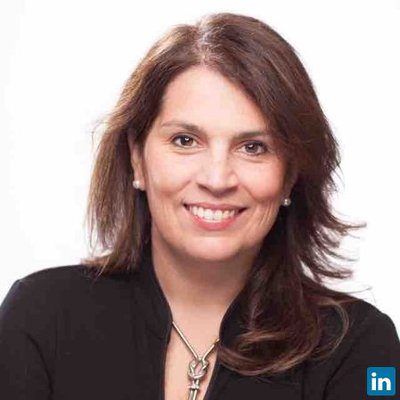 The incomparable Carla Harris has a great pearl of wisdom. People tell her, "I don’t need to speak up; my work speaks for itself!" She rebuts with, "That’s the problem. Your work doesn’t speak!"

Give people a reason to talk about you.

Networking doesn't just help you learn about opportunities. It’s also essential in securing introductions and references from influential decision-makers. Ultimately, networking can be the deciding factor that helps you land a job. It’s also something people, especially women, often feel uncomfortable doing. Comments range from, “It feels disingenuous” to “I don’t know how to sell myself” to “I don’t want to be annoying.” None of this could be further from the truth.

Just like you wouldn’t grab a drink with a total stranger and consider them your best friend, networking is about helping people get to know you so they want to either spend time with you or encourage others to do so. Stop worrying about being a nag or coming across as unauthentic, and start doing these few things to woo your contacts.

[Related: When Your Networking is Not Working]

Change your perspective: It’s not about you, it’s about them.

Networking is a two-way street. While you often think about what connections can do for you, what you should be thinking about is what you can do for your connections. People are always more likely to respond when you make it about them and not you. So, it’s important that you bring something to the table. Think about what you can offer them in a way that highlights you and your skills. Or, approach it as if you are networking for them and think about who you might know that would be a good contact for them. While networking isn’t necessarily a quid pro quo, your colleagues and contacts will be far less inclined to help you out if you don’t return the favor.

Pro tip: Send them a link to an article, a Ted Talk, an event, or something else that shows you understand their business and want to help.

Like any good relationship, networking is about finding commonalities, building rapport, and having substantive conversations. Finding common ground and points of shared interest are key to turning a connection into an opportunity. Identifying a mutual friend, alma mater, or hobby can provide you with an excuse to approach contacts and make them more likely to respond.

Pro tip: Put your shared commonality in the subject line of your email to grab their attention. This will also make it more likely they’ll open the email at all.

With the plethora of information about your contacts available to you through social media, you can easily find something in common with people and start to build meaningful and beneficial relationships. And who knows - they may even become a real friend.

As Abraham Lincoln famously observed, “Everybody likes a compliment.” This observation has been supported by a number of academic studies that have found that people are highly susceptible to flattery. A Stanford study went so far as to show that even insincere compliments from a computer affect us.

Knowing that most of us respond well to a little social stroking, consider using a little honest flattery in your networking conversations. The trick is to mean what you say in your admiration, so the "Fake it till you make it" mantra won’t work here. If you don’t feel comfortable paying someone a compliment, another tactic is to simply ask them about themselves. People, especially successful people, love to talk about how they got where they are.

Pro tip: Consider asking them out to coffee under the guise of wanting to know how they climbed the ladder and what their secret is to their success. Not only is this actually a form of flattery, but you may just learn something to help you emulate their behavior.

Networking isn’t a four-letter word. It’s actually one of the most valuable tools in your career arsenal, and one that requires constant honing. Think about how you can start implementing these strategies today in your network. Create a list of people you want to reach out to and think of the best way to approach them. Will you compliment them? Offer them a connection? Use a mutual hobby or commonality? Whatever it is, if you start doing it today, you’ll reap rewards in the future.

[Related: How to Build your Network in 15 Minutes a Day]

Vivian Garcia-Tunon is the Founder of VGT Consulting Group, which works with senior executives, mid-career professionals, and entrepreneurs to provide leadership, management development, and transition services, and helps them achieve individual professional goals and corporate objectives.

Meet experts like Vivian to talk about how to use these ideas in your career:
I'm Ready to Meet the Community