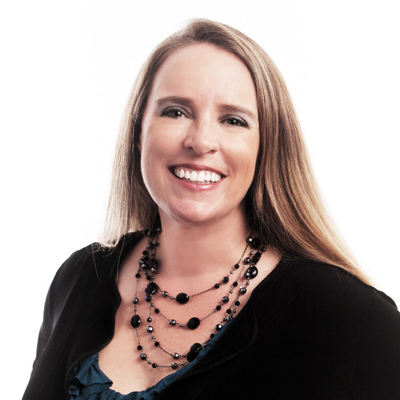 By many standards, Zoe Dunning may be considered a leader of one of the most significant changes in American civil rights history. Twenty-five years ago, with a single sentence, Zoe launched a sequence of events that led her to help transform one of the largest and most complex infrastructures on the planet  —  the U.S. military —  and forever alter the lives of thousands of LGB military service members. After famously declaring, “I am both a naval officer and a lesbian, and I refuse to live a lie anymore,” at a political rally in 1993, she won subsequent legal proceedings and ended up serving for more than 13 years as one of the military’s only openly gay service members. In 2010, after nearly 18 years of activism dedicated to changing hearts and minds, Zoe stood next to President Barack Obama as he made history, signing the “Don’t Ask, Don’t Tell” Repeal Act of 2010 and ending decades of institutionalized discrimination against members of the LGB community.

Zoe was admitted to the U.S. Naval Academy with a full scholarship. Although she felt an immediate connection with the military lifestyle and loved the idea of serving her country, her feelings grew conflicted as she came to realize she was a lesbian. She immediately recognized that her identity put her scholarship and her military future at risk. “The moment I learned I was a lesbian I also learned I had something I had to hide, very carefully,” she said in a 2015 TedX talk at Amador Valley High School. “So I spent the remaining years at the Academy and subsequent six years of active duty keeping this a secret. And it was not easy. I was a victim of sexual harassment, of gay-bashing.”

[Related: Why Diversity in the Boardroom Should Include LGBT]

After six years of active service, Zoe was accepted to Stanford Graduate School of Business and transferred from active duty to the U.S. Navy Reserves. At Stanford, she became involved in LGBTQ community and campus groups, yet she says she carefully maintained a separation between her private and military lives. In early 1993, Zoe was asked to speak at a rally to encourage President-Elect Bill Clinton to lift the ban on gay military service. At first, Zoe said no —  she was still in the Reserves, there would be too much press and she wasn’t interested in making a public statement about her sexuality. “They said, ‘Would you like to speak?’ and I said, ‘No, no, not at all,’” she says. But then, “I kept thinking to myself, ‘Why not? Why won’t I speak at that?’”

The offer continued to gnaw at her. The tipping point came when Zoe realized the very nature of the conversation precluded those most affected —  LGBTQ military members —  from having any voice in the discussion. “I realized that in all of the media, in all of the conversations we’d been having about the policy on gays in the military, everyone else was talking about it: gay rights advocates, attorneys, congressmen. The only voices that weren’t in the conversation were those who were actually impacted. Gays and lesbians in the military, by definition, were forced to not be part of the conversation. So I went back to my mother, and the lessons she taught me in the short time I had with her, and one of them was that if you’re not part of the solution, you’re part of the problem.”

As she built up to her speech at the rally, Zoe says her message formed in her mind. When she got up in front of the crowd and uttered her first public statement of her own truth — “I am both a naval officer and a lesbian, and I refuse to live a lie anymore,” — she changed her life, and in turn impacted thousands of other lives, forever.

When she reported for duty the next day, she was put on administrative leave. In the years that followed, she endured a series of military discharge hearings. In the first, the board unanimously recommended her discharge; two weeks later, President Clinton announced Don’t Ask Don’t Tell (DADT) and she went through a second hearing under the new policy in 1994. One of the first cases to be tried under DADT, she was allowed to remain in the Navy using a legal strategy the Pentagon later made illegal for any future defendants to use. Between the two hearings, she was notified she had been selected for promotion to Lieutenant Commander. “On the one hand, they were trying to kick me out,” Zoe says with a laugh, “and on the other they were promoting me.”

Today, Zoe leverages her experience as a consultant and facilitator specializing in working with leadership teams to help clarify vision, mission and values and align organizations around them. She provides this for a wide range of clients at Future State, a women-owned, employee-owned management consulting firm with headquarters in Oakland. She also continues to be active in support of veterans and the LGBTQ community. She serves on the advisory board of VetsInTech, an organization that supports veterans transitioning to civilian life gain access to education, employment and entrepreneurial opportunities in the tech sector.

Zoe names standing next to President Obama as he signed the DADT repeal bill as one of the most monumental moments in her life. “For the first time in the history of the United States, gays, lesbians and bisexuals were allowed to serve openly in the U.S. military,” she recalls thinking.

Zoe is a woman who doesn’t waste words. Much like the single 1993 sentence that ended up helping transform U.S. military policy, one succinct sentence summarizes her life’s work and philosophy: Be your authentic self. “All the people around you? You may think you don’t have as much in common with them as you actually do,” Zoe says. “Everyone carries secrets, everyone carries pain, everyone carries things they want to share. Reach out to one another. Ask each other how you’re doing. Tell them how you’re doing. Tell them about your unique experience. Every one of you: your experience, your ideas, your thoughts? They are your own unique personal strand of DNA. When we seek to understand each other, we all win.”

In her current role, Zoe continues to advocate for the value in diversity and support of others being their authentic selves in the workforce. She says:

“Tech is about innovation and innovation is about different kinds of thinking. So you want a broad spectrum of folks doing your engineering, doing your research and development, doing your marketing. That means you need to recruit a diverse workforce, which includes the typical gender, race and ethnic diversity, but also sexual orientation, gender identity, veteran status and disabilities — both physical and learning.

“Research shows people are at their best in a work environment where they can be themselves. Bringing our full selves to work makes us more effective and productive. Finally, a diverse workforce enables growth to scale because when you have a diverse talent pool, you’re tapping into many networks. The more diverse your employee pool, the more diverse their networks, so you will be better able to find the talent to continue to grow.”

Shannon Adkins is the CEO of Future State, a human-centered management consulting firm based in Oakland, California. A version of this article previously appeared on The Mission.