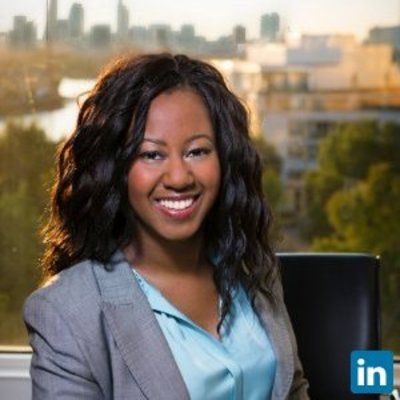 "Lessons will be learned" is a phrase that we hear frequently, but it’s not always followed with meaningful change. Within your organization, that doesn’t have to be the case. Use this project review framework to help your company actually learn lessons.

Start with establishing the needs and state of the project.

To effectively run a workshop on your project, it helps to have an understanding of who’s in the room, what their personal drivers are and their experience on the project and broader background. Knowing what to expect is useful for thinking about how you’ll deal with someone who doesn’t let others get a word in edgeways, someone who’s insightful but shy or somebody who’s particularly influential or powerful, who others may be reluctant to challenge.

Get the key stakeholders in the room.

There’s no point running this workshop unless you get the right inputs from those who understand why specific decisions were made. You need access to people who “know where the bodies are buried.” This is one reason that waiting until the end of a project means the exercise will be less beneficial.

Don’t leave it all until the end.

Another reason is that at the end of a project, it’s too late to improve it. Instead, take up opportunities along the way to learn from what the project is doing by holding lessons-learned meetings at key milestones of the project. If there are different teams for phases of the project, this can be a useful part of the handover and shorten the learning curve.

For the workshops to be really effective, the ability is key. This, in part, comes down to the culture of the organization. A blame culture will really stifle the ability for people to be forthright and uncover root causes. It can be difficult to get the sweet spot between a penal blame culture and an accountability-free zone.

Whilst a single meeting is unlikely to change the culture of a company, you can set clear parameters for the workshop. Explain that its core purpose is to learn from what’s gone well in order to build on those successes, and to learn from what’s gone poorly so that a more effective outcome can be produced in the future. It’s not about finger pointing but root causes in order to improve performance.

Ask these questions during the workshop.

Provide project categories in which to brainstorm what went well and what went poorly. Get attendees to prioritize which ones they’d like to explore more deeply.

For the most significant factors, ask these questions: who, what, when, where, how? These core questions help you get to the most important ones: why did you get that outcome and how do you get a better one next time? Spend time on those two questions, as they’re key to getting the most benefit from the exercise.

[Related: How to Create a Free Flow of Information Between Leaders and Employees]

You don’t want all the effort to go to waste, so make sure that the lessons are actually learned by providing clear guidelines of what to do differently in order to get a better outcome. Use wording such as, “In this scenario, consider doing this in order to prevent this problem,” or, “You may be able to get the best out of these resources by doing this.”

Capturing lessons doesn’t have to be onerous. You can record them on a short video clip or audio file and tag them with keywords associated with the project stage or topic, to be found by someone searching the system.

Oftentimes you’ll identify systemic issues. Formulate a way that this can be addressed if possible or assign a working group to look into it later. Even if the person with the power to authorize that change isn’t in the room, give the action to escalate that to somebody who is present and understands the issue. The action then becomes for that individual to make a case for change based on the findings of that workshop and other instances that this policy or practice has been ineffective.

Such workshops work best when they’re run by somebody independent of the team so you may want to deliver this for an area over which you don’t have oversight. If you won’t be impacted by the outcomes, you’re less likely to have strong biases which cause people to question your motives. It’s also helpful to have someone who’s not emotionally invested that can take an objective stance. It will give you a chance to learn from practice elsewhere within the business and advise based on your expertise and experience.

Next time you hear the expression “lessons will be learned,” you don’t have to suppress the urge to roll your eyes: take the lead to make it happen.

Karlene Agard, Consultant at , helps project leaders start megaprojects for success, using risk and value management. She's an award-winning specialist who has led strategic risk and value studies for multi-billion dollar programs such as Thameslink, Crossrail 2 and a property portfolio.

I developed a passion for helping mega-projects to get started for success using risk and value management during the six and a half years I worked in the rail industry at Network Rail and Transport for London. I have been recognised with industry awards and led strategic risk workshops for multi-million and billion pound projects such as Thameslink and Crossrail 2. Having undergone a one year secondment in the UK Parliament, I've recently launched a... Continue Reading

Meet experts like Karlene to talk about how to use these ideas in your career:
I'm Ready to Meet the Community