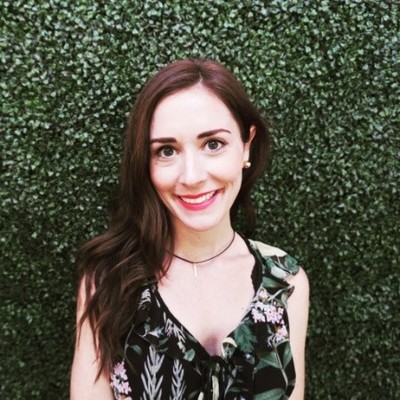 I began working in the manufacturing industry right out of my undergraduate college career. As a student, I was confident in my education, competence, and the value I could bring to an organization, yet there was something about the corporate world that I could not have learned in college. Transitioning from an undergraduate college campus of 60% women, where I blend in fairly easily, to a manufacturing company of more than 80% men, where it’s almost impossible to go unnoticed, was a challenge I was not prepared for.

Since those early post-college days in a male-dominated organization, I’ve learned how Western society reinforces the gender binary in all arenas. Institutions are “masculinized,” in that male occupations possess more social value. Organizational structures serve men, while disadvantaging women. “Masculine values” such as competition, independence, and problem-solving are rewarded, while “feminine values” such as collaboration and interdependence are undervalued, which continues to gender organizations as masculine.

The reason masculine values are preferred is because, historically, men controlled the public sphere, while women maintained the home/family sphere. However, in the past four decades, the sexes have infiltrated the “opposite” spheres. Today, women are prevalent in the public sphere, and men frequently maintain the private sphere. However, organizations continue to encompass masculine values and favor men. Organizations were made for men, by men. But it is time to accept that and make our institutions (and society) more inclusive for all.

[Related: A Letter to the Men in Our Lives]

While many organizations tend to be gendered masculine, the disproportional gender ratio is especially severe in industries that are dominated by men, such as manufacturing. While women make up about 48% percent of the United States’s labor force, they occupy only 29% of manufacturing jobs. The small ratio of women to men causes women to be victims of “tokenism.”

In organizations, tokens are simultaneously visible and invisible. When women are visible in organizations, they are often sexualized, objectified, or seen as motherly, rather than being recognized for their contributions and hard work. They often go unnoticed or are ignored, left out through language and excluded from conversation. Other times, they are noticed, but for their roles as part of families, rather than as dedicated employees. When women are invisible, they are subjects of jokes and excluded from conversations and extracurricular activities, which further perpetuates their exclusion and perceived differences. Frequently, women stand out and are noticed because of their gender, either for being "womanly" or talking and acting like men in order to be accepted.

Women’s sense of self is affected by the masculinity of the organizations in which they work. As part of my graduate studies, I conducted research seeking to understand the ways in which women are tokens, the responses women use in reaction, and how tokenism contributes to women’s sense of self.

Through interviews with women employed in the field of manufacturing, I found that communication is the leading way in which women are tokenized, and it happens in two ways.

[Related: What We Can Learn From Bullies About Business]

How do women respond when one of the instances described above takes place? Without exception, all interview participants described times they’ve felt uncomfortable at work because of comments made about themselves or other women. There were four overarching patterns for how women respond to men’s comments.

[Related: He Harassed. Later, I Responded.]

A workplace where objectifying communication and sexual harassment are not tolerated will be possible when organizations and individuals stop trivializing harassment and women stop questioning themselves, their feelings. and their reactions to these instances of discomfort. Understanding that everyone deserves to feel comfortable, safe, and productive at work - with clear expectations for appropriate workplace behavior - is important to changing the organizational culture.

By providing training for employees and through micro-practices, the culture of male-dominated workplaces can change. It is possible to end tokenism and de-masculinize organizations. The first step is awareness, and this research is the start to the conversations.

Carleen Ryan serves as the Chair of the Women's Initiative Network at Solar Turbines, and is a member of San Diego's Diversity and Inclusion Leadership Council. She is passionate about diversity and inclusion in the workplace and leveraging Employee Resource Groups to improve employee engagement and morale.

I am passionate about diversity and inclusion in the workplace and leveraging Employee Resource Groups to improve employee engagement and morale. I am currently serving as the Co-Chair of the Women's Initiative Network at Solar Turbines and am a member of San Diego's Diversity and Inclusion Leadership Council. I hold a Bachelor of Arts in Communication Studies and Business Administration from the University of San Diego and a Master's degree in Communication from San Diego... Continue Reading

Meet experts like Carleen to talk about how to use these ideas in your career:
I'm Ready to Meet the Community