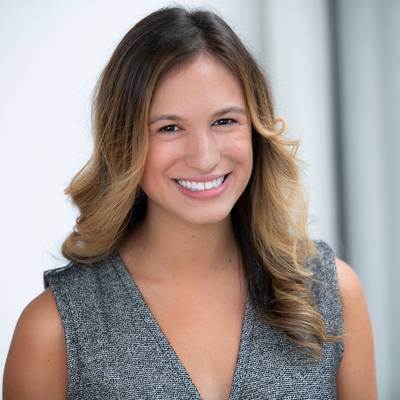 What was supposed to be the promotion of a lifetime became the promotion from hell. My jaw dropped as one of my girlfriends described how she was bullied and undermined at work by a former colleague and friend. As she recounted the not-so-veiled threats the woman had made during their latest run-in, I thought: There is no way this is happening in 2017!

Like most American women, I grew up familiar with the trope of the catty, backhanded woman who wants other women to fail. She is pervasive in pop culture and corporate lore. Nevertheless, over my four-year career, I had not encountered her in real life. And in the year of Time’s Up, The Wing, and the resurgence of “girl power” across the United States, I had only grown more confident that women of the 21st century were allies, taking back our power and boosting each other. Curious whether my friend’s experience was common, I turned to my most valuable resource: my female professional network. Through a short survey, I polled women of all industries about their company culture and how women treated each other in their workplaces.

First, the good news. Of the women polled, over 65% believe the women they work with daily generally want them to succeed, and 74% reported that women in their workplace mentor each other. Just over 50% of those surveyed feel women are adequately represented in their company’s senior leadership. This last figure is especially promising, due to the positive effects of representation in the workplace.

However, 61% of the women reported having been confronted by a female coworker in a way that felt was over-the-line, personal, or significantly more aggressive than typical interactions in their organization. 56% reported the same type of confrontation by a woman in a senior position, and 58% percent have learned of a female coworker speaking negatively about them or their work behind their back at some point in their career.

My takeaway? Companies and leadership are taking the right steps by promoting women to the C-level and incorporating mentorship into their culture. Woman-on-woman sabotage is often the result of inequality, not the cause, and as businesses work to close the gender gap and modernize, I predict that the “crime” rate will trend downward. Sheryl Sandberg cites several bodies of research that show an upward trend of women supporting women in business and government. Perhaps we can look forward to a world in which our daughters don't have to navigate the whims of a volatile Queen Bee or compete to the death for a seat at the table.

Clearly, we're not there yet. If you have an especially unpleasant female coworker, keep reading.

So, there’s a coworker who makes it clear that she does not want to be your friend. You’ve tried to pinpoint why, and you’re stumped. Maybe she’s having a bad day…every time she sees you. Maybe you look similar to her grade school nemesis and your face triggers some sort of playground PTSD. Maybe she never read Adichie. For whatever reason, she's not your ally, and it bothers you. What now?

This is generally a good idea, anyway. But compassion is a habit that requires daily practice and discipline. Here's a great guide to starting this simple habit that will help you shake off the sting when you're victimized by a peer.

[Related: Science Proves Demonstrating Kindness in the Workplace is Your Competitive Advantage]

It wasn't until I started my first agency job at 27 that I looked around and realized that I was no longer the youngest and most inexperienced person in the room. I was no longer the fresh-out-of-college, wide-eyed New Girl who had everything to learn and not much to teach. Although it's easy for young professionals to link their value to their age or junior-level position, the reality is that even a few years of work experience does make a difference in how you behave at work. Whether you’re 26 or 46, younger women are looking to you for cues on how to behave. Let your actions demonstrate how you'd like to see your workplace operate, and treat your coworkers professionally and with kindness.

[Related: Developing A Strong Professional Persona Does Not Mean Becoming Someone Else]

They say the best offense is a good defense, and this applies to social and professional life. Do you know any women who support you and help you grow? Keep them in your life, stay in touch and give back, and continue expanding your circle. As your network grows, instead of internalizing personal criticism or a bad attitude from a coworker, you will be able to understand that this is reflective of the other person’s issues, and you’ll have a roomful of female allies to support that. Furthermore, if someone in a senior position is targeting you, and your performance review or promotion is threatened, an internal ally’s endorsement can help put any groundless disparagement into perspective. At some point in your career, you might get a boss that doesn’t like you, no matter how hard you try. In these situations, keep communication open, document everything, and start proactively looking for a new team. For every woman out there who is just plain mean, ten women have your back and want you to succeed.

[Related: Why Every Solopreneuer Needs A Tribe]

Jessica Stewart is an Account Executive at FCB Health, where she works with clients and creative partners to explore and produce creative solutions to problems in healthcare. Jessica is part of the chapter leadership team for Ellevate Network New York, where she runs Young Professionals content programming with the goal of creating opportunities for women to connect in authentic ways over topics that matter.

I'm a digital native with a passion for progress. I spend my days in a place I love helping make healthcare advertisements for life-changing treatments come to life. I spend my evenings helping women help women through Ellevate. Atlanta----New Orleans----New York City Continue Reading

Meet experts like Jessica to talk about how to use these ideas in your career:
I'm Ready to Meet the Community