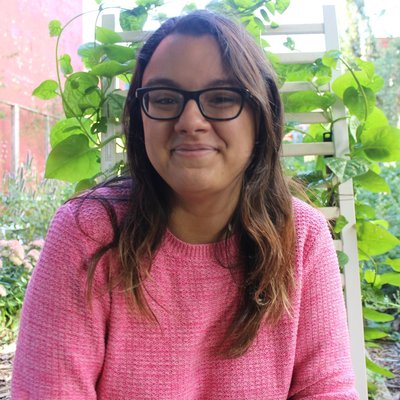 At our Mobilizing the Power of Women Summit, we were honored to have Carly Patterson as our Keynote Speaker. Carly is a three-time Olympic medalist, and in winning her all-around gold medal at the 2004 Olympics in Athens, she became the first American to do so since Mary Lou Retton in 1984. She’d also already made her mark before her Olympic Games even began, as she helped lead the United States to its first-ever World Championship team gold medal in 2003.

Carly’s wisdom goes far beyond her incredible speech. In speaking with us, she offered insights into a wide variety of topics relevant to the professional woman’s daily life. Think your life couldn’t be more distant from that of an elite gymnast? Read on and find out just how much we can all learn from one of the greatest.

A common idea about athletes is that they charge tirelessly through their career with a singular goal in mind, tapping into some inhuman reserve of tenacity to push through the pain. In reality, athletes are as human as the rest of us, and equally prone to burnout. To prove her point, Carly quoted a phrase, “How do you eat an elephant? One bite at a time.”

She explained, “If I would have focused solely on [becoming an Olympic champion], that would have seemed like trying to eat the entire elephant in one bite. For me, setting those little goals along the way is what helped me get the big picture and achieve that big goal.”

[Related: Five Ways to Boost Your Career Goals This Summer]

No matter what your goal, it can be easy to feel overwhelmed (if you’re ambitious like most professional women in the Ellevate community). Breaking your big goal down into manageable pieces -- deciding to put one foot in front of the other, and keeping a mindset of accomplishing that goal little by little -- makes it more attainable and allows you to have realistic expectations of yourself while still working toward it every day.

Not every day is going to be easy. But Carly says, “If you don’t go through the crap, then what’s it all going to mean to you in the end?”

Practicing the patience to train day in and day out without a guarantee of results or success is something that Carly credits her coach, Yevgeny Marchenko, with instilling in her. “He would always say, ‘Carly, hard work never disappears. You might not see it that day, that week, that month, that year, but if you continue to put in the hard work and the effort, your hard work will show up.”

It’s not easy to “go through the crap” day in and day out. The women of Ellevate are tough and fierce, but rough times can get anyone down. If you’re worried your own work won’t amount to anything, remember: “You just have to take one day at a time, one thing at a time. You just have to have the patience for your hard work to show up and pay off.”

[Related: Where You Start Doesn’t Determine Your Success, but These Three Things Can]

Carly was considered a shoo-in for at least one of the two guaranteed team spots at the 2004 Olympic Trials. She had the skills, the routines, the reputation, and the results to take on the best in the world.

And when the day came? “I fell twice and I got third, so I didn’t do that.”

The years after those Olympic Trials have afforded her wisdom on the experience, as she impressed upon us, “Making mistakes is a good thing. We can learn and grow from them.” But that kind of perspective had to come with time. “At first, I struggled with that, because I remember falling twice at the Olympic Trials and being so, so pissed.”

[Related: Rewiring the Brain to Bounce Back from Setbacks Faster and Easier]

Professional women of all ages experience disappointment throughout their careers. Fourteen years later, Carly still remembers her struggles vividly. But it’s important to remember that disappointment can be a tool to ultimately achieving your goals. As Carly says:

No one likes to make mistakes. No one likes not to achieve what they’re trying to achieve. But if we learn to see the good in it and learn that mistakes shape our lives more than the things we do perfectly, then we can really grow and become a better person, become better at what we’re doing, and achieve our goals in the end.

Though she retired from her sport more than a decade ago, Carly continues to inspire athletes and women everywhere with her passion and drive. If you missed her speech at #MobilizeWomen, you can rewatch it here. Carly’s wisdom, grace, and desire to share what she has learned with the world ensure that her influence will last far beyond that day in Athens, Greece.

Carly wasn’t our only speaker at #MobilizeWomen. Check out our Action Guide for wisdom and inspiration from all of our incredible speakers!

Megan Oliver is the Editorial Intern for Ellevate Network.

I'm Ellevate Network's Editorial Intern. I edit all user-submitted content - articles, success stories, spotlights - and publish it on our website. I manage our third-party platforms on Medium and Forbes, as well as our syndication relationships with Entrepreneur Magazine, Thrive Global, The Chicago Tribune, FairyGodBoss, and SkillCrush. Continue Reading

Meet experts like Megan to talk about how to use these ideas in your career:
I'm Ready to Meet the Community