What the World Cup Can Teach Us About Success 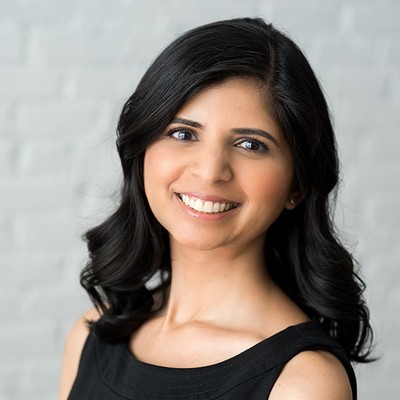 The World Cup. There is perhaps no other sporting event in existence that elicits as much excitement and emotion. Leading up to and during the competition, there are expectations as to which teams will advance, and yet as the tournament progresses, its unpredictable outcomes constantly take the world by surprise. This year’s tournament was no exception.

As I watched the recent World Cup and was caught up in the thrill of the game, I was struck with what these soccer matches can teach us about success - in whatever endeavors we pursue. Below are six such lessons that I came away with.

Lionel Messi of Argentina is inarguably one of the best soccer players in the world, and his team relied upon him for success. However, Argentina was unable to win their match to advance to the quarterfinals. Conversely, France drew upon the collective talents of their players, which contributed to the team winning the championship.

In the professional world, placing the success of a project on a single person’s shoulders will likely lead to a similar outcome as Argentina's. Ensuring there are a variety of voices involved will give your project a greater chance of succeeding.

Prior to the Spain and Russia match, few would have predicted that the lowest-ranked team in the tournament would emerge the winner. What helped Russia pull off the third-biggest upset in World Cup history? In my view, it was because Russia was self-aware and understood their strengths and weaknesses. Russia played defensively for a majority of the game, knowing their odds of winning the match would be higher if they stifled Spain’s offense and pushed the game to penalty kicks.

The same is true in the workplace. Leveraging your strengths and being aware of your weaknesses will lead to taking steps and putting strategies into place that will give your projects the best-possible odds of success.

From the outset, Belgium was considered to be a strong contender, which is why they were the heavily-favored team in their match against Japan. However, it was Japan who took the early lead. Despite the tables seeming to have turned, Belgium never gave up, even when down by two goals. Through sheer determination, they took over the game in the second half and emerged the victor.

In any professional undertaking, unexpected obstacles are bound to arise. Perseverance is crucial for overcoming these. Achieving your company's desired results might require a refusal to back down when the odds are stacked against you, as Belgium so aptly demonstrated.

Success results from creating and capitalizing on opportunities.

Belgium and Brazil were the two highest-ranked teams playing in the quarterfinals. One key aspect of Belgium’s win in this match - as well as in the aforementioned game against Japan - was their ability to create and capitalize on opportunities. When Belgium was able to take possession of the ball through counter-attacks, they did so effectively and with much success. The same was true of France and their counter-attacks, ultimately leading them to victory in the tournament.

Similarly, when building your career or working on a project, you'll need to be vigilant about creating and utilizing unforeseen opportunities. Without this flexibility and persistence, it will be difficult to successfully progress in the direction of your goals.

[Related: Your Playbook for Surviving Change at Work]

Success comes in all shapes and sizes.

The Russian team captured the heart of their nation, and even though they lost their quarterfinal match against Croatia, their journey in the World Cup tournament can still be deemed to be a success. Why? Because no one expected the team to go as far as they did.

While it’s tempting to compare yourself to and measure yourself by what others have accomplished, always remember that success comes in all shapes and sizes. Russia’s progression in the World Cup shows that success is best measured by evaluating an outcome against your own professional objectives.

Success is about believing in yourself.

The semifinal game between Croatia and England was a joy to watch. England took the lead in the first few minutes of the game, but that didn’t stop Croatia, who continued to attack throughout both the second half and overtime. No one could have predicted their unprecedented climb through the tournament, but by its end, they had defied all odds to become the second-smallest team ever to make the finals of the World Cup.

Believing in yourself is critical to achieving success in the workplace. When challenges arise, it's your inner belief that will keep you going, as shown by Croatia throughout the tournament.

For me, the World Cup is much more than just a sport; it’s a platform that can teach us about the many factors that lead to success. I look forward to applying what I have learned from the World Cup to my life, both personally and professionally. I can’t wait until the next World Cup comes around and unearths even more lessons.

[Related: Where You Start Doesn’t Determine Your Success, but These Three Things Can]

Shaifali Aggarwal is an MBA admissions expert, a graduate of Harvard Business School, and the founder of Ivy Groupe, a boutique MBA admissions consulting company. Shaifali’s philosophy focuses on authenticity and storytelling to help clients craft compelling and differentiated applications that stand out. With this approach, Shaifali has successfully helped hundreds of applicants gain admission to top-tier MBA programs.

Shaifali received her MBA from Harvard Business School (HBS) and earned her Bachelor of Arts degree in Economics from Princeton University. At HBS, Shaifali served as VP Admissions of the Women’s Student Association; in this role, she collaborated directly with the HBS Admissions Office as a liaison between current and prospective/admitted students. At Princeton, Shaifali interviewed prospective students for admission as an alumni interviewer. Through these experiences, she has had the unique opportunity to gain... Continue Reading

Meet experts like Shaifali to talk about how to use these ideas in your career:
I'm Ready to Meet the Community