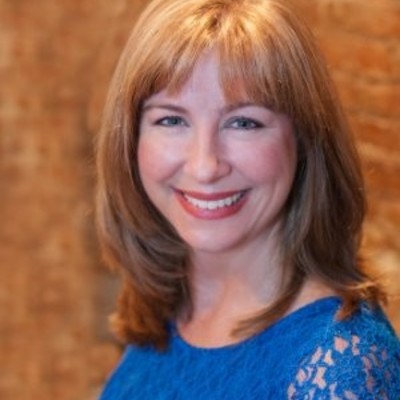 Men's involvement in gender diversity has become an increasingly hot topic of discussion, but few tactics are offered about how to get men engaged. I sat down with Jennifer Brown, diversity and inclusion consultant, author, and speaker, to discuss her perspective on her work with executive men and elevating their journeys as allies for gender diversity.

In the first part of this interview, she shares how she defines what it means to be an ally, helps us understand the struggle that carrying multiple stigmatized identities can entail, and explains why the most powerful allies might not be whom you expect.

Natalie Runyon: How do you define allyship? And where did it actually start?

Jennifer Brown: Although the concept has always existed, I remember on a personal level learning about ally behaviors based on the role of certain white leaders who were visible during the civil rights era, who stood up alongside people of color, who went to march, and used their privilege. They lent their voices, bodies, minds, hearts, and presence to the effort. Allyship really meant the engagement of the majority group that helped the civil rights movement build momentum and gain much-needed support.

When I came out in the early 1990s as an LGBT+ person, my first exposure to allyship was straight allies, and those allies have been an important part of the LGBT+ community. Seeing the improvements that we needed at a policy level, at a human rights level, and at a social progress level, the joining of allies to the conversation gave our movement legitimacy. It gave us air cover and safety. Straight allies have helped our community be more broadly accepted, and we saw the impact of this when we were able to achieve marriage equality.

In the intervening years since I came out, I became a corporate consultant and somebody who specializes in diversity and inclusion. As someone from Generation X, I am seeing allyship continuing to broaden with the Millennial generation and on the heels of police shootings and Black Lives Matter. We live in a hyper-connected world, and young people identify more and more with each other’s identities and struggles — intersectionality is a priority for them.

Straight allies for the LGBT+ community mainstreamed allyship. Black Lives Matter has further enhanced the concept, and the Women’s March and the #MeToo movement have mainstreamed the question, “Are you a male ally?”

[Related: The Importance of Male Voices in the Gender Equity Narrative]

Runyon: What is “intersectional allyship?” And how would you describe it?

We are all intersectional. We all have multiple-intersecting identities that bring varying degrees of challenge, depending on the situation. Even if you have multiple-stigmatized identities, you may still have a level of privilege stemming from another aspect of your identity. For example, if you are cisgender, you walk through the world with a congruent sense of your physical gender, and your internal sense of gender. If you are able-bodied, you might have a privilege in terms of your lack of need for accommodations. By this logic, if you are a queer cisgender man of color, you have male privilege.

Using myself as an example, I have two stigmatized identities as an LGBT+ person and as a woman, but I also have my identity as a white person. These identities intersect in interesting ways. My ethnicity is relatively less stigmatized in the business world, for example, so my goal is to be called an ally to colleagues of color who may struggle to be heard more fully. On the flip side, as a woman and as an LGBT+ person, I need male allies and straight allies. I can also be an ally to someone with relatively more privilege than I have, in terms of assisting them in their own learning process about navigating difference, and in their own journey towards allyship. Intersectional allies wear multiple hats, as we attempt to create change around us.

Natalie Runyon is a inclusion leadership strategist, professional ally of underrepresented groups, intrapreneur, recovering entrepreneur, mother of two, non-profit board member, and wife. Her life's mission is advancing women and colleagues of color to attain positions in the executive ranks of corporate America and political institutions.

This article was originally published on Legal Executive Institute.

Inclusive Leadership strategist with a focus on transforming organizations and driving change at the intersection of go-to-market opportunities and inclusion. Especially skilled at influencing senior stakeholders to obtain buy-in and lead change around inclusion initiatives across a highly matrixed organization and in a cross regional, fast-paced environment. Adept at coaching and managing people that increases organizational performance and that results in more effective inclusive leadership behaviors for sustained cultural change. Continue Reading

Meet experts like Natalie to talk about how to use these ideas in your career:
I'm Ready to Meet the Community