When a Colleague Pushes Your Buttons At Work, Should You React? 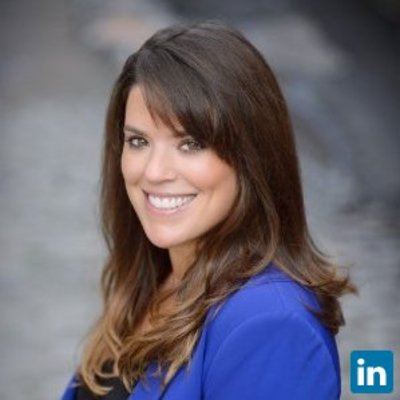 Several years ago, I was brought in by leadership to add another layer of management to the team. It was a difficult situation - the leadership wanted me there, the team did not. Consequently, it often felt like certain members of the team were out to get me.

I wasn't imagining this - there were instances where people actually tried to undermine me publicly. One time, this happened during a large team meeting of about 50 people. A junior male colleague decided that would be an appropriate time to tell everyone that I had lied about something. I don't even remember what he said I was lying about, but I remember how I felt in that moment.

I felt my blood boil. I am a lot of things, but a liar isn't one of them. Once you attack my integrity, it's on. I wanted to verbally tear him to shreds in front of everyone for spreading this false information. I wanted to defend myself.

In fact, I didn't say or do much, despite wanting to very badly. My lack of reaction was partially due to shock (this accusation caught me off-guard), but I also felt like doing anything in that moment would be a losing battle.

[Related: How to Find Your Voice – When You Feel Like You’ve Lost It]

So, I decided to set up time to talk with him 1:1. I needed to get to the bottom of this and establish that this was not how we were going to operate. When we met a few days later, I was calm, confident, and curious. I didn't attack him, but I did question him carefully, without giving him much wiggle room. It only took a few minutes for him to realize I hadn't lied.

He became visibly uncomfortable, profusely apologetic, and then...he cried. This grown man who had the nerve to call me a liar in front of our whole team suddenly wasn't so tough when we were alone.

I had no intention of bringing him to tears. I was stern but kind during our meeting. But I did set the tone for the rest of our relationship and showed that I wouldn't tolerate any more undermining and gossip.

This story is a classic example of the battle we all face at some point at work: Do we react emotionally or remain stoic? Do we stand up for ourselves or ignore the haters?

I'm actually a big fan of both approaches. Emotions and stoicism both have their place at work. Personally, I like to lead with a stoic approach. I like to be in control of my reactions to other people, and it doesn't feel good to let my impulsive emotions drive my response to situations. But I'm also a passionate person, and sometimes I have big reactions. It would be inauthentic if I walked around with a poker face all the time.

So how do we balance being our authentic selves and staying professional when handling challenging situations at work?

In either case, know that you don't have to react in the moment when it's happening. You can absolutely put a pin in the conversation and circle back after you've had some time to think and re-group.

Some things to consider when you take this space to gather your thoughts and make sense of your feelings:

Figuring out how and when to react when someone challenges you at work is tricky, but critically important, especially as you progress in your career and become more visible.

Not everyone is going to like you. And people will test you to see how far they can push you. How you react will set the tone for what you tolerate and the professional standards you expect from your colleagues.

I know how tough and idiosyncratic it can be to figure out what feels good for you. In my 7 Day Boot Camp, I devote an entire day to helping you see how you can show up in a way that's authentic and feminine, but also doesn't allow others to walk all over you.

Finding this balance and what works for you will allow you to progress through conflict and challenging situations at work with greater ease.