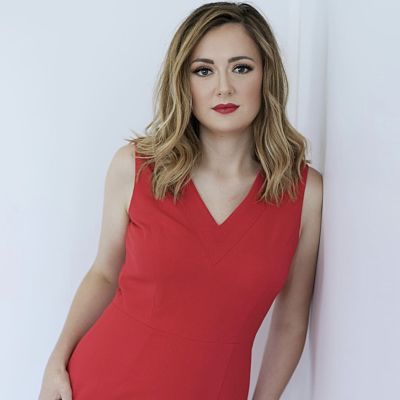 At 23-years-old, Noelle Johnson vowed to never again accept a job she didn’t love. As a self-proclaimed complainer, she’d spend most of her time at work grumbling about projects she didn’t want to start. Her stress levels would rise hour by hour. By the time 5 o’clock rolled around, she’d go home only to continue complaining.

Then, a doctor found a tumor on Johnson’s brain. She began to lose her ability to read, write and speak.

“When I was sick, my boss gave me an assignment to call a hundred people to negotiate prices, even though I could barely speak,” Johnson said. “I realized that wasn’t what I wanted for my life.”

Instead, she took a bet on herself.

Johnson quit her job, withdrew all the money from her 401k to pay her bills and immersed herself in trying new things.

In just a few short years, those experiments led her to launch her own tech company called My Interview Buddy. The platform prepares women for job interviews and partners with companies to help them make the hiring process more effective. Johnson’s mission is to help employees find a fulfilling career and help organizations hire and retain top talent – a journey born out of her own unhappiness.

She started small, working with Nashville-based clients. But in less than a year, she has added international names to her roster.

Along the way, Johnson has learned invaluable lessons about succeeding, negotiating and why you shouldn't settle for a 9 to 5 you’ll dread.

Position Yourself Next to Power Players

When Johnson quit customer service, she dabbled in non-profit work. At each organization, she strategically placed herself next to the executives calling the shots.

“As an executive assistant I had my hands in a little bit of everything, which helped me see what wasn’t working or what could be improved,” Johnson said. “Once I started sharing my observations, CEOs would ask me for my opinion more often. That’s when I realized I could really make a difference.”

If you’re not able to leverage your job to connect with leaders within your organization, look elsewhere. Reach out to people in your field who you admire and ask for an informal meeting.

Then, ask questions and listen – that’s how Johnson developed her business model.

Step Into Your Best Friend’s Shoes

Whether you’re interviewing for a new job or negotiating a raise, Johnson says it’s important to think about how a friend or family member would describe your success.

“Think about how your best friend would go to bat for you,” she said. “Would she say you completed a project? Or would she say you strategically planned each facet, led the team and created a finished product that served others and earned you accolades from supervisors?”

Recognize a Red Flag When You See One

Speaking of negotiation, Johnson has watched how both men and women ask for more. Unsurprisingly, women tend to give in much more quickly. But aside from becoming more confident negotiators, women also need to recognize when the process is raising a red flag.

“Women back down because they don’t want to lose an opportunity because they asked a question,” Johnson said. “If a company is spooked by you negotiating, that’s not a company you want to work for.”

It’s likely negotiation will be a daily part of almost every job, whether that’s with coworkers, clients or a boss. If a company is turned off by a little back and forth, it may be time to walk away.

Do What You Love, Not What Pays the Bills

Life is expensive. Johnson knows you have bills to pay and families to care for – but that she argues none of that justifies accepting a job that’ll make you miserable.

“If you don’t love whatever you’re about to get into, you’re going to hop from job to job and never feel fulfilled,” Johnson said. “Too many people think their paychecks will inevitably be separate from their happiness. That's not true.”

If you’re struggling to nail down a career that'll make you care, take comfort in the fact that you don’t have to live off your retirement fund while you figure it out.

Johnson recommends investing an hour each week into trying something new. Volunteer, check out a networking event or take a class that piques your interest.

[Related: Planning Your Next Career Move? Don’t Forget to Join a Nonprofit Board]

Acknowledge Fear, but Don’t Let it Paralyze You

Once Johnson was declared tumor free and she became serious about launching her own business, she realized a career change can be just as terrifying as a health scare. And that’s okay. It’s normal to fear change and transition. It’s natural to feel overwhelmed and inadequate.

Recognize fear but don’t let it bully you into inaction.

“Just get started,” Johnson said. “You don’t have to quit your job and have everything together to get started. Take one step, identify how you can help somebody and start talking to people about it. The rest will follow.”

I manage all external and internal communications and marketing for the Alzheimer's Association across the state of Tennessee. I previously worked in broadcast journalism for five years as an on-air reporter covering everything from presidents and celebrities to crimes and court cases that made national headlines. My writing and reporting earned several regional awards and frequently landed on national networks. Continue Reading

Meet experts like Sarah to talk about how to use these ideas in your career:
I'm Ready to Meet the Community