The Three Strategies Experts Use To Overcome Failure 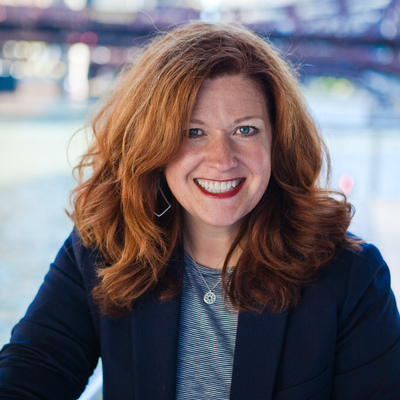 It’s 2008. It’s the Big Ten Indoor Track Championship. Heather Dorniden Kampf, a rising star at the University of Minnesota, is the favorite to win the 600 meter race. She’s running strong, neck in neck with another runner from Penn State. Then, just 200 meters from the finish, Heather experiences an epic fall.

So it's over, right? Wrong. Faster than you can pick up your jaw from the floor, Heather springs up and starts sprinting. She is dead last. In one of the most thrilling minutes in sports history, she gradually picks off every other runner and ends up winning, literally by an inch.

That is some resilience.

Everyone would have understood if she stayed there on the ground, convinced that she had failed and there was no chance of recovering from a fall like that.

But she didn’t stay on the ground. She got up, she finished what she started and she emerged the champion.

Heather went on to become a four-time U.S. National Champion and now professionally competes internationally as a middle distance runner.

What if she had let that moment define her? What if she had stayed on the ground, admitting defeat? What if it had changed the entire trajectory of her career? Of her life?

When have you had a debilitating setback in your career? An epic fall, even? We’ve all had them!

Do you think you’re the only one who has experienced a setback or failure? The brilliant inventor Thomas Edison attempted multiple innovations that failed miserably before he famously invented the light bulb. Media powerhouse Oprah Winfrey was demoted in one of her early TV jobs. Before Microsoft, Bill Gates and his partner launched a company that imploded. Fashion icon Vera Wang didn’t make the Olympic skating team, so she applied as an assistant at Vogue. Basketball legend Michael Jordan was cut from his high school basketball team because he was believed to not be skilled enough.

Imagine the world if any of these powerhouses packed it up and stayed on the ground. But they didn’t. They went on to become names synonymous with innovation, sheer brilliance and success.

So why do we let our failures stop us in our tracks? Why do we feel pulled to stay on the ground, instead of getting up and finishing our race?

If there’s one thing I’ve learned as a coach, it’s this: fear is the #1 barrier to success for most people, and it’s completely normal to feel afraid! Here’s why:

So we stay on the ground, because the ground is where things are stable and seemingly safe.

But here’s the thing. You were not put on this earth to stay tethered to the ground. Knowing that the road ahead of you is paved with the failures of giants, how can you learn from them and bounce back from failures to ultimate success?

Here are three strategies the experts use to overcome failure:

If you’re feeling apprehensive about taking a bold step, think back to a similar experience when you were successful. What went well? How did it feel? What was it you did that created a great outcome? Think about how you can apply that sense of confidence to the current situation. And…go!

In his book The 4-Hour Workweek, Tim Ferriss outlines a process to overcome fear of plunging into the unknown. It involves vividly imagining the worst thing that could possibly happen, then writing it down. Then, write down the steps you’d take to repair the damage. In many cases, you’ll find that worst-case really isn’t that fatal. After that, start to list what more likely scenarios might be. Reflect on what it’s costing you (in every way) to postpone action, then ask yourself what you’re really waiting for. And…go!

Sometimes, we hold ourselves back because we haven’t clearly defined the outcome we want. Take some time to be descriptive in what you want to accomplish. Set clear, SMART goals. Maybe create a vision board that you can revisit daily to remind yourself of what you want to achieve. Reflect on it, perhaps as part of your meditation practice. And…go!

Laura Honeycutt is a former stressed-out advertising exec with imposter syndrome now devoted to helping women step fully into their personal power. Her mission is to help enable more women to achieve audacious success in their careers and lives by helping them truly believe they are the rock stars they actually are. Her work with clients helps them to identify the beliefs, perceptions, or stories they (or others) have been telling themselves for years -... Continue Reading

Meet experts like Laura to talk about how to use these ideas in your career:
I'm Ready to Meet the Community