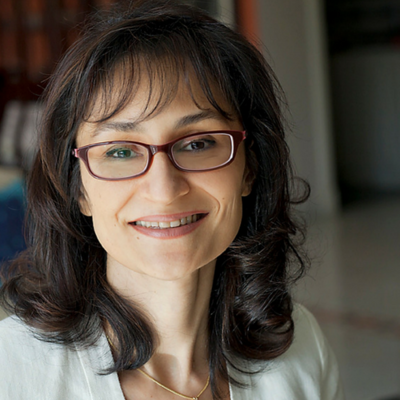 When my oldest daughter turned three, we decided to throw a huge birthday party for her. We were young and enthusiastic, and we had the same fervor of first-time parents who marvel at their child’s every word and action.

As the guests were saying their thank yous and goodbyes, one of them, a young man, shook my husband’s hand and said, “Great networking event.” Even though I was totally beat by that hour, I still remember wondering when, between Barney, the clown, and the puppet show, he had found the time to pass around his business cards.

Fast-forward many years, and networking has taken on a whole new meaning, especially for women. From the superficial soulless exchange of cards it was once considered to be, networking is now seen as a safe space and sounding board that can help high-achieving women rise to their highest potential.

This change in perception is largely due to the rise in female networking groups. Gender inclusive networks, important as they are to overall professional growth, do not allow women to take off the masks they wear in order to show up effectively in the workplace. They do not invite the kind of deeper conversations that go beyond work and into their personal lives and challenges. Nor do they hold space for the emotional angst of self-judgment that comes from being in environments where they have to be someone else.

Female networking groups help women remove their masks. They are the safe spaces women need to connect to their sources of courage in order to step out and embrace the risks and opportunities they have been avoiding.

This need for safety is wired in our bones. You see it in a toddler on her first day at school, who finds the courage to make new friends and play with toys as long as mommy is in sight to cheer her on and to wipe her tears when she gets hurt or rejected. And you see it too in the toddler who is left at the door, crouching in a corner and watching other kids play and eat, waiting until he can go home and do the same.

Today’s workplaces can sometimes feel not-so-different for women. The stresses of competitive environments, the “double-bind” of competence and likability, and the organizational barriers that limit their growth can all rev up the body’s threat system.

Without the support of genuine connection and affiliation, many women go into the “drive mode,” the other face of the threat system, where their striving is underpinned by fear. It can show up as playing small and lowered risk-taking or as perfectionism, comparison, and burnout. As a result, we have way too many women feeling stuck in the workplace.

Female networking groups provide the trusting connections women need in order to strive from a place of security and rise to their highest potential. Almost all successful women vouch for the strength and support they got from their female tribe who held their ladder and cheered them on from below. If you’re looking to join or start one of your own, here are three key characteristics you'll want to look for.

Is it a safe space?

Women are naturally wired to be relational. Many of them have lived a lifetime being affected by other people’s comments, body language and emotions - real or perceived. An effective group needs to provide the non-judgmental space where women can tread the path of self-discovery, find the permission to be real and authentic, and connect to their feminine superpowers of receptivity, intuition, and heart.

Does it expand your vision?

High-achieving women are looking for a place to grow and make a difference, try on new ideas, process challenges, and find validation for their experiences. The group needs to have women with common motivations so that the company of other brilliant women on similar journeys can expand the boundaries of their vision and provide them with valuable insights that lead to exponential growth.

Does it open doors for you?

The secret to success often lies in access to the right opportunities at the right time. Many women are out of the “loop,” often because they carry the double burden of motherhood and management. An effective group needs to include not only mentors, but sponsors who believe in you, look out for your interests, and are committed to your success. Similarly, you need to be a sponsor for other women in the group.

At the end of the day, female networking groups speak to a woman’s paradox of head and heart and support the inner and outer work of being a leader.

Homaira Kabir is a wellbeing and leadership coach who helps high-achieving women develop their authentic presence. She is also a self-worth researcher and widely published writer. You can take her confidence quiz here.

I'm currently working on a book for women in the workplace who are looking to take their careers and lives to the next level. It's based on my postgraduate research on women's flourishing, the difference between fragile and grounded confidence, and my evidence based framework of professional development through personal growth. As a member of the Ellevate community, I want to share this research with others, because we're missing a key component in our understanding... Continue Reading

Meet experts like Homaira to talk about how to use these ideas in your career:
I'm Ready to Meet the Community