How We Can Overcome The Leadership Double Bind 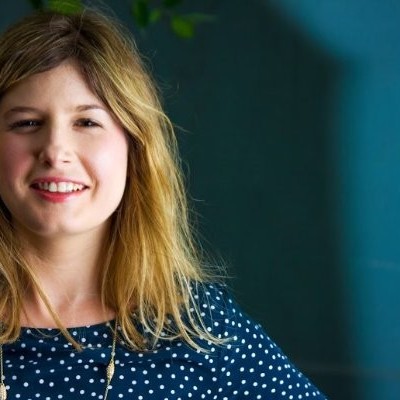 I have embodied the double bind women face in leadership many a time throughout my decade in the corporate world. And I worked for progressive women who wanted to see other women succeed - so ladies, we’ve got a problem.

Let’s set the scene: I was the 28-year-old head of the finance division at my organization. I worked with a 40-something male sales executive who was legitimately not doing his job, any way you sliced it. I tried to set deadlines, send him leads (note: not my job), ask him how I could help him meet expectations - and it never resulted in anything besides utter lack of accountability. It was unreal.

So I asked my dad, a high-level senior executive with a ton of gravitas, for advice. The advice was a solid way forward, but unfortunately not for me, a woman. I wound up hauled in front of HR for my "e-mail tone."

At first, I was blindsided. I thought my dad ran multi-billion dollar companies and had strong leadership principles. Was he really so off-the-mark? What’s an e-mail tone? Since when is asking for a detailed report the next day bad?

[Related: One Thing You Can Do to Be a Great Supporter of Women at Work]

I guarantee you, had my dad delivered the same message in the same way to the same man, he would not have been sitting in front of HR for his "tone." In fact, I bet the guy would have given him what he needed - with alacrity.

Meanwhile, whilst I was being called harsh and unlikable, I was also the only executive in the building who was trying to do team development in a fun way - celebrating wins, birthdays, and Cinco De Mayo. I was trying to nurture a team in an environment that didn’t always allow for it. In other words, at the same time I was being chided for my "tone," I was also the "cool manager" who was "nice and compassionate."

Classic double bind. I could go on and on, but I think you get it.

Most of us will agree that this is very real, and there are gobs of research out there proving it. We’ve seen the research and experienced it ourselves as women on a visceral level.

What I haven’t seen a lot of is a comprehensive plan of action for what we can do about this. Should we "play the game," as Brynn Tannehill does in her meetings, where she effectively gets her ideas out there but acts as if they were someone else’s? Should we "smash the patriarchy" by simply refusing the play along? Or is there somewhere in the middle?

I'm not so naive as to believe that what I’m about to outline is the only way to do things, but I’m putting this forward as a compelling way to start to break this seemingly unending double bind situation we’re all mired in. I’m aware there are caveats and complications to each of the suggestions below, and I am excited about discussing the shades of gray in all of these.

Get the dudes on board.

We can’t do this alone, ladies!

The CEO of YouTube understands the need for male allies. Be direct about the uphill battle you’re facing and ask for help. It takes a little time to suss out who could potentially be a male ally, but in the end, it tends to be fairly obvious. Is someone at your office often asking about your goals or finding unique opportunities for you to shine?

Honestly, open and direct communication about the issue is the biggest and quickest way to bring up the elephant in the room. Asking open questions and pointing out inconsistencies in behavior is a great place to come from.

For example, if your male boss calls you "edgy" and you work in finance with a bunch of aggressive (and edgy) men, you can politely ask, “Edgy compared to whom?” and open up the conversation.

Consider leadership training for your team.

I’m not talking a "check the box" workshop or two-day event. I’m talking about training followed by immersive coaching and learning on the job to put leadership principles into practice and cement those bad boys.

This list is by no means exhaustive. What are your suggestions for women trying to overcome the leadership double bind?

[Related: You're Warned. You're Given an Explanation. Should You Persist?]

Jill Ozovek is a learning and development strategist and executive coach in NYC. She designs leadership and new manager training programs and on-the-job learning for fast growing companies.

I am a career & executive coach, learning and development strategist, instructional designer and project manager and I bring this unique combination of skills and experiences to mid-sized, fast growing companies to help talent managers, senior leadership and heads of functional teams improve their employee engagement and retention. Working with my nimble team, we easily adapt to your needs and company culture and can either lead a major engagement initiative (like building a new manager... Continue Reading

Meet experts like Jill to talk about how to use these ideas in your career:
I'm Ready to Meet the Community