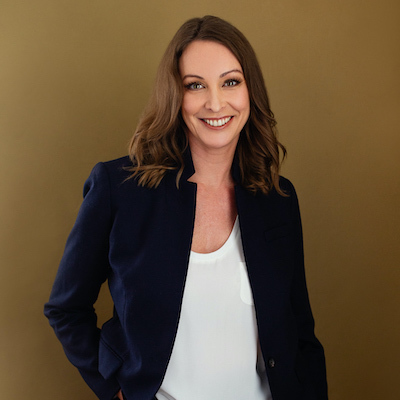 Horses are herd animals that have an innate need to establish a pecking order within their pack. They need an alpha so the group understands who is leading and who is following - essentially, who needs to think about what. Very much like team behavior for us.

The same alpha dynamic carries over to horses’ interaction with humans. If you have ever ridden a horse, you know that there is an unspoken agreement about who is in charge - the horse or you. It is never both, much like interactions between teams and matrix groups at work.

There are many parallels between horseback riding and leadership. Think about times you have been on a horse and the horse is charging ahead and you don’t know where they are going. It feels out of control.

The same thing goes for working for a leader who is not open and transparent about their goals and strategy. And if you are trying to lead and someone on your team is not working collaboratively, it pulls the whole pack off-track.

Being the alpha means leading, setting boundaries, providing direction, pulling the reins when someone strays too far off-track, and calling on someone to ride faster to catch up or get ahead. While many people think it is an assignment that goes part and parcel with a management role, it's actually a mindset. People who recognize this can emerge as great leaders within teams and initiatives, even if they are not formally in charge.

[Related: 5 Ways to Influence Without Authority]

While the term "alpha" is most commonly associated with “male,” it's really a gender-neutral designation for "leader" in the animal world. In fact, with horses the alpha is almost always female.

There is nothing inherently male or female about being an alpha, and it does not need to equate to being aggressive or brash. It does mean taking charge, setting direction, and communicating clearly for the benefit of the whole group.

The best leaders find a style that is true to their personality and character. This is more about confidence and authenticity than it is about using particular methods. It doesn’t mean you bark orders or bully. Great leaders listen and show empathy. They demonstrate grace. You can do this AND be in charge.

One place to do this is with a team you formally own. It is really important to establish your alpha-ness when you inherit a team or are elevated into a new role because everyone is looking for certainty around the role they are expected to play.

Will they be seen, heard, recognized for their contribution and potential? What ways of working will you establish? Will you being in the role hurt or help their career? These things need to be addressed quickly to build confidence and rally the group around you and behind a common purpose.

It is just as important to do this with internal projects. This is where many company-improvement initiatives fall, meaning they are side projects for people to work on in their “free” time. As a result, they are at the greatest risk of languishing and not making real progress. They need a passionate leader and often have the potential to make a big difference.

If you feel there is a lack of clarity in the work you and your team need to do, look for the alpha. If you can’t find her or him, step up and take the lead.

[Related: Want to Be a Better Manager? Sweat the Small Stuff]

Throughout her twenty-five-year career, Michelle Bogan has mentored colleagues and clients, founded and led women's groups, and helped promote many women and men to leadership positions. In 2018, she founded Equity for Women to advance the mission of empowering women at work.

Michelle's mission is to help companies create equitable workplaces. She is the Founder and CEO of Equity At Work®, helping leaders achieve major impact through their diversity, inclusion and equity work. Additionally Michelle is an Investment Committee Member for the Revtech Equity for Women Fund, investing in women-founded, co-founded and led startups in retail technology. She is also on the Advisory Board of Theatro, an AI tech solution for workforce communications. Michelle previously worked at Accenture,... Continue Reading

Meet experts like Michelle to talk about how to use these ideas in your career:
I'm Ready to Meet the Community