It's Time to Call Out Bad Behaviors 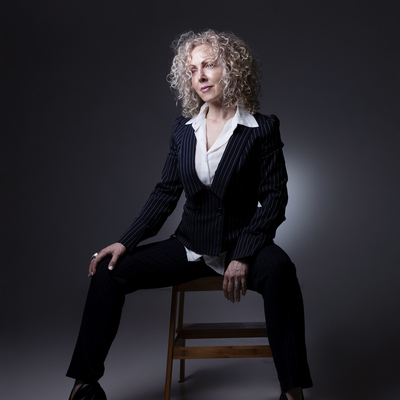 I know a leader, an entrepreneur named Marcia, who many years ago caught a team member criticizing about her to a couple of other members of the team while they were making coffee.

Marcia suspected that it was going on, undermining her authority and causing friction amongst the group, but this was the first time she had actually witnessed it. It was unprofessional and uncalled for, and the staff member in question had not once voiced her "concerns" with Marcia directly but preferred instead to gossip and spread negativity when she had an audience in the lunch room.

When the young woman finished speaking, Marcia spoke up – she’d been quietly listening at the door. All she said was:

Frances, please come into my office straight away.

When they were alone, Marcia asked Frances to tell her exactly what her grievances were. The young woman could not say. She was embarrassed at being caught out.

After a little while of waiting, Marcia told Frances how important open communication was to her and asked her why she did not feel like she could approach her directly with her views on how the company was being run and any ideas she might have to improve things. Frances said nothing. She asked Frances how long she’d been feeling that way. Still, Frances said nothing.

More silence continued, so Marcia began to explain that regrettably, Frances would need to leave the company if she would not discuss it because there was no way the two of them could continue working productively together while Frances had such a grudge that she was not willing to talk about.

Marcia waited a little more. Frances still said nothing. She just stared at her hands in her lap. Eventually Marcia dismissed Frances and then a couple of hours later, Frances walked into Marcia’s office and handed in her resignation. Marcia thanked her and promised her all of her entitlements.

Frances left the company the same day, never to return. But years later the two women ran into each other at a shopping center and with a big smile, Frances said hello to Marcia. Shyly, she told her that “that day” was one of the most difficult, but also one of the best in her life.

Frances explained that out of the situation, she was forced to look at herself. She said the conversation between the two women was the wake up call she needed to stop behaving like a teenager in a school yard, and to start behaving more like an adult operating as part of a team with an important job to do.

Frances did self-esteem courses and courses in personal communication and moved forward in her career, but she never forgot that her altercation with Marcia. She called it a blessing in disguise.

I love that story, but it still surprises me to this day that many individuals, leaders, and teams don’t call out bad behavior in the workplace.

The problem is this: By not calling out on bad behavior, we are just as much to blame. We are encouraging others to behave this way. In some instances, we may even be rewarding bad behavior by going along with it.

And you know what? Fear is what stands in the way of us doing anything about it.

The truth of the matter is this: Behavior is 95% unconscious, which means that the offending party is not even aware they’re doing it. You heard right.

Ever witnessed someone just losing it? I mean really, really losing it? And asked yourself:

Hey, what the hell is going on?

Most bad behaviors come from insecurity; it is so much more than what we see, so it’s important to call it gently, but in a timely way – the sooner, the better.

When we accept bad behavior, we’re making a big impact on the culture of the team and the organization. So don’t wait a month or two. It’s all in the timing, and it is essential to have that conversation there and then, when you witness the bad behavior.

Now…there are a couple of ways to play this.

Perhaps you could address it there and then with a question like:

Be compassionate. There will be underlying causes you know nothing about. You could also share how you’re feeling, something as simple as:

I am really not comfortable with how you are speaking to this individual right now.

Check in with how you’re feeling too – if your buttons have been pushed and you’re boiling with rage, it’s best to step back and cool down. But don’t let the situation fester, and don’t ignore it. Remember, timing is crucial to a productive outcome.

Always express your feelings in a non-threatening way, allowing others to feel safe and receptive without conflict. And remember, the more specific you are about how this situation has affected you, the less chance of a blowout.

[Related: When a Colleague Pushes Your Buttons At Work, Should You React?]

Learn to respond with composure.

Quite often we fall into “assuming an outcome” or assuming how others feel, and that does nothing but raise defenses, so stick to how you’re feeling (it’s the only thing you know with accuracy) and don’t blame (you’re feeling the way you do, not because anyone made you feel that way, but because the situation is making you feel that way).

There’s a difference. And often if you gently open up and express yourself, people will respond, because it’s non-threatening, and you can start to talk about the issue at hand.

The kooky thing is that if you don’t address a situation when you are most annoyed with a person’s bad behavior, then most likely you will hold a grudge or end up disliking this person altogether. This is counterproductive when it’s possible to calmly get to the root cause of the matter and work things out.

You are doing them a favor.

Bad behaviors sit in our blind spot, and the only way to shine the light on our blind spot is when others have the courage to stand up to us in a empathetic way. This is true leadership. When you take the time to respond (rather than react) and find out what’s going on, it's possible to help the other person get clarity on the situation, and you might just be surprised what you learn.

When you come from a place of empathy, you are not blaming the other person, you’re in fact doing the opposite – you’re sharing the responsibility for the situation that got them all fired up to begin with. Courageous leaders call out bad behavior from a place of kindness and curiosity to determine the intent behind the behavior and to encourage the other person to understand the impact they have on others.

It’s not easy, but if you can think of it as a gift, then you can see that calling out bad behavior creates respect, collaboration, growth, and change within an organization and culture, but most importantly at an individual level. It’s not only something you give the person in question, but something you give the team, as well.

[Related: How to Find Your Voice – When You Feel Like You’ve Lost It]

Catherine Plano works one-on-one with women to help them reconnect with themselves. In 2012, she launched the I AM WOMAN Project, which is now a global weekly podcast where women from all over the world share their stories.

Catherine is known in her community as an innovative leader and creative entrepreneur who specialises in helping people achieve their goals and dreams. She is passionate about assisting others to reach their highest ambitions and live a life that is fulfilling and rich. She is a strong advocate and a leader by nature. Catherine thinks BIG, encourages possibilities, and honors individual wisdom and strengths, and is valued for helping leaders build stronger and more effective... Continue Reading

Meet experts like Catherine to talk about how to use these ideas in your career:
I'm Ready to Meet the Community