Dear Sir - Don’t Let #MeToo Make You Afraid of Me 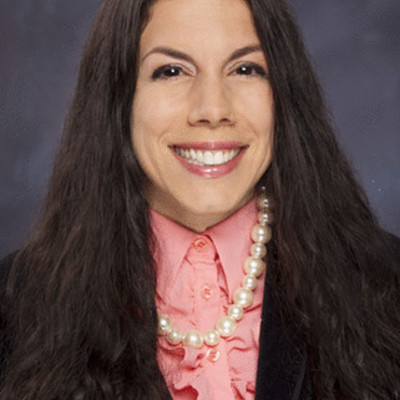 Something troubling has been happening to me lately. Men appear to be afraid of me. A male superior at work asked, “Is it okay to say that?” after complimenting me on a new pair of “funky” boots. Another man apologized profusely after tapping my elbow. A male colleague called after a tense, but completely professional conversation to make sure that, “You are okay and don’t feel like I was rude.”

While this extreme politeness could indicate that the #MeToo movement is having a positive impact, it’s more likely a sign that men are unsure of how to interact with women. It’s an unintended consequence of the movement, which could set both men and women back to the wrong outcome — a world where men are advised never to meet with women alone to avoid any chance of being called out for harassment.

Recent surveys substantiate my experience. Lean In and SurveyMonkey found that nearly half of male managers are uncomfortable participating in mentoring, working alone, or socializing together with women, and that the number of male managers who are uncomfortable mentoring women has more than tripled. A recent Harvard Business Review study exploring the #MeToo and #TimesUp movements' impacts on creating lasting improvements in their organizations revealed some “adverse reactions.”

[Related: Good Men of the World: Step Up. We Need You.]

“Men and women are not talking to each other. The environment is becoming sterile and completely unenjoyable to work in,” replied one survey member. According to the survey, 65% of men indicated that since the movements began it’s “less safe” to mentor and coach their female colleagues. This unintentional consequence hurts the women the movement was meant to serve.

“There is fear of not wanting to say the wrong thing, to be blamed, or to be part of what could be a harsh workplace environment,” Marcus Patterson tells me. Mr. Patterson recently completed research on how to engage men in achieving women’s equality for Ellevate Network, a network for professional women.

“Strangely, it’s men who aren’t doing anything wrong who are feeling needlessly nervous,” says Dr. Arin Reeves, a leading researcher in workplace leadership and president of employment advisory firm Nextions. “The men who are not nervous are probably the ones to worry about.”

But let’s talk about the elephant in the room — why are so many men stumbling in their ordinary discourse and interactions with women at work? It could be the belief that minor behavioral lapses, far below the standard of sexual harassment, have ruined other men’s careers.

They’ve become distrustful of women colleagues whom they believe may be looking for an opportunity to falsely yell, “Me too!” Of course, there are bad actors still lurking in the office, but this mistrust comes with a huge opportunity cost for working women — missing out on mentorship by men with valuable experience and skill sets to share.

[Related: Empowered Women and the Future of the Work Economy]

We get why men are nervous. “We talk about what are wrong behaviors, but we never as a country, as a culture, talk about what the right behaviors are,” says Reeves. “Imagine if someone watched you eat for week, and pointed out all the stuff that was unhealthy, but never thought to tell you about what was healthy. You’d be nervous every time you picked up a fork.”

So, to all our male colleagues — it’s okay to compliment a haircut or outfit. But think short and to the point: “Nice haircut!” or “Love the new shoes!” Don’t comment on how someone’s body looks, how their appearance makes you feel, or what someone should wear. More importantly, think about complimenting women for their work, rather than just their appearance.

As for mentoring and meetings, if it’s feels uncomfortable to take a woman out to a drink, then take her to breakfast, lunch, or coffee. If you are still uncertain, consider mentoring a pair of women or larger group and take them out together. Another idea that Reeves offers to male mentors: Let the mentee drive the relationship. She suggests telling her: “Please tell me how often, when, and where you want to meet."

“I don’t think it should be this way, but having a more defined structure and outline could help some men keep any perception of inappropriateness out of the conversation,” says Patterson.

It’s the good guys who are understandably nervous — and we appreciate why you’re uncomfortable in this brave new world of office politics. But please continue braving those nerves to talk with us, meet with us, and mentor us — just as you would male colleagues. We need to work together more now than ever.

[Related: The Surprising Result of #MeToo in the Workplace That Men and Women Agree On]

Arielle Lapiano is founder of Shattered Glass Tees - a company that sells empowering women’s and girls' products to fund charities that support girls - and Director of Communications and Public Relations for a leading global law firm.

Meet experts like Arielle to talk about how to use these ideas in your career:
I'm Ready to Meet the Community